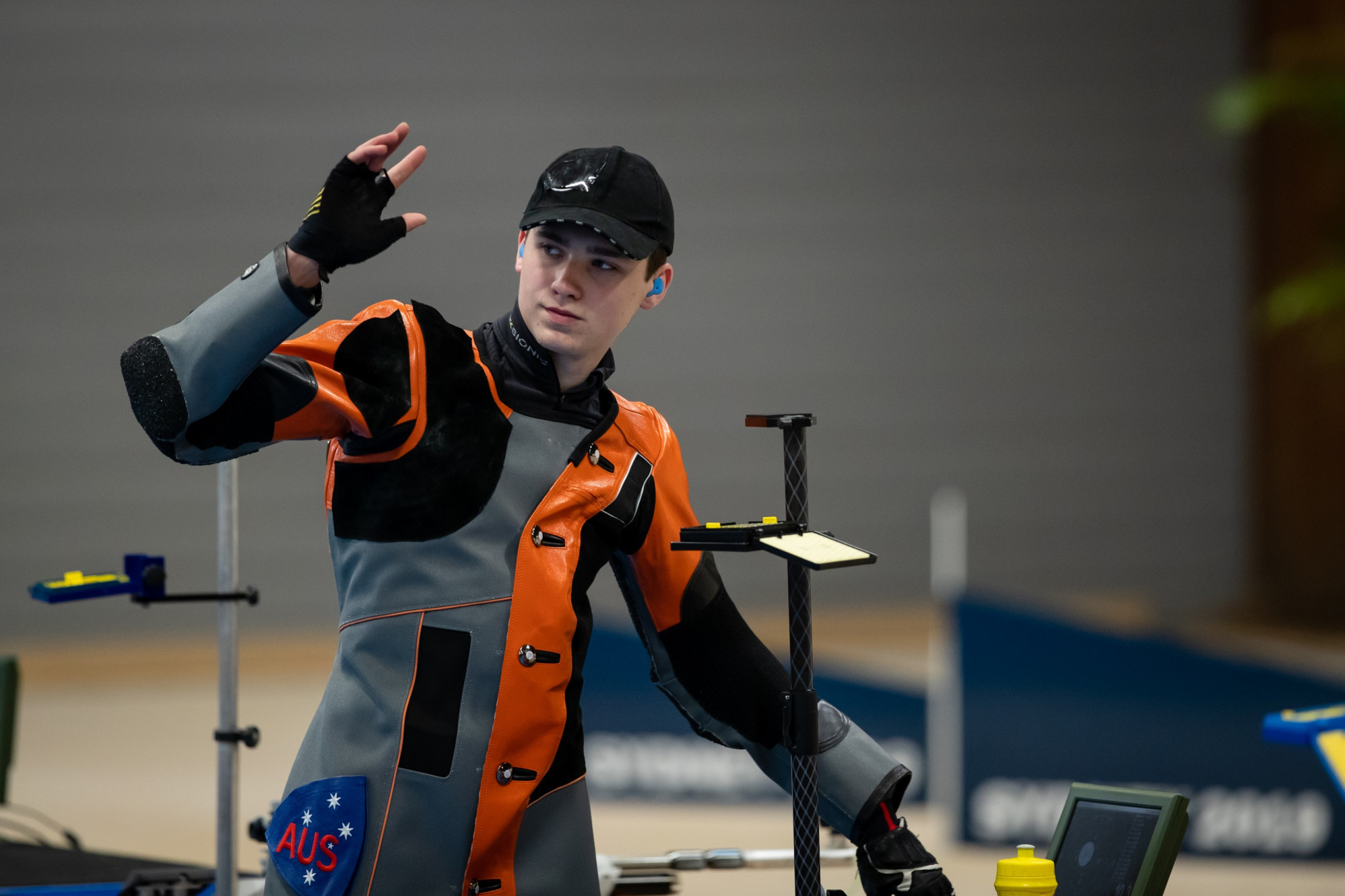 The trio took giant steps towards fulfilling their Tokyo 2020 selection ambitions by winning their respective events with Minimum Qualification Scores at the Sydney International Shooting Centre.

Coming into the men’s 10 metres air rifle final ranked third, Hoberg displayed nerves of steel to secure an Oceania junior record of 248.7 points and narrowly beat Jack Rossiter by a margin of 1.1.

Hoberg, 17, has been identified as a rising shooting athlete since winning selection for Gold Coast 2018, where he was deprived of a medal after losing a shoot-off to India’s Ravi Kumar to finish fourth.

The Wingfield Rifle Club shooter represented Australia at the 2018 Summer Youth Olympic Games in Buenos Aires, where he again narrowly missed out on a medal by placing fifth.

Hoberg stated he came into the Oceania Shooting Championship relaxed and confident of winning and claiming a Tokyo 2020 quota position.

"I had been shooting well in training, but I think I tried too hard in the qualification round," he said.

"I kept telling myself that I could win and just do what I’ve been doing in training."

Tori Rossiter secures another quota for Australia as well as setting the Junior and Senior Oceania Record! Congratulations to all three of our athletes who medalled! pic.twitter.com/j8ELcuFEN6

He added: "Once I got into the lead after the first round in the final, my confidence rose and I managed to lead all the way.

"It’s a great relief to get a quota."

Her winning score of 246.8 points was also a Oceania senior and junior record.

Collier finished second with 245.7 points, while Adams came third with 223.3

In another all-Australian medal clean sweep, Alison Heinrich captured the silver medal with 18 points after surviving a shoot-off with Civon Smith.

Action in Sydney is due to continue tomorrow.

Finals are scheduled to take place in the men's 10m air pistol and men's and women's skeet events.