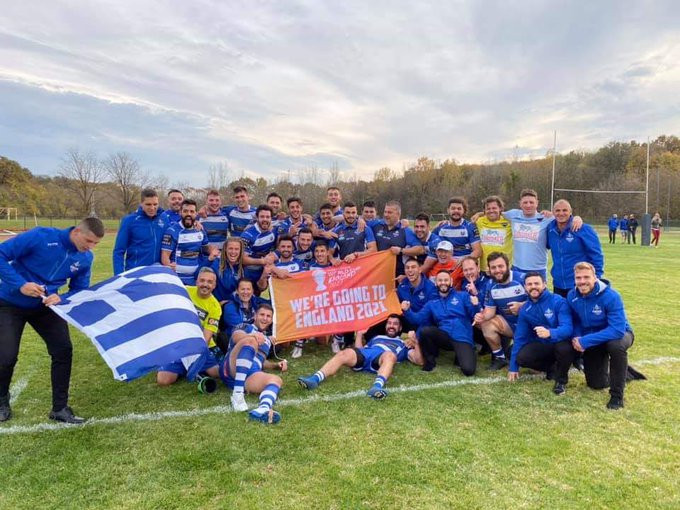 Greece will make their Rugby League World Cup debut in 2021 after thrashing Serbia in Belgrade today.

A hat-trick from full-back Chaise Robinson inspired a remarkable 82-6 win for the visitors, who ran in 16 tries.

Victory secures the final European qualifying spot for the next edition of the World Cup in England.

Greece finished second in Group B, behind winners Scotland, in the European play-off tournament

"We hope it's the step forward needed and everyone back home will be proud of us," head coach Steve Georgallis was reported as saying by BBC Sport.

Greece's World Cup qualifier against Scotland earlier this month was played in London amid the bizarre feud with the country's modern pentathlon body.

The @GreekRL 🇬🇷 National team has qualified for @RLWC2021 after defeating the @SerbianRL White Eagles 🇷🇸 82 - 6 in Belgrade on Saturday.

This is the first time Greece 🇬🇷 has qualified for the Rugby League World Cup.#RugbyLeague #IntRL #RLWC2021 pic.twitter.com/TfqJByxIKB

Despite being a completely different sport, the Hellenic Federation of Modern Pentathlon (HFMP) has been recognised by the Greek Government as the national rugby league body.

This arrangement is not endorsed by International Rugby League, which instead recognises the Greek Rugby League Association (GRLA) as its official member.

However, the GRLA was unable to play their match with Scotland in Athens without permission from the Government and the HFMP, who insist they should run the sport.

The 16th and last place at the 2021 Rugby League World Cup will be decided in Jacksonville on Saturday (November 16), when the United States host the Cook Islands in the repechage round.

The draw will be finalised on November 27, exactly two years before the tournament's final will be played.

England was awarded the hosting rights to the 16th edition of the event in October 2016.