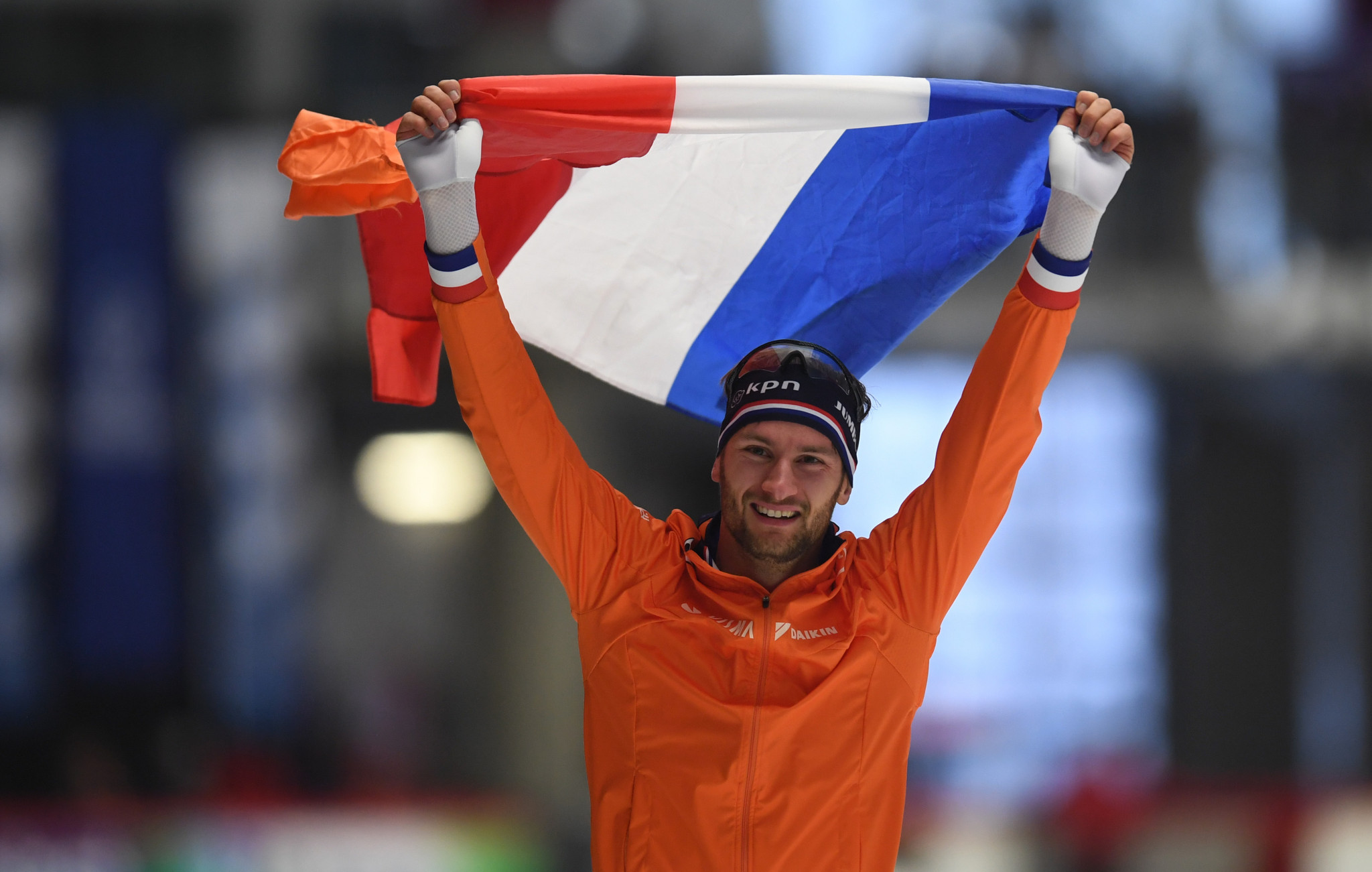 Krol secured a track record as he won the men's 1,000 metres title at Minsk Arena in 1min 9.001sec, with three compatriots filling the next four positions.

He catapulted off the line with a powerful jump and held off the bunch in the closing laps to top the podium in 7:50.360, as Chung Jaewon of South Korea claimed silver.

Chung crossed in 7:50.880 for second place as he pipped team mate Um Cheonho to the line.

Ireen Wüst made it a hat-trick of golds for the Dutch, winning the women's 1,500m title by almost half a second.

Wüst clocked 1:56.468 to continue the Dutch success, with Yekaterina Shikhova earning a silver medal for Russia in 1:56.864.

There was a gold medal in the Russian camp on day two, though, and it came through Olga Fatkulina.

Fatkulina was at her sharpest in Minsk, setting a track record of 37.920 in winning the women's 500m final.

The ISU Speed Skating World Cup concludes tomorrow, when the women's mass start and 1,000m races and the men's 1,500m finals are contested.