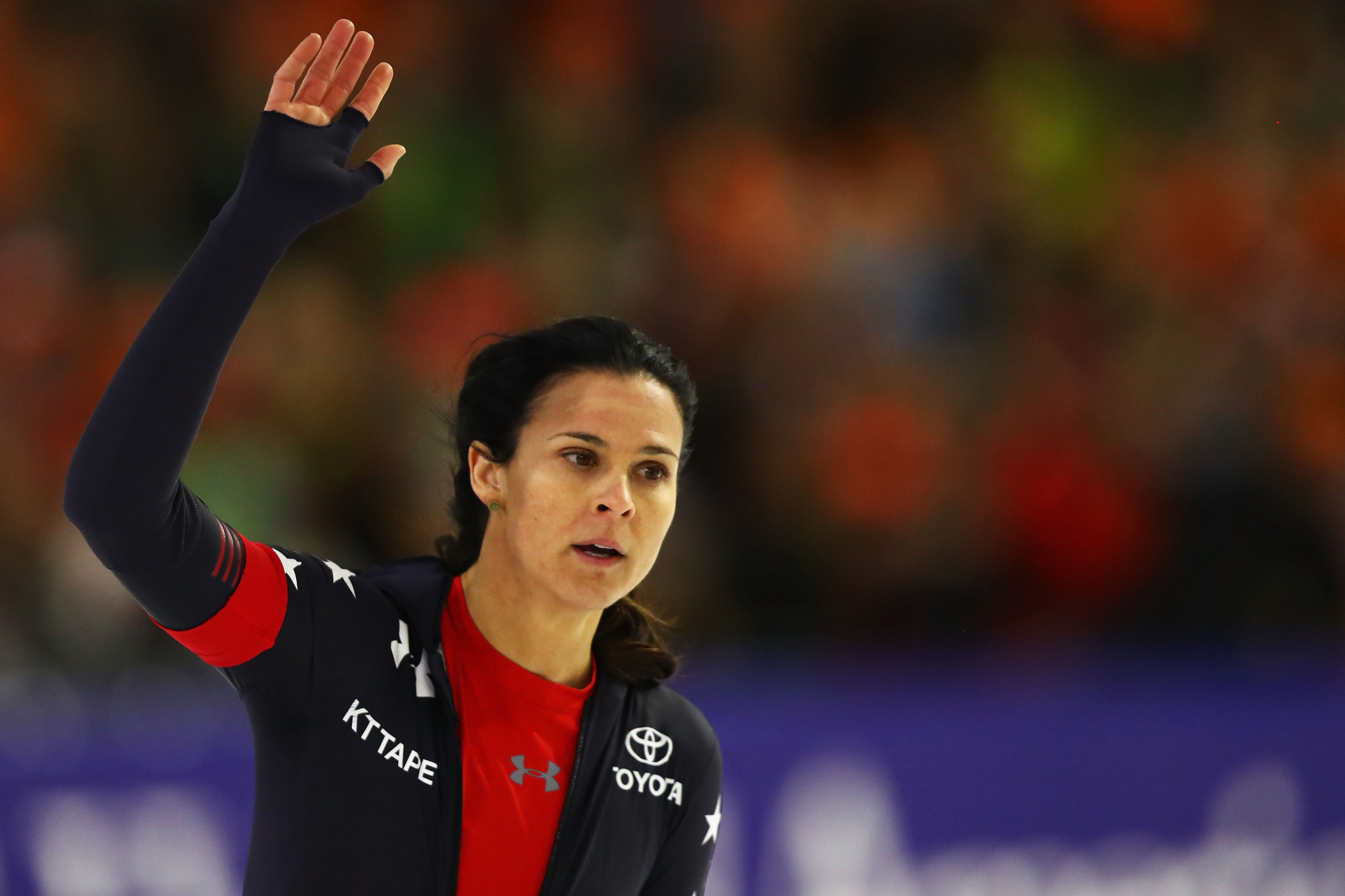 The American, who won a bronze over the 1,500m distance yesterday, clinched gold in 1min 15.353sec at the Minsk Arena.

Bowe's time improved the track record of 1:15.82, set by Marrit Leenstra of the Netherlands.

Jorien ter Mors of the Netherlands followed in second place by clocking 1:15.950, while Russia’s Yekaterina Shikhova took bronze in 1:15.962.

Blondin completed the event in a time of 8:22.630, with multiple world champion Schouten forced to settle for second place in 8:22.710.

Francesca Lollobrigida of Italy secured the bronze medal by crossing the line in 8:23.570.

He topped the standings in a time of 34.870, 0.04 seconds quicker than China’s Tingyu Gao in second place.

Russia’s Denis Yuskov finished as the runner-up after clocking 1:46.456.