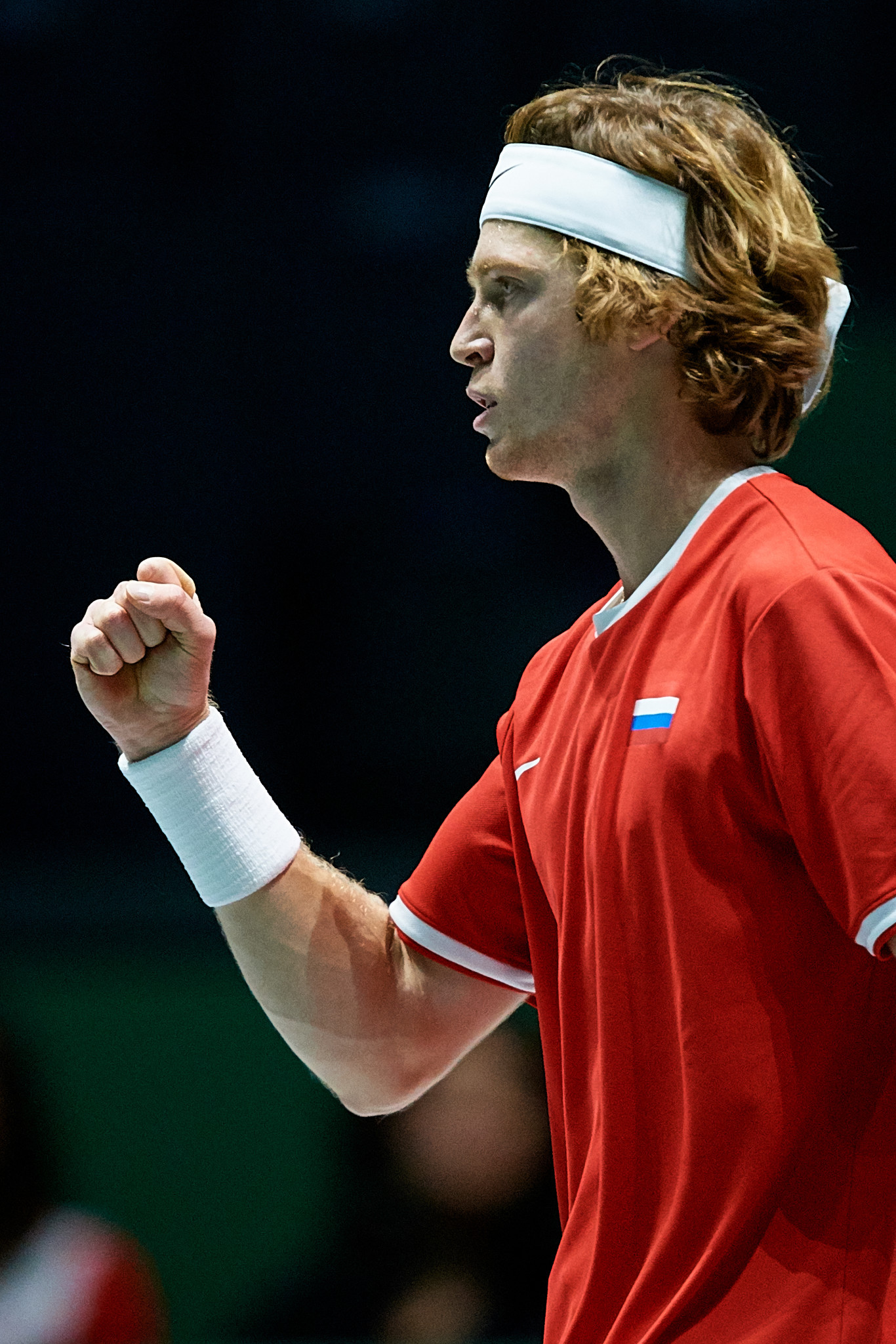 Croatia fell to a humbling loss against Russia as they began their defence of the Davis Cup with defeat at the new-look finals in Madrid.

The International Tennis Federation's six-group knockout format had the desired impact as it launched in Spain's capital city.

A mix of short and sharp games began with 2018 champions Croatia being given a dressing down against Russia in Group B.

The ITF's shake-up to the Davis Cup format was met with criticism when first announced but the new concept made for an interesting start as three of the six groups began at La Caja Mágica.

With ties featuring two single rubbers and a doubles clash, all played over three sets, there were some quick-fire results in Madrid.

World number 23 Andrey Rublev got Russia off to the ideal start with a 6-3, 6-3 win against Croatian Borna Gojo.

With Marin Cilic ruled out through injury, Croatia needed a result as Borna Coric stepped up for the second singles rubber against Karen Khachanov.

Coric won the first set on a tiebreak but was helpless as Khachanov took the next two sets to win 6-7, 6-4, 6-4 and clinch victory for Russia.

Belgium were the first side to secure victory in Spain courtesy of Steve Darcis and David Goffin.

Darcis won 6-3, 6-2 against Santiago Giraldo to put Belgium 1-0 up against Colombia, and they won the tie when Goffin fought back from a set down to overcome Daniel Elahi Galan 3-6, 6-3, 6-3.

Vasek Pospisil had to dig deep to defeat a petulant Fabio Fognini, eventually claiming a 7-6, 7-5 victory, before Denis Shapovalov sealed the tie for Canada, winning 7-6, 6-7, 7-6 against Matteo Berrettini.

Tomorrow Novak Djokovic will seek to get Serbia's Davis Cup campaign off to a winning start when they take on France in Group A.

Hosts Spain join the action in Group B, with new world number one Rafael Nadal leading the charge against Russia.

Argentina meet Chile in Group C, and Kazakhstan and the Netherlands face off in a Group E clash.

Colombia will look to bounce back from their defeat to Belgium when they tackle Australia in Group D, with Canada facing the United States in Group F.