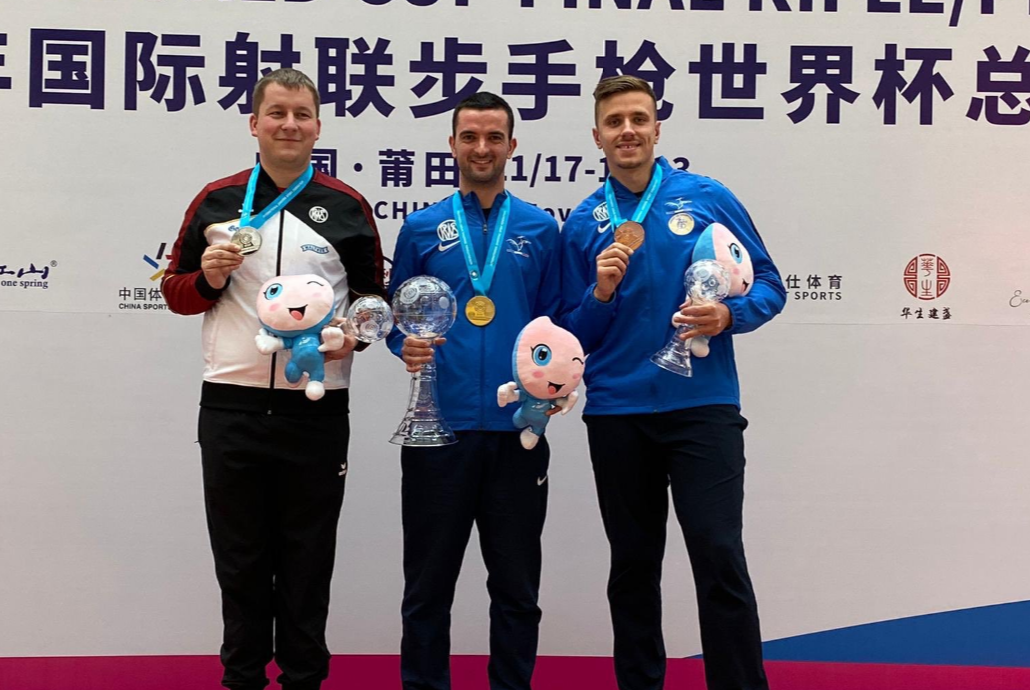 It was nip and tuck all the way at Putian Sports Training Base, as the Frenchman held off the challenge of German Christian Reitz.

Bessaguet only took the lead going into the final five shots, eventually scoring 32, one shot ahead of Reitz.

France's Jean Quiquampoix rounded out the podium on a score of 26.

Bessaguet won a gold and silver at the 2018 ISSF World Shooting Championships in Changwon, while Reitz took 2016 Olympic gold in Rio.

In the women's 25m pistol final, the result was much more clear-cut.

China's Jingjing Zhang won her third World Cup gold with a total of 37.

Minjung Kim of Korea trailed in silver by four shots, while German Monika Karsch was a further four back in the bronze-medal position.

The competition continues tomorrow with four finals - 10m air rifle and 10m pistol for both men and women.