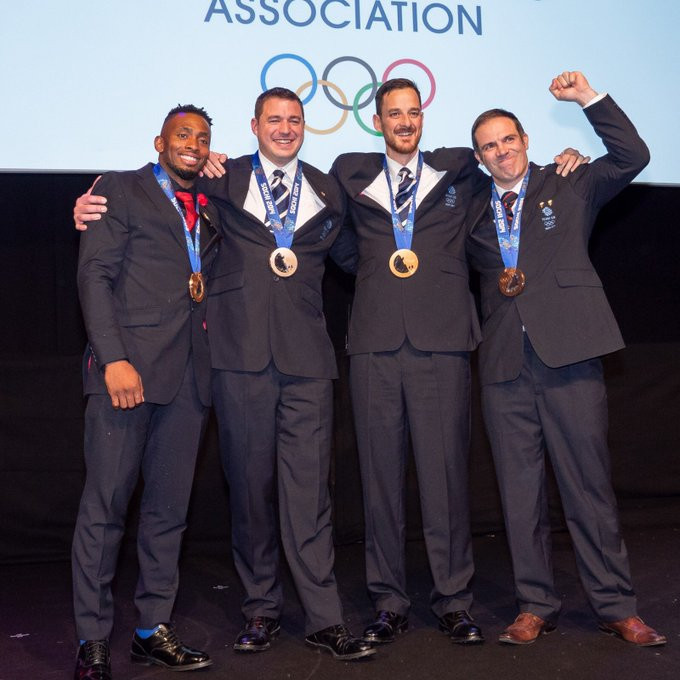 Britain's four-man bobsleigh team have received their Winter Olympic bronze medals from Sochi 2014, over five years since the conclusion of the Games in the Russian city.

The British crew were upgraded to third after two Russian teams were disqualified.

Alexander Zubkov, who led the Russian quartet which claimed gold, was stripped of his two titles for his role in the state-sponsored doping scandal.

"On stage there was a lot of emotion," Jackson said.

"As a team we're just glad to be getting this award.

"I'm quite an emotional bloke when you strip everything away, I had to give a speech but ultimately we deserve it and we've enjoyed it.

"It may not have been that Olympic moment, but it's our moment.

"We knew that once we got it, we would all feel like Olympic medallists because it was great it saying it on paper, but until we got that medal around our neck, none of us truly felt like we were in that position.

"All our kids are getting to see us with our medals which wouldn't have happened back then so, looking at it from a glass half full, I prefer it for them to get to see it."

They were stripped of their medals after Zubkov and Voevoda were found to have been involved in the state-sponsored doping scheme.

Confirmation that the British team would be upgraded to bronze came in March, ending a long period of uncertainty for the quartet.

The American four, piloted by the late Steven Holcomb, moved into silver.

Holcomb's family, along with other members of the quartet, had received their medals at the Team USA Awards ceremony in Los Angeles earlier this week.