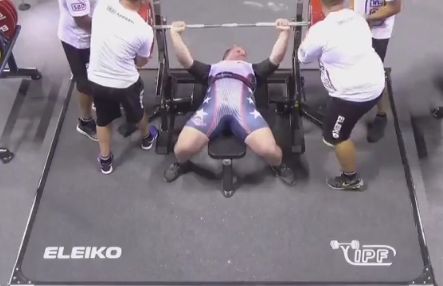 The Canadian twice broke the bench press world record after managing 205kg with her second attempt and 212.5kg with her third.

The United States' Natalie Hanson was the overall silver medallist with 662.5kg, followed in the standings by The Netherlands' Ankie Timmers with 650kg.

There was also a world record set in the deadlift after Dutchwoman Iris Kensenhuis put 251kg on the board.