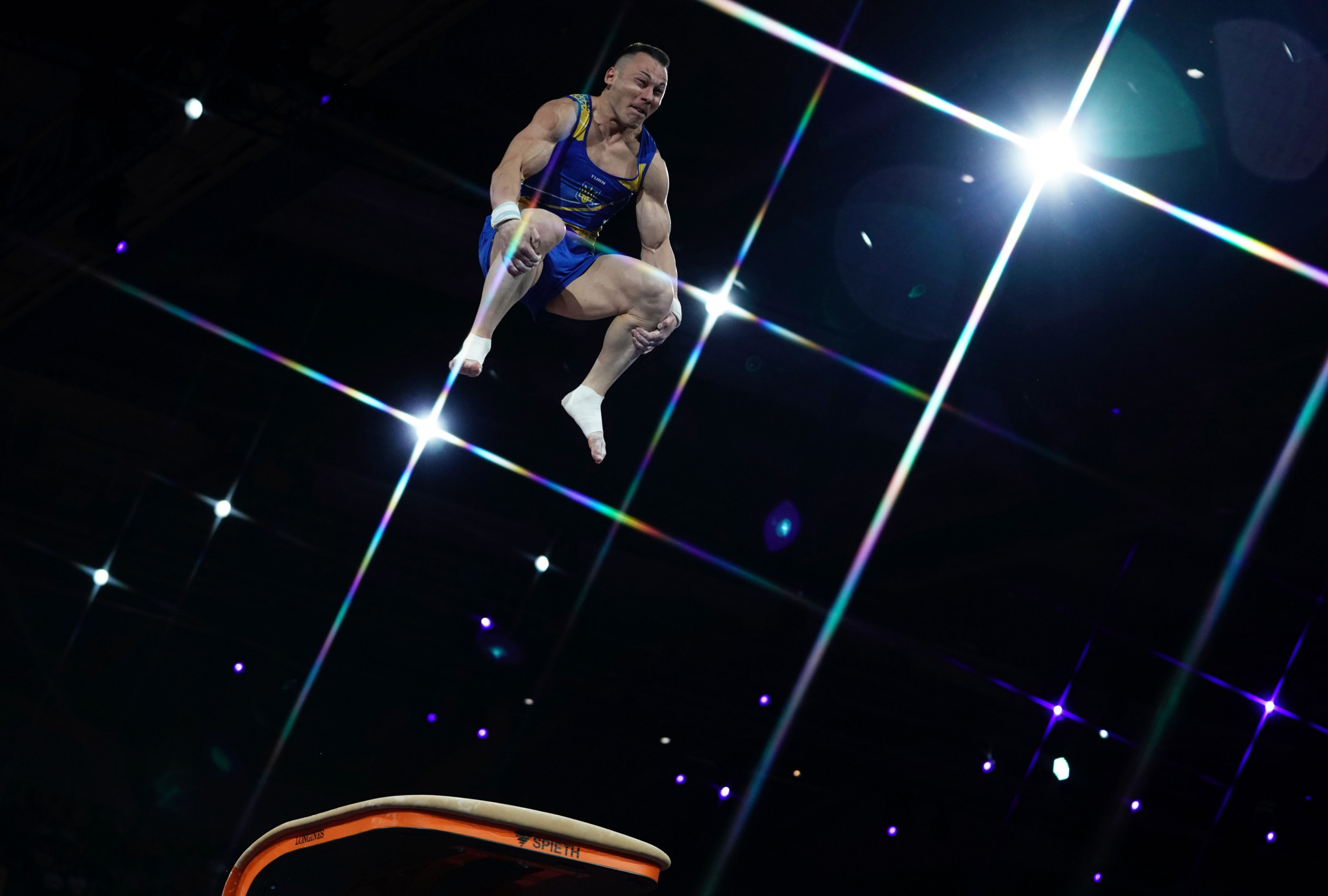 Radivilov, who won World Championship bronze earlier this year in Stuttgart, comfortably topped the standings at the Lausitz-Arena.

The Ukrainian scored 14.816 points after his two vaults.

Yahor Sharamkou of Belarus qualified for the final in second place with a total of 14.549.

The top three was rounded off by American Colin van Wicklen, who ended on the same score as Sharamkou.

Hidetaka Miyachi led the way in the men’s horizontal bar event, the Japanese gymnast finishing with a score of 14.633.

Chinese gymnasts continued to impress with You Hao starring in the men’s parallel bars.

Ukraine’s Oleg Verniaiev and Germany’s Lukas Dauser were narrowly behind the Chinese gymnast on 15.066 and 15.000.

Qi Li’s higher difficulty enable the Chinese gymnast to dominate qualification for the women’s beam event, as she ended on 14.500.

Japan’s Ayaka Sakaguchi was the closest challenger to Qi with 14.100, with her team-mate Urara Ashikawa third on 13.766.

The women’s floor competition saw The Netherlands’ Tisha Volleman qualify in first place, after she was awarded a score of 13.533.

She led the standings due to her higher execution score, with Italy’s Laura Mori having also managed 13.533 to place second.

Germany’s Kim Bui impressed in front of a home crowd by scoring 13.366 to end third in the qualification standings.

Finals will take place over the next two days in the German city.