This Sunday, the 2019 Davis Cup champions will be crowned at Madrid's Caja Majica, with Great Britain playing Spain and Russia facing Canada in the semi-finals.

Although the tournament has been radically reshaped this year, the elegant prize remains the same as it was 119 years ago, when the first challenge match was held at the Longwood Cricket Club in Boston, Massachusetts.

In the words of the Boston Post, "the Britishers crossed racquets with the Yanks".

The match would bring together "the pride of American tennis enthusiasts" against "players who have won fame on British soil and are anxious to secure the world's championship. To this end they have journeyed across the Atlantic".

The American team featured one Dwight Filley Davis, then a student at Harvard. In later life he would have a glittering career in public office. Yet many would say his greatest renown was as a doubles player.

He formed a remarkable partnership with Holcombe Ward, who was colour blind but had the ability to impart a remarkable swerve. Together they won the American national championships.

As tennis grew on either side of the Atlantic, it was included in the first Olympic Games of the modern era in 1896, though Davis himself did not take part in the Games until 1904.

For all the enthusiasm shown, membership in American tennis clubs was down, so in 1899, Davis took part in a series of matches designed to boost the sport. These were held in Monterey, California, between players from the East and West Coasts and were considered a great success.

Afterwards, as Davis and his team mates headed home, newspapers wrote of the Americas Cup, which pitted the United States against all-comers in sailing.

This inspired a thought that something similar might be possible in tennis.

Davis met James Dwight, secretary of the United States National Tennis Association, who had earlier suggested that British players might visit the USA.

In January 1900, Dwight wrote to George Richmond Mewburn, his counterpart at the Lawn Tennis Association (LTA) in Great Britain.

"I beg to call your attention to an experiment we are making that will, I hope, increase the interest in lawn tennis. I am very anxious that some of your better players should make us a visit this summer and I hope that should they come, your association will see its way to challenge for the cup."

The British readily agreed and set about choosing a team to challenge the Americans.

Brothers Laurie and Reggie Doherty had dominated the Olympic tournament in Paris that summer and  would have been automatic first picks. Sadly, both were prone to bouts of ill-health and unable to travel.

A satirical poem lamented, "for since we lack the brothers twain what hope to win the cup?".

The Dohertys did eventually play their part in later tournaments and eventually won the Davis Cup in 1903.

In their absence, Ernest Black, Herbert Roper Barrett and Arthur Wentworth Gore were sent to contest the first challenge. They were dubbed "the dauntless three".

They sailed from Liverpool on the Cunard Liner Campania.

When they arrived on American soil, they were met by Oliver Campbell, US singles champion from 1890 to 1892.

There had been a misunderstanding over the dates of the matches, so they headed first to visit Niagara Falls. When the mistake was realised, the British rushed to Boston to practice, with the first match scheduled only a day later.

The Boston Post proudly reported that: "The visitors pronounced the courts equally as good as those in England."

"We have heard of the whirlwind style adopted by Davis and I must confess, I am curious to see him perform. We labour under a slight disadvantage in these matches as we play only three days after arriving in the country."

In fact, heavy rain arrived to ensure there was an extra day before the challenge competition began.

The New York Times correspondent noted that the British players "seemed to be in the pink of condition for tomorrow's play, in spite of their recent travel".

The format called for two singles matches on the first day, followed by doubles and  two "reverse" singles. In those days, there were no tie-breaks, so the possibility of some epic encounters was there from the start.

The trophy had been commissioned with Shreves Crump and Low, a long-established Boston jewellers.

It was designed by Rowland Rhodes, who worked for the William Durgin company in the nearby town of Concord.

Its cost was approximately $1,000 and it was paid for by Davis himself.

As the first match began between Davis and Black, local pressmen admitted: "The courts were in poor condition, owing to the rain of the few days past. The grounds were still wet and the balls got heavy shortly after being put into play, thus adding another difficulty"

This "did not lessen the crowd's hopes in Davis' ability to wrest the laurels from the Britisher", declared the Boston Post.

"Davis was especially proficient in placing the ball out of Black’s reach."

He won the next three sets in succession to give the Americans first blood.

Next up was Mal Whitman against Gore. Whitman had been described by one admirer as "a tall blond Grecian hero" and had won the last three US singles championships.

"He started to play as if he knew his opponent's game by heart."

Whitman's straight-sets victory delighted the "throngs of the tennis loving public" who "could not refrain from letting themselves forth in the wildest enthusiasm".

"The athletic honour of the United States was fully sustained in the opening matches of the international tournament." 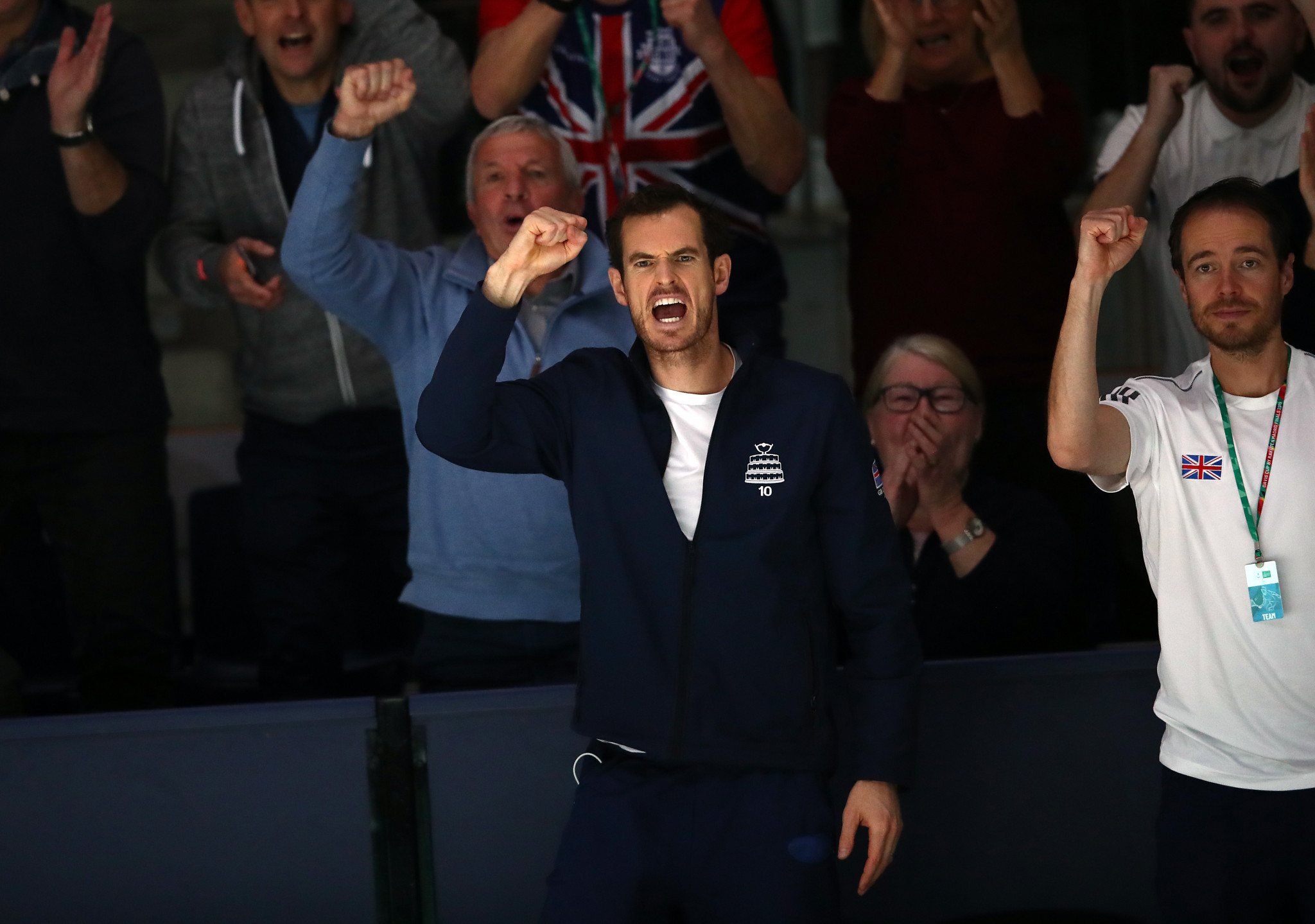 Victory in the doubles the following day would therefore make sure of overall victory for the USA.

Their crack pairing of Davis and Ward now faced Black and Roper Barrett.

In the first set, the British held the advantage until the sixth game which went to 18 points. From then on it was America all the way and victory came in straight sets.

The New York Times was unstinting in its praise for "one of the prettiest and pluckiest contests ever seen in this country".

"It was the superiority of the Yankees' play that won the laurels," reports said.

Gore was gracious in defeat."The spectators were most impartial and the female portion thereof not at all unpleasant to gaze upon."

Although a dead rubber, the reverse singles between Davis and Gore attracted the largest crowd.

"When play began it seemed an ideal day for tennis," noted the New York Times.

Davis took the first set and matters were tied at nine games all in the second, a hint of the epic contests the Davis Cup would produce.

Unfortunately, that was when the thunderclouds rolled in. Play was delayed for an hour, then abandoned altogether because both British players were committed to other matches elsewhere in the country.

"The balls were awful - soft and motherly - and when served with the American twist came at you like an animated egg-plum... We had never experienced this service before and it quite nonplussed us" Gore said.

Victory for the US became a familiar sensation. They have won the trophy on 32 occasions, although they will not add to that total this week in Madrid.