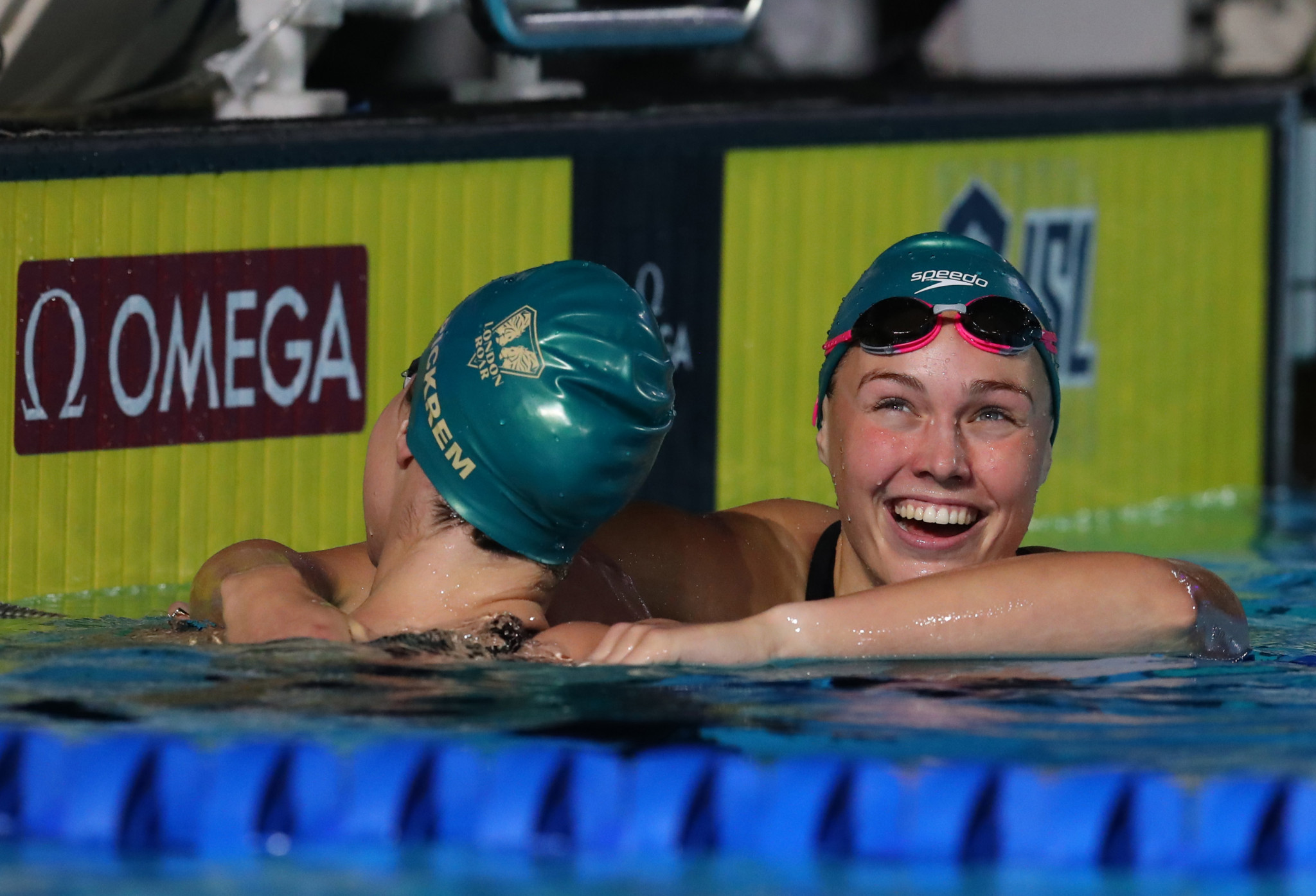 Atherton broke the women’s 100 metres backstroke record last month in Budapest and nearly achieved the feat over the longer 200m distance in London.

The 19-year-old claimed victory in a time of 1min 59.25sec, just 0.02 outside of the record held by Hungary’s Katinka Hosszú.

The Australian, representing hosts London Roar, contributed significantly to their day one tally at the London Aquatics Centre.

She also emerged as the winner of the women’s 50m backstroke event, adding to her star performance in the 200m.

One of the main contests on the opening day came in the men’s 200m breaststroke, where home favourite Adam Peaty was in action.

Peaty, the world champion in the 50m and 100m breaststroke, faced the challenge of Russia’s Anton Chupkov in the race.

Chupkov, who is the reigning world champion in the 200m, touched home ahead of the Britain to boost the points total of his Energy Standard team.

He was followed by Peaty, with Ilya Shymanovich of Belarus placing third for Energy Standard.

The Russian's success was followed by wins for team mates Florent Manaudou in the men’s 50m freestyle and Kayla Sanchez of Canada in the women’s 200m freestyle event.

The results helped Energy Standard finish top of the standings at the conclusion of the session on 238 points, with London Roar second on 224.

The two unbeaten teams are followed by the Aqua Centurions on 178, with Iron third on 165.