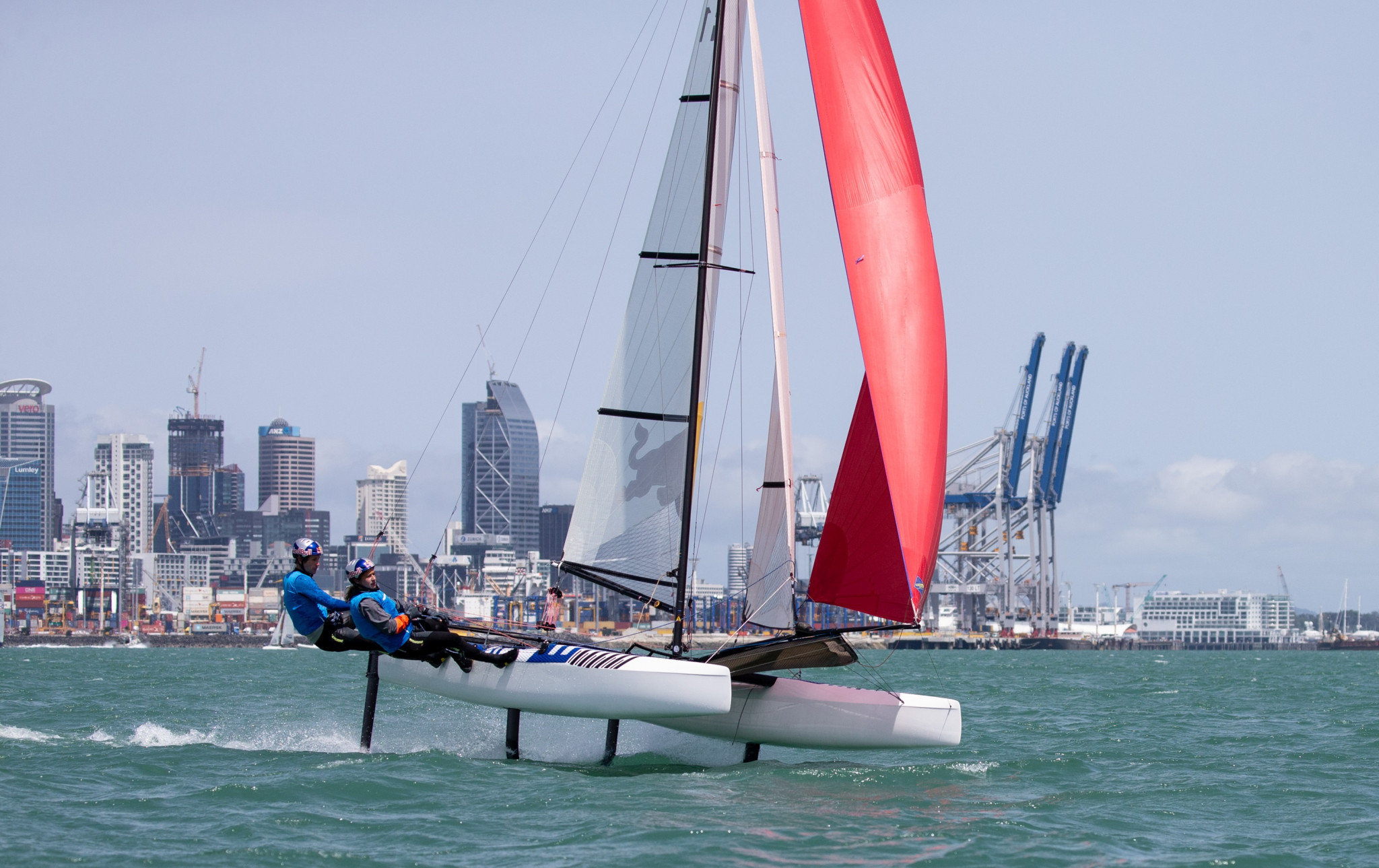 Sailors will compete at the 49er, 49erFX and Nacra 17 Oceania Championships in Auckland in preparation for the World Championships at the same venue.

The Oceania Championships are due to begin at the Royal Akarana Yacht Club in the New Zealand city tomorrow until Wednesday (November 27).

World ranking points are set to be on offer, as well as one last opportunity for teams to make adjustments before the World Championships commence on December 3.

Compatriots Alex Maloney and Molly Meech are favourites in the 49erFX, having finished with silver at Rio 2016.

They will be looking to ensure they are in form for the World Championships after a disappointing eighth-place finish at last year's competition in the Danish city of Aarhus.

Australia could be successful in the Nacra 17 class with Nathan Outteridge.

The 49er London 2012 Olympic gold medallist and Japan SailGP skipper is teaming up with his sister Haylee to compete in the Nacra 17.

The three classes will compete across all three days of competition, weather permitting.

New Zealand streaming platform SidelineApp is set to broadcast every race live, having signed a partnership with the International 49er and Nacra17 Class Associations.

"We are tremendously excited to partner with SidelineApp and deliver such comprehensive coverage to our dedicated sailing fans," said 49er and Nacra17 Class President Marcus Spillane.

"For the first time ever, the moments that matter in an Olympic sailor's life can be shared in real time with their friends, family, clubs, supporters, and countrymen as they unfold."