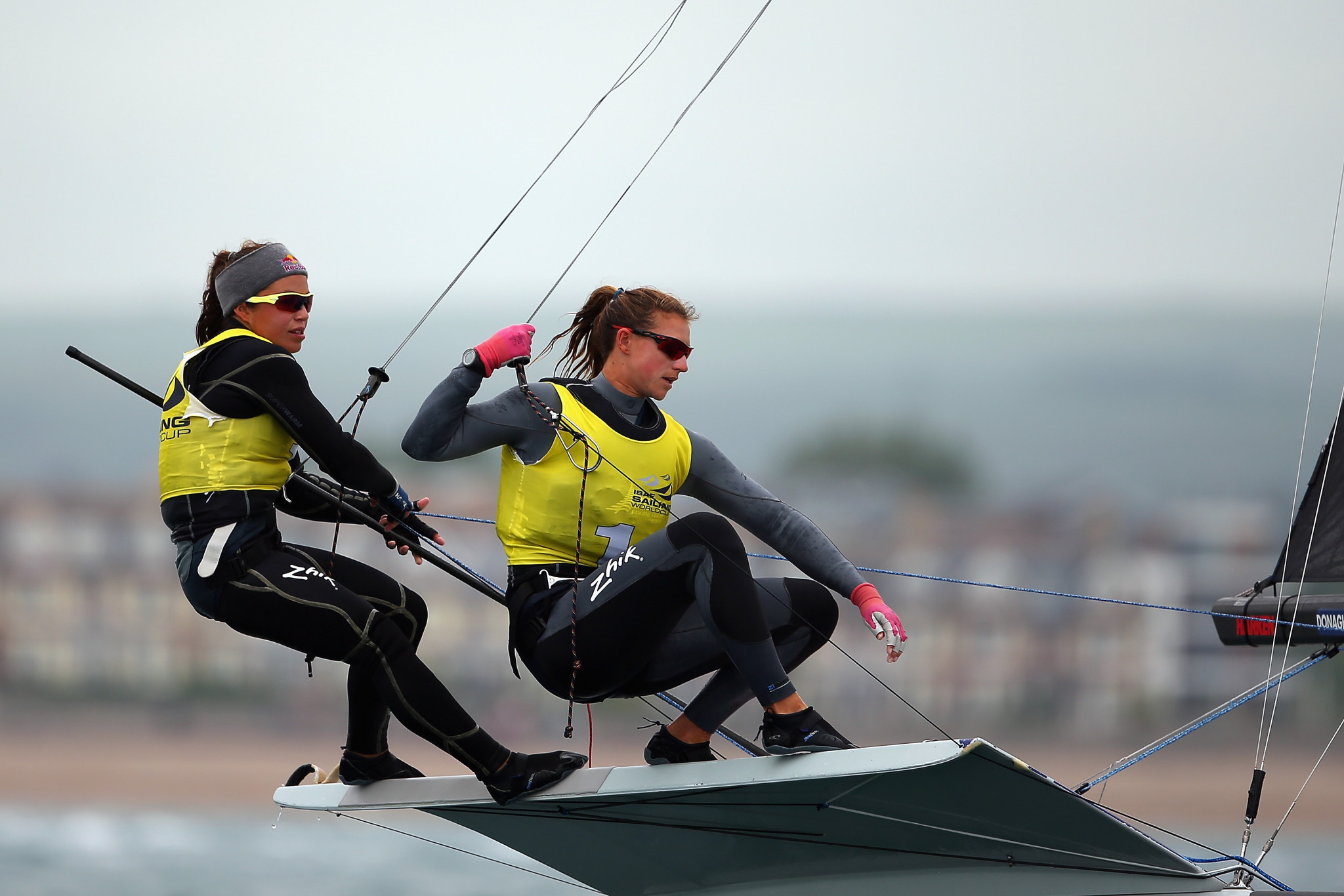 New Zealand's Alexandra Maloney and Molly Meech climbed from third to first to win the 49erFX title on the final day of the 49er, 49erFX and Nacra 17 Oceania Championships in Auckland.

The home pair leapfrogged American duo Stephanie Roble and Maggie Shea at the Royal Akarana Yacht Club after the last three races of the competition.

Maloney and Meech, the Rio 2016 Olympic silver medallists and 2013 world champions, came home fourth, second and seventh to finish with a tally of 32 points.

Roble and Shea suffered a black flag for a premature start in the first race of the day to dash their hopes, and were then 13th and sixth.

It left them on 42 points in second place, with Spain's Patricia Suarez and Nicole van der Velden in third on 47.

Reigning Olympic champions Martine Grael and Kahena Kunze of Brazil started the day in second, but after an initial third-place finish, did not contest the last two races of the day.

This dropped the Rio 2016 winners down to ninth overall.

The event is a dress rehearsal for the World Championships which begin at the same venue on December 3.

Benjamin Bildstein and David Hussle of Austria held onto their lead to win the 49er competition with 28 points.

They claimed a race victory and were then sixth and 10th, pipping Diego Botin and Iago López who ended three points back.

The Spaniards won race two in-between finishes of ninth and fourth, but it was not enough.

New Zealand's Olympic champions Peter Burling and Blair Tuke missed out on home water as they ended third on 35.

Ben Saxton and Nicola Boniface of Britain capped their dominance in the Nacra 17 by coming third and first in the two races held.

They won five out of eight races at the event to finish on 11 points.

Billy Besson and Marie Riou of France ended second on 27 points with Thomas Zajac and Barbara Matz of Austria third on 38.