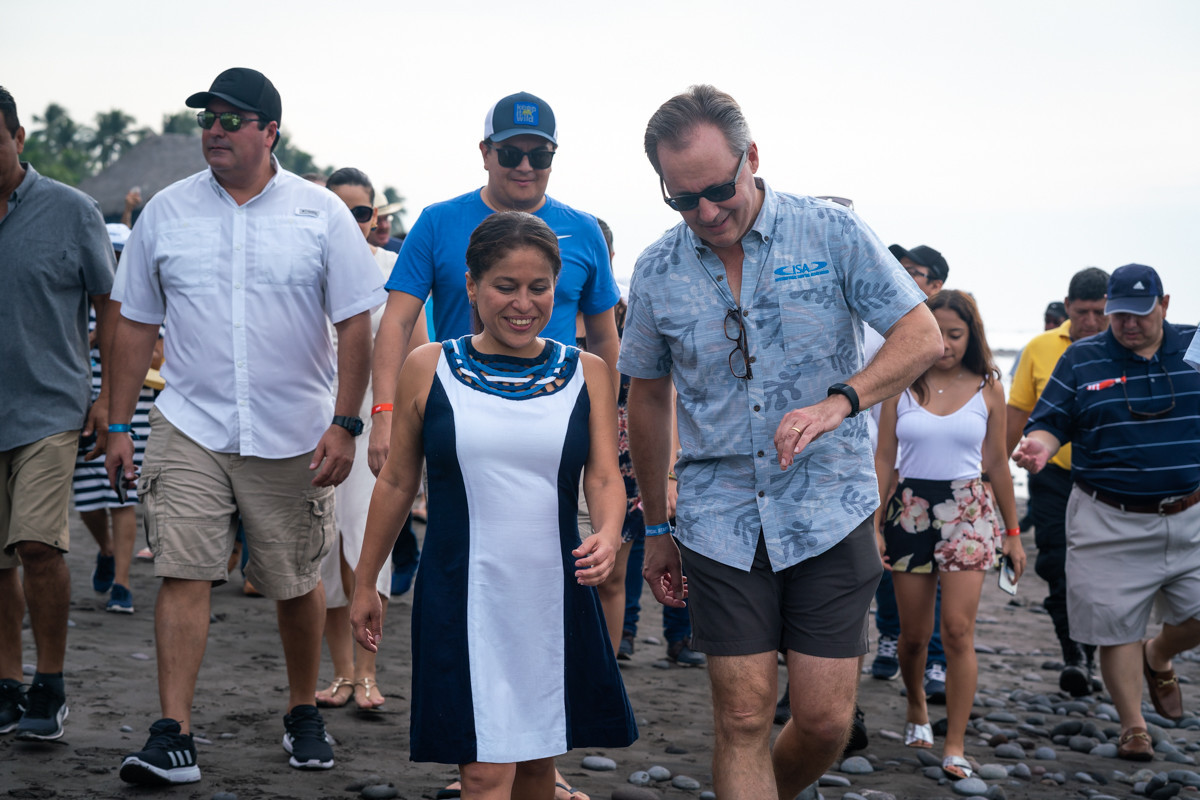 The Surf City hosts stepped in at the last minute to ensure the ISA's premier event was held after negotiations with the Basque country fell through and Fasulo said the event exceeded their expectations.

"What I have found here from the moment I got here was a can-do attitude and it has been a revelation for many of us in the crew," said Fasulo as the curtain came down on eight days of competition.

"The ISA and the surf community have known for a long time that there are good waves in El Salvador but until now we haven't had the conditions, the infrastructure or the political will to deliver at this level.

"I think that has been verified with everything from security to medical and infrastructure build being delivered with a high level of professionalism."

Fasulo credited El Salvador President Nayib Bukele's desire and clear leadership with taking the bull by the horns in the development of the nation's surfing ambitions.

"There is an attitude here that permeates throughout everything and It shows when there is clear leadership and political will," added Fasulo.

"I spent a lot of time with the Minister for Tourism [Morena Valdez] and the President's brother [Yamil Bukele] and they are taking the country in a new direction and it is exciting to be a part of that and align our respective missions."

Valdez has been clear during the Championship that Surf City is in its early days and Fasulo said discussions around future cooperation has been rife in the Central American nation.

"We all know surfing is a vehicle for driving destination tourism and there aren't many other sports that can do that," Fasulo said.

"It is not every day you get the opportunity to partner with a government that is intent on using your sport to not only expose the world to the benefits and value of their countryside and coastlines but an underlying message that it can inspire and excite people.

"We are in the midst of discussions on cooperations with El Salvador and it is exciting.

"We have a very strong educational component in the ISA and run coaching courses in 70 countries around the world.

"They are just getting started here and only have one guy who is authorised to present the courses in El Salvador.

"That represents a huge opportunity for us to grow the sport."