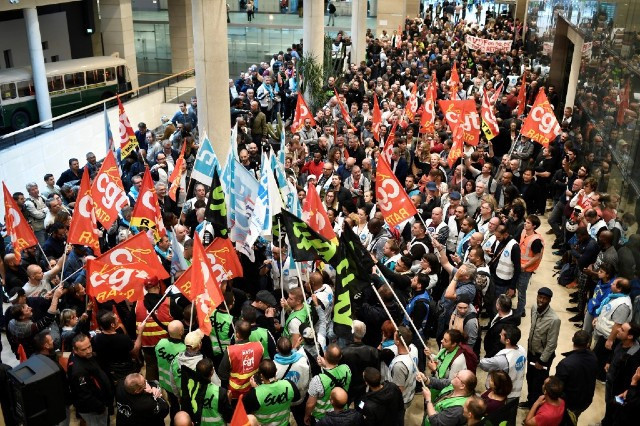 The decision to relocate the meeting was taken because a series of strikes is planned in France which could have made it difficult for members of the WADA Executive Committee to get to Paris for the meeting.

Disruption is due to start in France on Thursday (December 5) and expected to be widespread, with train and bus drivers, air traffic controllers, electricity supply workers and police officers among groups threatening to stay out of work for an indefinite period.

France's Interior Minister Christophe Castaner has admitted it will be difficult period, especially in the public transport sector.

"I think there will be a lot of support from the transport unions, and the possibility of disruption," the Minister said.

WADA later put out a statement confirming that the meeting had been moved.

"It is important to note that, while the ExCo meeting was originally scheduled to take place in Paris, WADA has taken the decision to relocate it to Lausanne due to likely disruptions and uncertainty caused by imminent general strike action in Paris," WADA said.

Several members of the WADA Executive Committee, including President Sir Craig Reedie, IOC vice-president Uğur Erdener and Association of Summer Olympic International Federations chief Francesco Ricci Bitti, were already due to be in Lausanne at the weekend attending the Olympic Summit.

The WADA Executive Committee meeting is due to start on Monday at 10am CET.

It is anticipated that a press conference to announce details of what decisions have been reached will follow at approximately 1.30pm at the Hôtel Royal Savoy Lausanne.

Among those due to attend the press conference are Sir Craig and Witold Banka, the Polish Sports Minister set to to succeed the Briton as WADA President on January 1.

They will be accompanied by Olivier Niggli and Gunter Younger, WADA's director general and director of intelligence and investigations.

The meeting is expected to declare the Russian Anti-Doping Agency non-compliant again after its Compliance Review Committee (CRC) found Russia tampered with data at the Moscow Laboratory.

The CRC have recommended a series of sanctions including Russia's flag being banned from major events, including the Olympic Games, and the country being barred from hosting major events.

Jonathan Taylor, chair of the CRC. is due to attend the press conference.