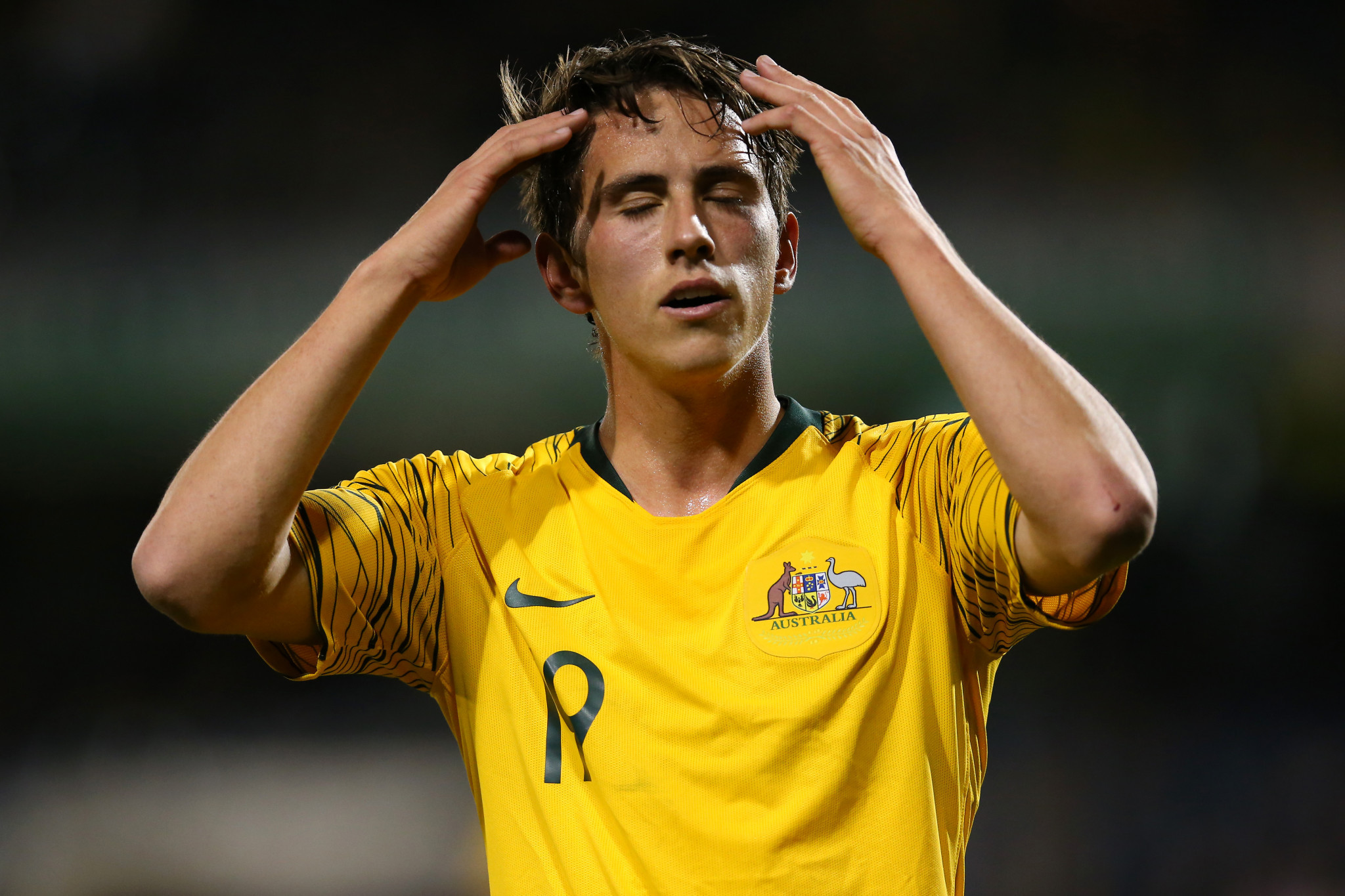 Three members of Australia's under-23 football team have been banned from next year's Olympic Games in Tokyo, after they were suspended for "unprofessional conduct" during a night out in Cambodia earlier this year.

Nathaniel Atkinson, Lachlan Wales and Brandon Wilson will not feature in a potential Olympics campaign next year after being suspended until August 10 by Football Federation Australia (FFA).

Team-mate and captain Riley McGree, meanwhile, will play no further part in the qualifying stages for Tokyo 2020 after being suspended from international duty until April 1.

The incident took place on a night out after the Asian Football Confederation (AFC) Under-23 Championship qualifying tournament in Cambodia in March.

The following month, a woman complained about the four players, leading to a lengthy FFA investigation.

The four players could have appealed against FFA's ruling to the independent FFA Disciplinary and Ethics Committee.

But Professional Footballers Australia (PFA), acting on behalf of the quartet, has communicated its acceptance of the decisions of the FFA Board in relation to a breach of the FFA National Code of Conduct.

"It is pleasing that the players have accepted responsibility for their actions," FFA chairman Chris Nikou said.

"This has been a difficult period for everyone involved and FFA will, in conjunction with the PFA, continue to extend support and assistance to the players.

"Through the recently concluded national teams CBA (Collective Bargaining Agreement), there is an increased emphasis on holistic player and cultural development, so we look forward to using this opportunity to work with the PFA on their welfare and education programmes to ensure that national team environments are the pinnacle of a player's career."

The PFA promised it would provide support to all four players.

"The PFA has, and continues to, represent the players throughout this process and will work closely with each of them on their options, including appealing the sanctions imposed," it said in a statement, as reported by Australian Associated Press and Australian Broadcasting Corporation.

"From the outset, the players have accepted responsibility, undertaken respectful relationships counselling and at all times acted cooperatively with the FFA during the investigation."

Australia qualified for the 2020 AFC Under-23 Championship by finishing second in Group H in Cambodia.

A total of 16 teams will compete in the tournament, due to take place in Thailand between January 8 and 26.

The Olyroos have been drawn into Group A alongside Bahrain, Iraq and the home nation.

The tournament's top-three teams will qualify for the Tokyo 2020 men's football tournament, scheduled from July 23 to August 8.

Japan have already qualified as hosts.

If they reach the last four, the other semi-finalists are guaranteed qualification even before the phase commences.

If not, the two finalists and winner of the third-place play-off will earn a berth.