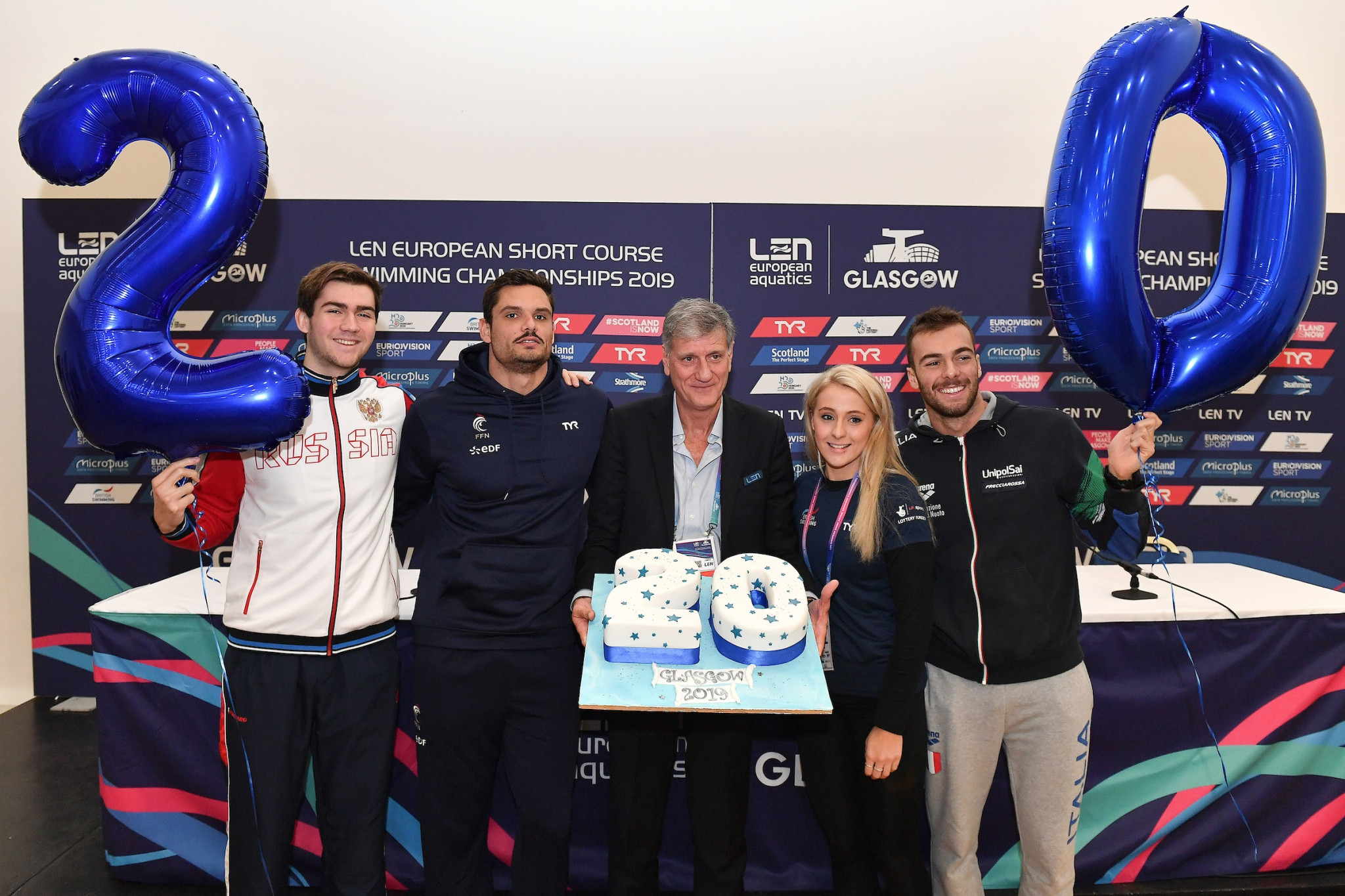 Organisers have today confirmed a star-studded line-up for the 20th edition of the biennial European Short Course Swimming Championships, due to get underway in Glasgow tomorrow.

The event will be held at the Tollcross International Swimming Centre through to Sunday (December 8), and will see 531 swimmers from 49 countries take to the 25 metres pool.

Among the ranks will be 34 swimmers who won 49 medals between them at last year's multisport European Championships in Glasgow.

Of the men competing, 31 of them shared 39 of the 51 individual medals won in 2017, when the European Short Course Swimming Championships was hosted by Copenhagen.

Fifteen women who shared 24 medals between them at the last edition will also be competing in Glasgow.

Russia topped the medal table two years ago, with Hungary and Italy hot on their heels, and the competition is expected to be equally stiff this year.

Great Britain's 18-strong team, which includes three Scots - Duncan Scott, Ross Murdoch and Scott McLay - will be determined to give the home crowd plenty to cheer about.

Among the leading international stars is Hungary's Katinka Hosszú, who won a staggering six individual European short course medals in 2017.

She has already enjoyed success at the Tollcross International Swimming Centre, with a gold medal in the women's 200m individual medley at Glasgow 2018.

Another super talent from Glasgow 2018 who returns to the Scottish city this week is Russian backstroke specialist Kliment Kolesnikov.

He finished as the athlete with the most medals in the pool at the event, winning three golds, two silvers and one bronze.

Kolesnikov will be aiming to dominate the pool once more, as he goes out to retain his men's 100m and 200m backstroke short course titles from 2017, when he also won the 50m backstroke silver medal and powered Russia to victory in both the 4x50m freestyle and 4x50m medley relays.

"The 2018 European Championships were great with a huge crowd as you walked out the call room and out to the starting blocks."

Certain to get the biggest welcome is local hero Scott, who will be looking for his third taste of glory on home waters.

"To get back on the podium on in Glasgow would be very special to me," Scott said.

Glasgow and Scotland continue to receive global recognition as the perfect stage for major events, with the former boasting a coveted top-five ranking as an ultimate sporting city and having been named as the European Capital of Sport for 2023 last month.

"After months of preparations, Glasgow is ready and excited to welcome more than 500 of Europe's finest swimmers to the city for this 20th edition of the LEN European Short Course Championship 2019," Billy Garrett, director of sport and events at Glasgow Life and co-chair of the Glasgow 2019 Steering Committee, said.

"There will be five days of spectacular action in the pool and I would like to wish all the swimmers all the very best of luck for the competition and for an enjoyable stay in Glasgow at this festive time of year."

The event is being delivered in a partnership between Glasgow Life, British Swimming, Scottish Swimming, EventScotland and UK Sport.