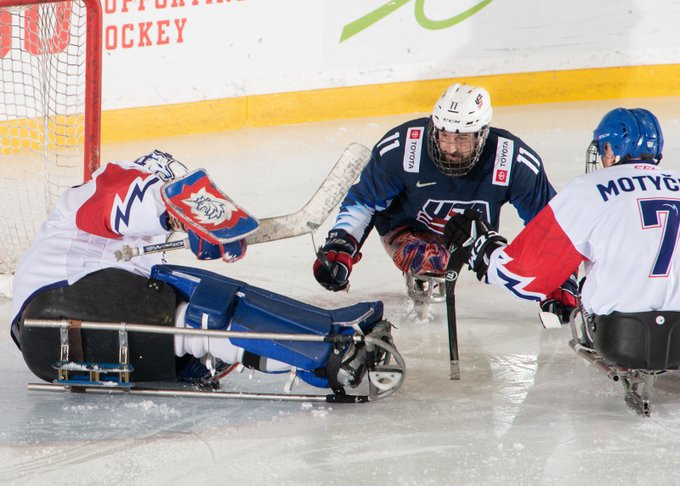 Hosts Canada and the United States are set to contest the Para Hockey Cup final after coming through their last-four matches in Newfoundland today.

The US thrashed Czech Republic 8-0 before Canada beat Russia 3-1 at the Paradise Double Ice Complex.

They will now go onto face each other in the final on Saturday (December 7).

Kevin McKee recorded two goals and an assist for the US, who hit Czech Republic for six in the first period.

Noah Grove, Brody Roybal and Jack Wallace produced a goal and two assists apiece and there was also a goal and an assist from Declan Farmer and a goal from Josh Hargis and Rico Roman.

Dominic Cozzolino scored the game-winning goal and recorded a primary assist to fire Canada to victory over Russia.

Russia drew first blood through Vasilii Varlakov, but it proved to be in vain.

They are schedueld to meet Czech Republic in the bronze-medal match, which will precede the gold-medal match on Saturday.

The US are seeking to win a sixth consecutive Para Hockey Cup title.