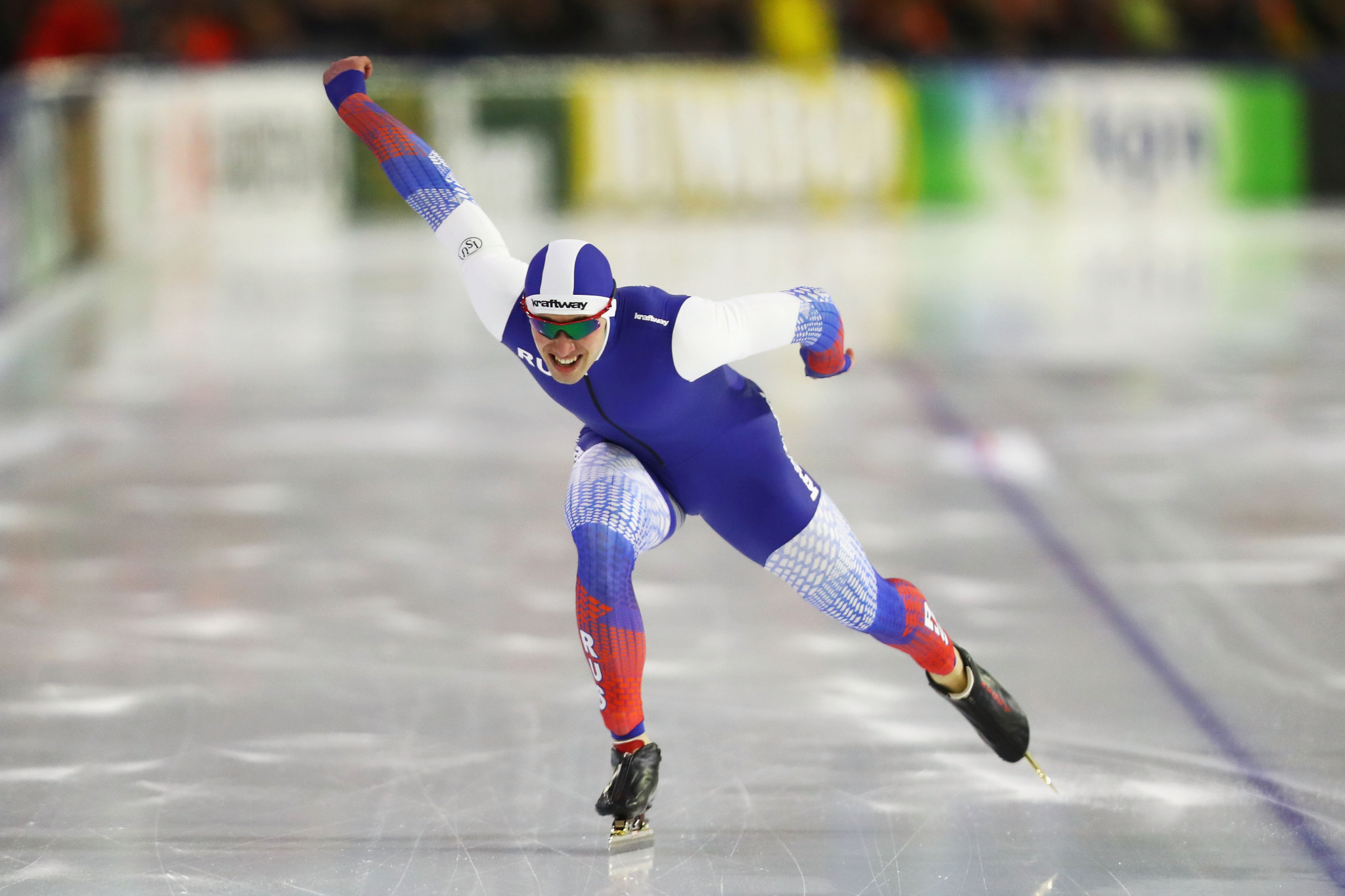 The 22-year-old led a Russian one-two finish at the Kazakh capital's Alau Ice Palace, clocking a time of 34.636sec.

Rounding off the podium was Canada's Alex Boisvert-Lacroix in 34.730, 0.01 seconds quicker than Russia's Artem Arefyev in fourth place.

Bowe, who set a track record in winning at the ISU Speed Skating World Cup in Belarus' capital Minsk last month, finished ahead of Russia's Daria Kachanova and Olga Fatkulina.

She edged out Czech Republic's previous track record holder Martina Sáblíková, who had to settle for the silver medal in 6:54.995.

Blondin was joined on the podium by fellow Canadian Isabelle Weidemann, the bronze medallist in 6:55.809.

There was a successful end to the day for The Netherlands, as they won both the men's and women's team sprints.

As for the women's event, the Dutch quartet of Letitia de Jong, Sanneke de Neeling, Jutta Leerdam and Michelle de Jong posted an unrivalled time of 1:27.955.

Fatkulina, Kachanova and Russian team mates Angelina Golikova and Irina Kuznetsova were the silver medallists in 1:29.700, while Poland's Kaja Ziomek, Karolina Bosiek and Andżelika Wójcik were the bronze medallists in 1:30.091.