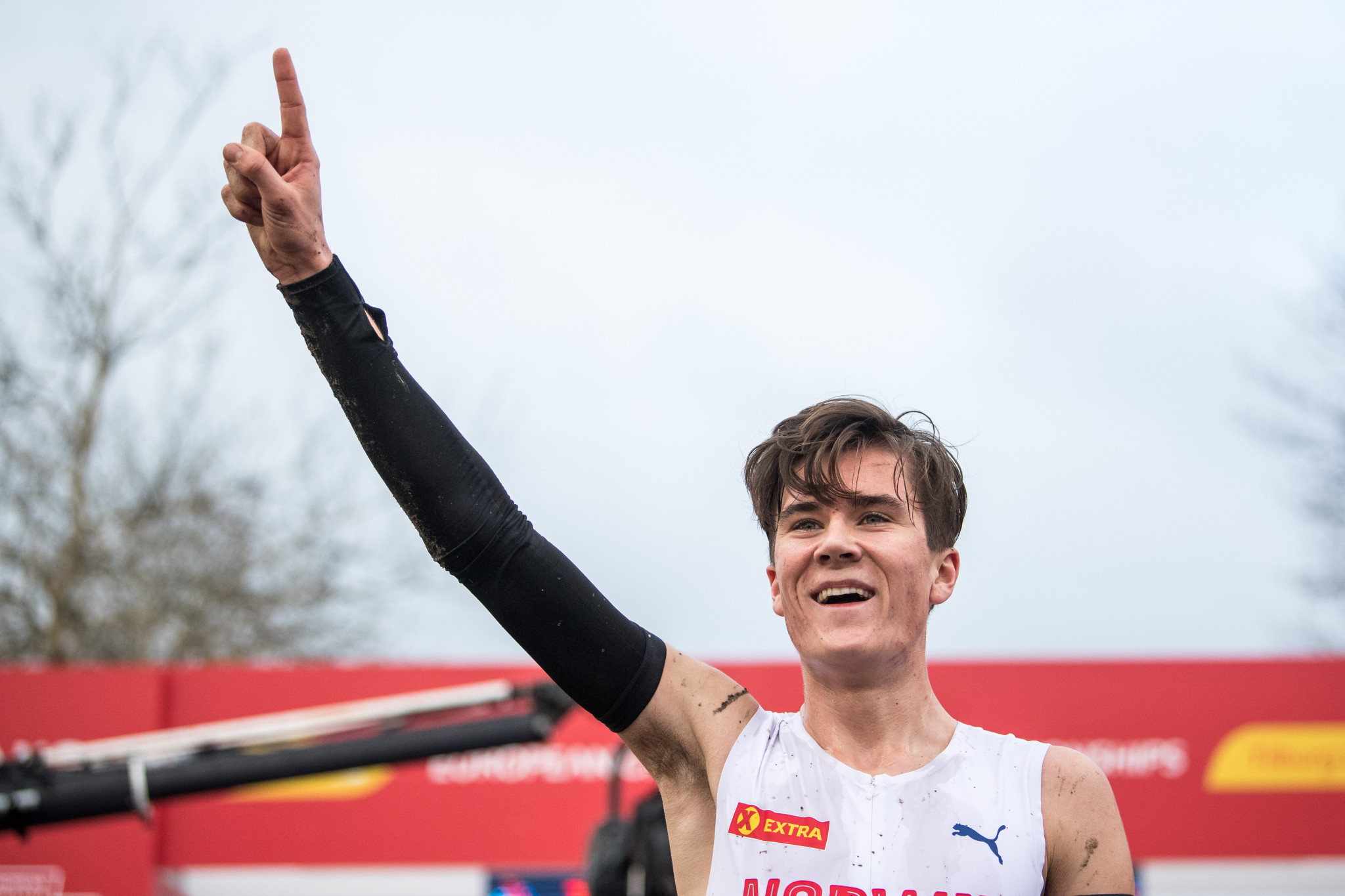 Filip and Jakob Ingebrigtsen will defend their respective men's senior and under-20 titles tomorrow at the European Cross Country Championships in Lisbon.

The Norwegian brothers confirmed their places on Wednesday, and the 2018 senior men's silver medallist, Isaac Kimeli of Belgium, made a recent decision to switch from the mixed relay event to the senior men's race.

Other strong rivals to Filip - the European 1500m champion in 2016 and a world 1500m bronze medallist in 2017 - include Italy's Ethiopian-born brothers Yemaneberhan and Nekagenet Crippa.

Yemaneberhan, 23, will be making his eighth successive appearance at these Championships, in which he has already amassed four individual medals, including back-to-back under-20 titles in 2014 and 2015.

Ali Kaya and Aras Kaya - the individual winners in 2015 and 2016, respectively - are likely to be the main Turkish contenders tomorrow, with the latter seeking to improve upon the bronze he won last year.

Europe's finest road-racing exponent, Switzerland's Julien Wanders, will compete at these Championships for the first time since he was a junior.

Wanders has since set European records at 10km - 27min, 25sec - and the half marathon - 59:13 - and he produced another significant win on the roads last weekend over 7.3km in Geneva on an undulating and lapped circuit, similar to the Bela Vista Park course that will be hosting tomorrow's racing.

At 20, Spain's Ouassim Oumaiz - who took silver behind Jakob Ingebrigtsen last year - has skipped the under-23 race and is the youngest athlete in the senior men's competition. but this is not to discount his medal prospects.

Britain's Andrew Butchart, part of the gold medal-winning team in 2016 before winning individual bronze the following year, will also be one to watch out for.

Meanwhile, Jakob Ingebrigtsen, the European 1500 and 5000m champion, is seeking a fourth consecutive under-20 title - he turned 19 on September 19.

Turkey's 22-year-old Yasemin Can will also be seeking a fourth win in a row in the women’s senior race.

Home runner Ana Dulce Felix, now 37, will be chasing her ninth medal at the Championships, having won the first of them in the team race in Brussels in 2008.

The men's under-20 race starts the programme, with the women's senior race providing the conclusion.