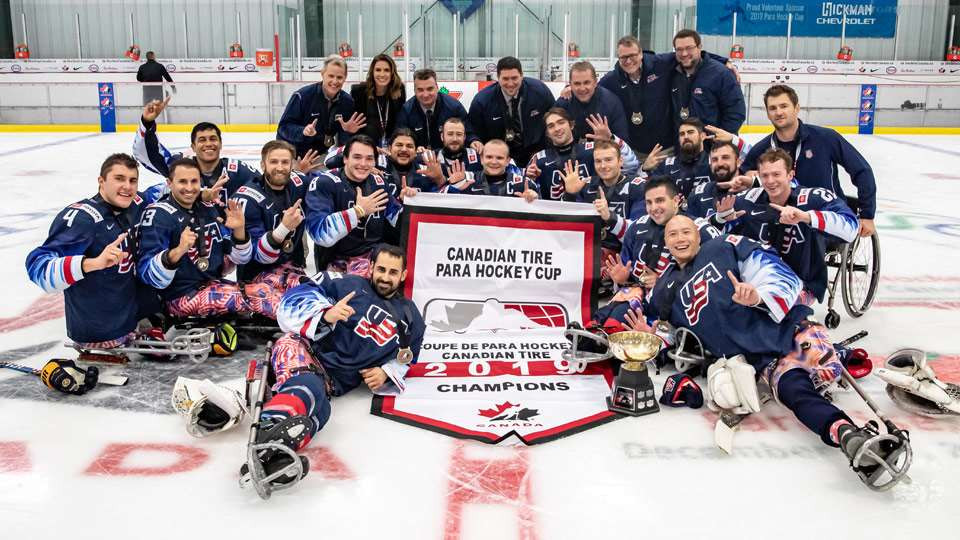 Goals from Declan Farmer and Josh Hargis extended the US winning run to 30 games as they took the trophy at the Paradise Double Ice Complex.

The last time the us experienced defeat was a 3-1 loss to Canada in the 2013 title game in Toronto.

GAME OVER! The 🇺🇸 extend its #CTParaCup dynasty to six-straight 🥇 medals by defeating 🇨🇦 in a tight 2-1 battle.

Canada has now won five gold medals, seven silver and a bronze in the history of the competition.

Steve Cash stopped six of seven Canadian shots in net to earn the win for the US, who received a two-assist outing from Brody Roybal.

Farmer put the defending champions ahead in the seventh minute of the second period during a power play, and Hargis doubled the lead 5min 42sec into the third quarter before a goal by Billy Bridges narrowed the margin.