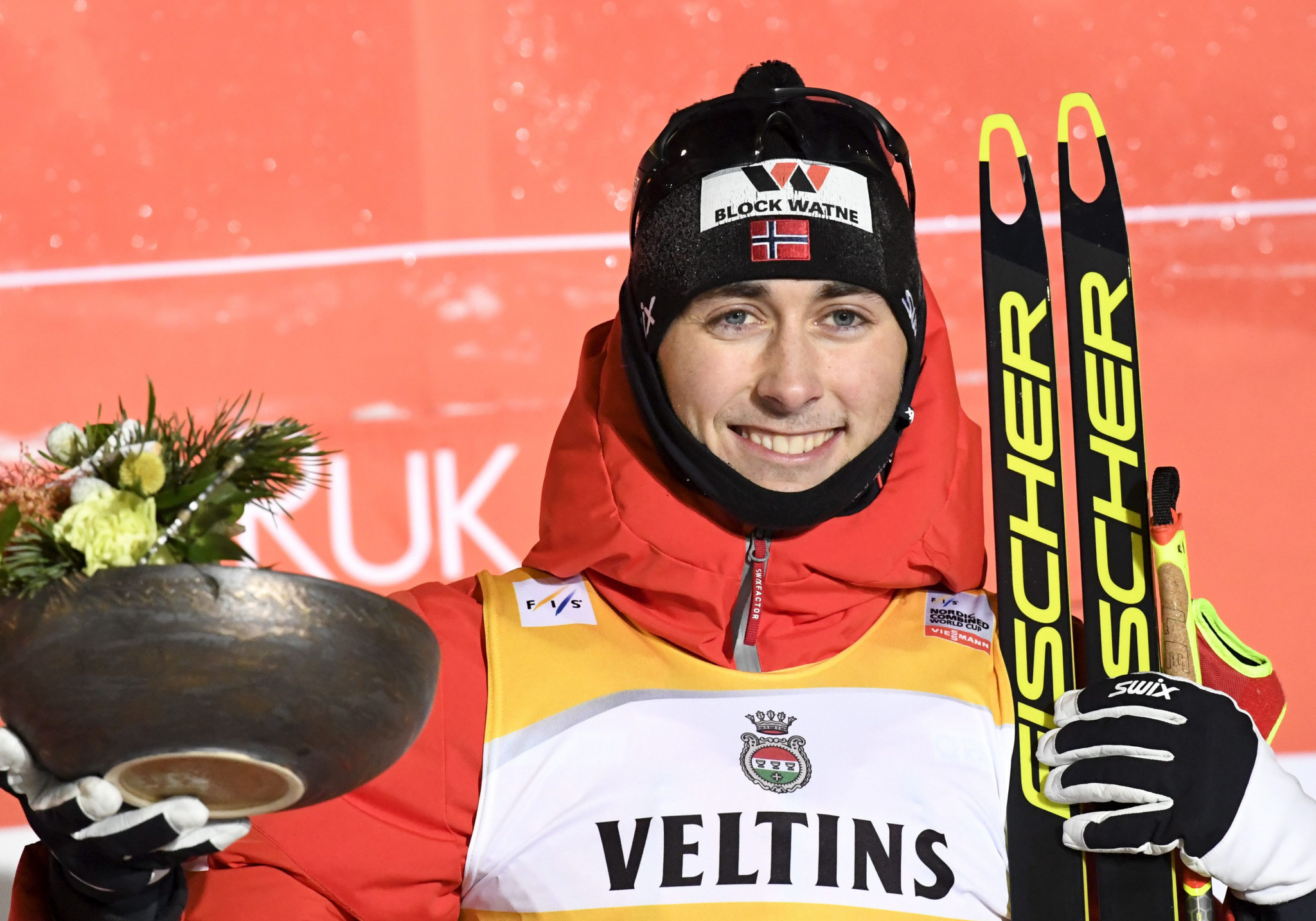 Jarl Magnus Riiber of Norway will be aiming for his sixth and seventh successive wins in the International Ski Federation (FIS) Nordic Combined World Cup, with the season continuing tomorrow in Ramsau am Dachstein.

Riiber has triumphed in all five events so far, topping the World Cup standings with a perfect score of 500 points.

He will travel to the Austrian resort to compete in two lots of HS98/10 kilometre competition.

The 22-year-old's main competition is likely to be compatriot and Sochi 2014 Olympic champion Jørgen Graabak, who is second in the standings with 255, or Jens Lurås Oftebro, another Norwegian, who is third in the standings on 225.

Fabian Rießle of Germany has finished on the podium in Ramsau eight times since 2012, while Italian veteran Alessandro Pittin could also be among the top three.

The home crowd will be cheering on Franz-Josef Rehrl, who came close to victory last year with a silver medal and is currently seventh in the standings.

Competition begins tomorrow with the first of the HS98/10km events, followed by the second on Sunday (December 22).