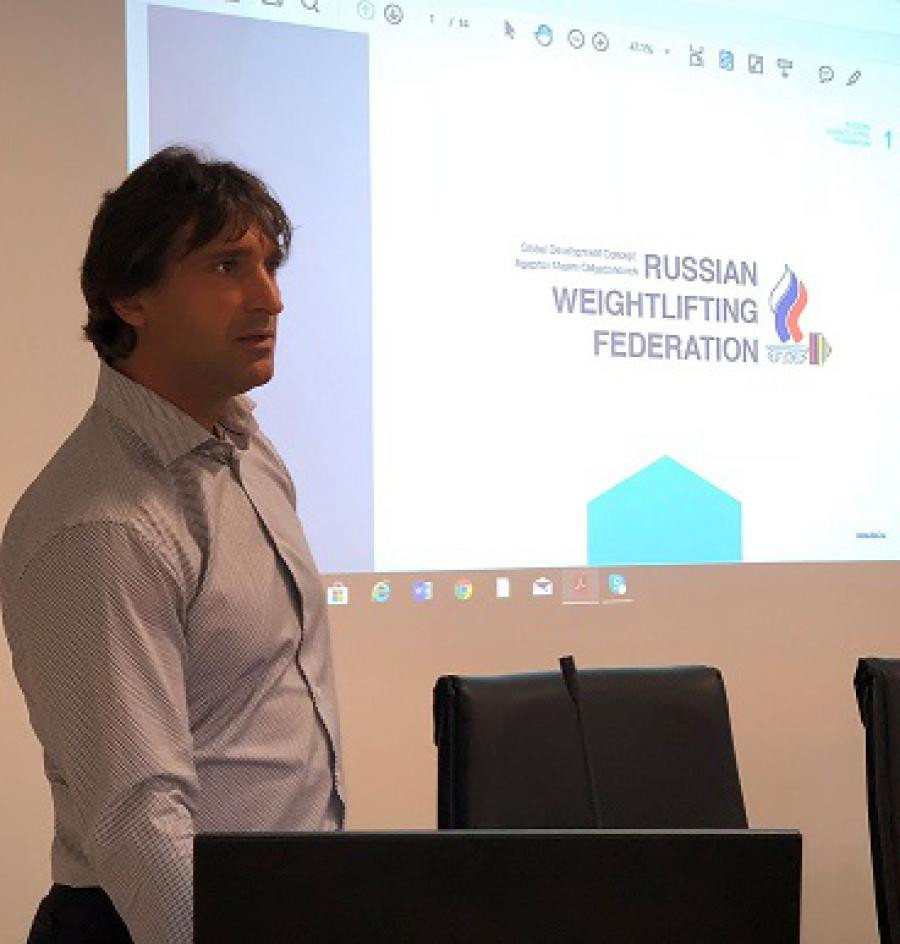 Maxim Agapitov, the Russian who has been openly critical of weightlifting’s global leadership in recent months, is running for President of the European Weightlifting Federation (EWF) to replace Antonio Urso, who has announced he is not standing again on "ethical principles".

"I am submitting my candidacy for the posts of President, vice-president and general secretary," Agapitov told Russia's official state news agency TASS.

Agapitov’s announcement came in the week when the country confirmed it was appealing, through the Russian Anti-Doping Agency, against a four-year suspension imposed by the World Anti-Doping Agency (WADA) because of a pervasive doping programme.

The WADA Executive Committee voted unanimously nine days ago to ban Russians from competing under their own flag at major international sporting events, including next year's Olympic Games in Tokyo and the 2022 FIFA World Cup, and from hosting global international competitions.

The WADA ban does not affect continental events, so the EWF Presidency vote is due to be made in Moscow on April 2 next year, before the start of the European Weightlifting Championships in the Russian capital.

Hasan Akkuş, the EWF general secretary from Turkey, is also standing for the Presidency, nominations for which close on February 2 next year.

Akkuş, 57, a widely published academic who is a professor of sports science, and Agapitov both competed in international weightlifting and have been involved in the sport for decades.

Urso, who ran for the International Weightlifting Federation (IWF) Presidency in 2017, criticised the man who beat him then, Tamás Aján, in a letter explaining his decision.

Writing to all Member Federations of the EWF, Urso wrote he strongly believed that "for the sake of alternation and democracy" no President or general secretary should stand for more than three four-year terms.

"Standing by my opinion and certainly not wanting to repeat the bad example of the IWF, where one man has been in power for over 40 years… and with respect for ethical principles, I hereby officially announce that I will not be running for the Presidency of the EWF at the next electoral congress in April in Moscow," Urso, first elected as EWF President in 2008, wrote.

The Italian, who works for his National Olympic Committee, claimed he was pleased to have carried out "a long list of innovations in every field: training camps, scientific seminars, the organisation of competitions and a scientific magazine that is currently unique in the world in terms of both quality and quantity.

"I have fought the doping phenomenon as was my prerogative…As early as 2008 my editorials spoke of the risk of weightlifting being excluded from the Olympic Games and this, unfortunately became a reality.

"My only regret is that some nations, fortunately very few, have not taken part in this fight against doping and continue to register positive cases, compromising the work of those who really want to change direction in our sport in Europe."

Urso said that the spread of medal-winning nations had increased markedly during his years as President "compared to a time where it was always the same countries on the podium and the records were simply not humanly possible".

He promised that he would still be “as active as ever” in the sport in future despite no longer being EWF President.

Akkus, who has been EWF general secretary for eight years, promised he had had positive feedback from National Federations, and would submit details of his Presidential project in the next few weeks.

Agapitov became President of the Russian Weightlifting Federation in 2016, since when he has led, he said, "a complete modernisation of the anti-doping system" in a country where a doping culture was well established in the past.

Russia’s weightlifters were banned from the 2016 Olympic Games in Rio de Janeiro and because of its historic doping record it is one of the nations restricted to only two places at Tokyo 2020.

Russia may now lose those two places too, after the recent suspension imposed by the WADA.

Twelve doping violations by Russians were announced by the IWF in August, all of them from the years before 49-year-old Agapitov took over.

Agapitov has repeatedly complained that Russia is being punished too harshly for past misdeeds, and said in August, "I know that old system in Russia was part and reflection of the international system" for which, he alleged, Aján was responsible.

Agapitov and Urso are both members of the IWF Executive Board.