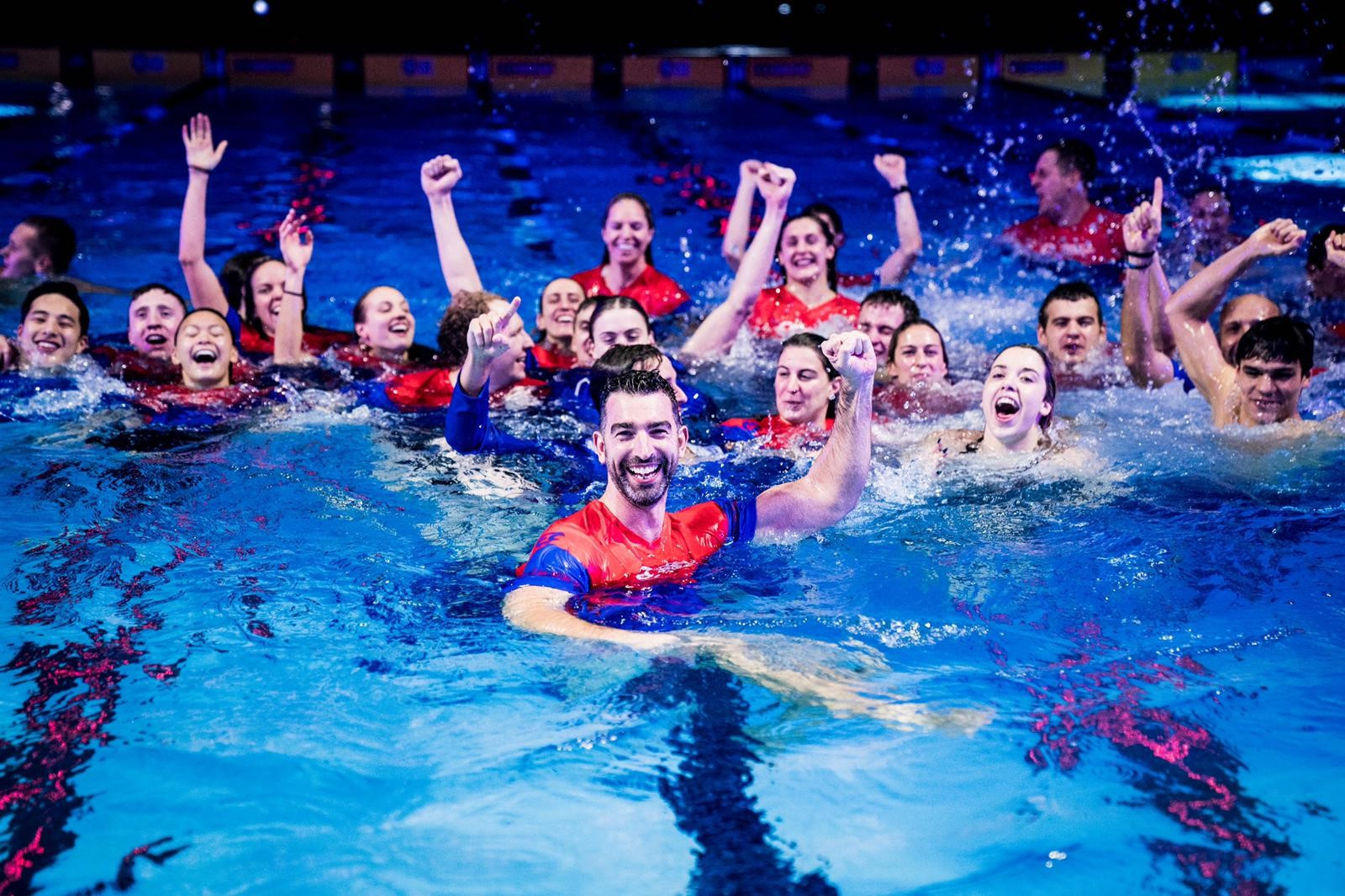 Energy Standard were crowned as the inaugural winners of the International Swimming League (ISL) after the Grand Final concluded in dramatic fashion in Las Vegas.

Their all-star line-up led overnight by 13.5 points at Mandalay Bay Resort and Casino but relinquished their advantage to London Roar after the opening session.

Roar gained 45.5 points to take control and stayed in front until the knock-out format skins races which ended the final.

Victory for Sweden's Sarah Sjöström in the women's race and a runners-up finish from France's Florent Manaudou proved key for Energy Standard as they climbed back into top spot.

They finished on 453.5 points with London, who could not advance from the first round of either skins race, ending on 444.0 in second place.

Energy Standard have enjoyed the skins races in the debut ISL season, winning three meetings despite trailing heading into the final action.

"I was on edge there, it's fantastic," said head coach James Gibson.

"They've always been behind, for three meets, but they never give up.

"They showed great courage, the last guys coming out."

Japan's Daiya Seto was another star for Energy Standard after winning both the men's 200 metres butterfly and 200m individual medley on day two.

The winning club also won the mixed 4x100m relay before the skins, giving them momentum before the crucial last races.

Olympic gold medallist Sjöström earned two individual runners-up finishes and pocketed $50,000 (£38,500/€45,000) after being named as the season's most valuable player.

"It's amazing to win the first ISL title.

"I'm very, very happy, first of all to win the title with my team, but also to win the MVP title, it feels amazing."

London had put themselves in the box seat with their victories including Britain's Adam Peaty in the men's 100m breaststroke and his compatriot James Guy in the 400m freestyle.

With points in the final counting double, Condors swimmer Caeleb Dressel ended the meet with 121 after the American double Olympic champion's superb five victories and one world record.

The inaugural ISL had promised to take swimming into a "new era" and, it is claimed, address concerns from athletes about a lack of prize money and competition opportunities.

However, the team-based competition was met with resistance from the International Swimming Federation.