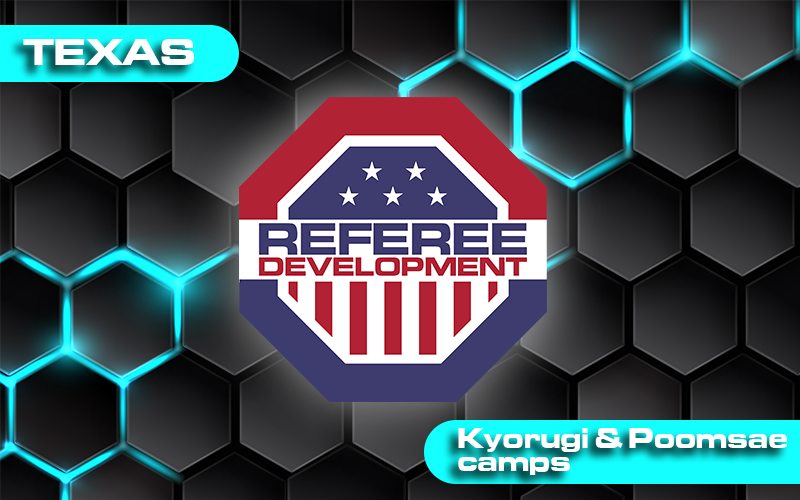 USA Taekwondo has announced kyorugi and poomsae referee development will be held at Grapevine in Texas.

The first training camp will focus on poomsae referee development, which is due to be held on February 7 and 8.

It will be followed by the kyorugi referee development camp.

The two-day camp is scheduled to held on February 8 and 9.

USA Taekwondo revealed there will be 40 spots available for each of the camps.

Registrations will close when all spots have been filled, with USA Taekwondo adding that only referees that have registered and paid in full will be able to take part.

The late registration period will end on February 4.

Registrations can be made here.