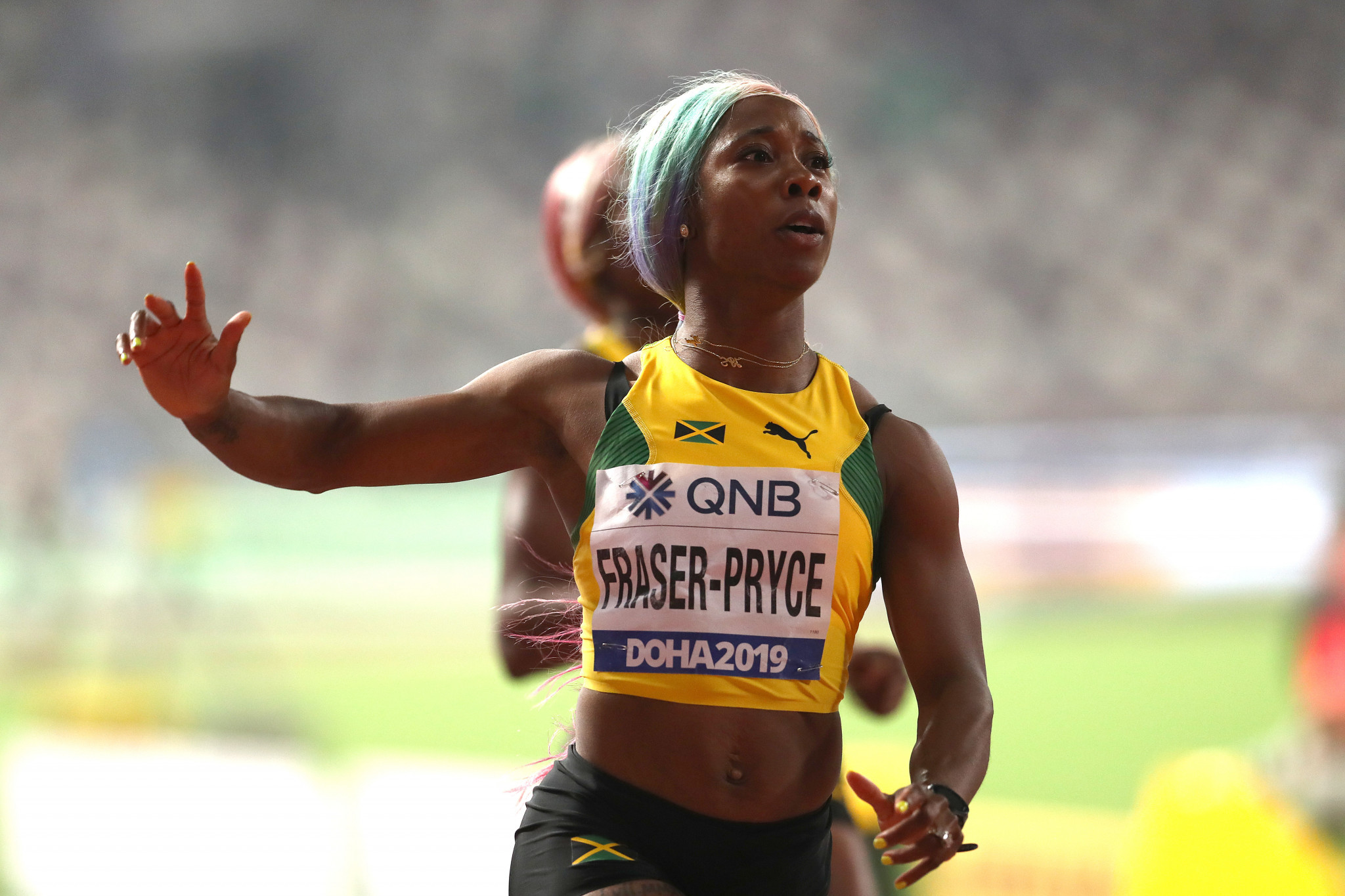 World 100 metres champion Shelly-Ann Fraser-Pryce has confirmed that she will double up over 100 and 200m at Tokyo 2020, which she has claimed will be her fourth and final Olympics.

The 32-year-old Jamaican told reporters in Kingston: "I will be doubling up definitely.

"Last year [season] I really wanted to attempt the double but coach had other plans so I just worked with that plan.

The news will be of interest to Britain’s world 200m champion Dina Asher-Smith, who took silver behind Fraser-Pryce in the 100m at this year's International Association of Athletics Federations (IAAF) World Championships in Doha.

Fraser-Pryce has mainly concentrated on the 100m individual event in a career that has seen her earn the Beijing 2008 and London 2012 golds and five individual world titles.

But she earned a 200m silver medal at London 2012, and achieved the double at the following year's IAAF World Championships in Moscow.

The sprinter has never dipped below 22 seconds for the longer sprint, which is another target for next year.

"I am definitely looking forward to running the 200m, especially because I believe in my heart that I can run 21 seconds," she said.

"It's a big passion of mine so I am working really hard towards that."

Last month Fraser-Pryce, who has a two-year-old son, announced that Tokyo 2020 would be her last Olympics.

"I am always grateful for the opportunity to represent my country, my family, myself, but Tokyo is my last Olympicsm" she said.

"I definitely know that."