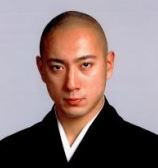 One of Japan’s most famous kabuki actors, Ichikawa Ebizo XI, and rising world opera stars, Italy's Anna Pirozzi and Uruguay's Erwin Schrott will collaborate on stage together in the latest event to be announced in Tokyo 2020’s Nippon Festival.

The event, one of four that will form what is an official cultural programme of Tokyo 2020 has the theme of "Celebrating the Start of the Games".

It will be entitled Kabuki x Opera and is due to take place at the Tokyo Metropolitan Gymnasium on April 18 next year.

"In addition to disseminating Japan's proud culture both inside and outside Japan, the festival will promote the realisation of a symbiotic society, participation and exchange among diverse people, and opportunities for many people to participate in the Tokyo 2020 Games through cultural and artistic activities, thereby creating excitement in the build-up to the Games," Tokyo 2020 said.

The programme will feature performances embodying different aspects of what the organisers are calling "integration and coexistence between western and eastern cultures and comparisons between the traditional and the modern".

Tokyo 2020 added: "In conjunction with this event, Tokyo 2020 is pleased to welcome JXTG Nippon Oil & Energy Corporation as an official partner of the Tokyo 2020 Nippon Festival".

The Japanese petroleum company, whose products are sold under the Eneos brand, are also a supporting partner of the Torch Relays for the Olympic and Paralympic Games.

Ebizo has been actively engaged in producing performances to reintroduce the values of traditional Japanese art to contemporary generations in projects entitled "Invitation to the Classics" and "ABKAI."

He earned a nomination for the prestigious Laurence Olivier Award for his work on the London stage in 2006.

In 2007, France awarded him its prestigious The Ordre des Arts et des Lettres in appreciation of his work.

Since her debut in 2012 at the Teatro Regio in Turin as Amelia in Ballo in Maschera, Pirozzi has been described as "the most electrifying dramatic soprano of her generation”, inspiring the leading Italian daily newspaper Corriere della Sera to call her “an extraordinary dramatic coloratura soprano that in time will be able to place herself in the footsteps of Anita Cerquetti, the greatest dramatic soprano of coloratura from 1945 to today."

Schrott,  a bass baritone, has performed to international acclaim in the world´s most prestigious opera theatres such as Milan's Teatro alla Scala, the New York Metropolitan Opera, the Opéra National de Paris, the Bayerische Staatsoper, the Washington National Opera, the Vienna State Opera, the Teatro Colón in Buenos Aires and the Royal Opera House Covent Garden.

Last month Spanish opera singer Plácido Domingo, one of the famous Three Tenors, withdrew from the Nippon Festival event after being accused of sexual harassment by several women.

Tokyo 2020 claimed the decision had been taken after "mutual consideration" after the 78-year-old claimed he had opted not to participate "due to the complexity of the project".