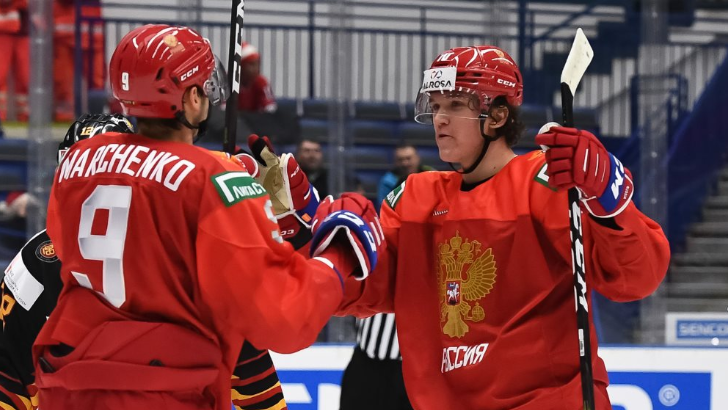 The Russian side condemned Germany to relegation after easing past their opponents 6-1 at the Ostravar Aréna.

Kirill Marchenko scored twice in the first period, before Grigori Denisenko made it 3-0 to Russia in the second.

Nino Kinder was the scorer of Germany's consolation goal in the dying minutes of the match.

Germany will now face Kazakhstan, the Group A loser, in a series of three relegation clashes.

Sweden topped Group A, continuing their unbeaten record by defeating Slovakia 6-2 at the Werk Arena in Třinec.

Kristian Kovacik and Robert Dzugan got on the scoresheet for Slovakia.