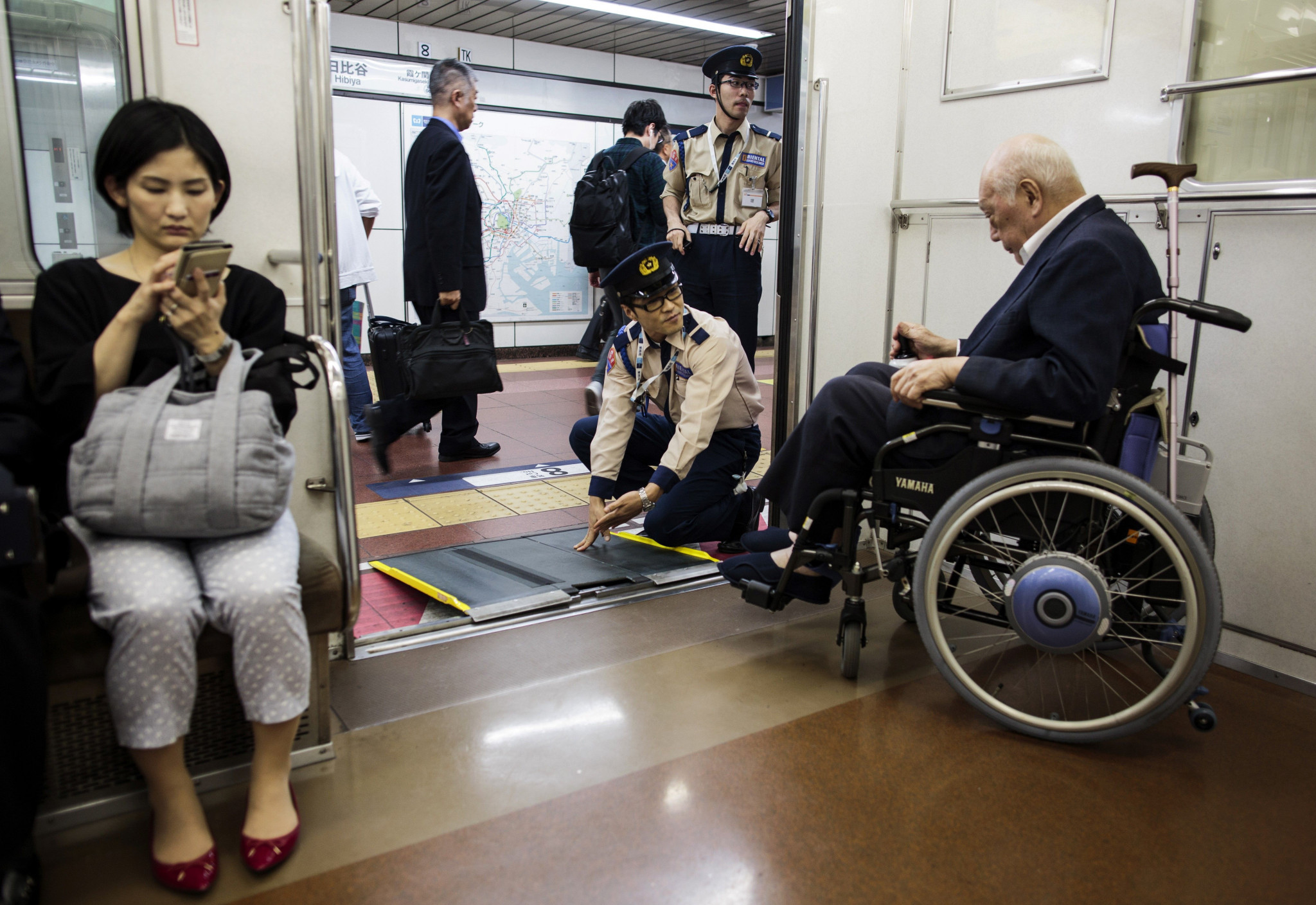 Work to improve accessibility for disabled people in Tokyo is "speeding up" in the build-up to this year's Paralympic Games in the Japanese capital, a report has claimed.

It follows a survey commissioned by the news agency which asked 564 respondents if they had seen any improvement in accessibility or understanding of disabilities since 2013, when Tokyo was awarded the Games.

The survey, carried out in June and July with the Japan Disability Forum and the Nationwide Support Center for Students with Disabilities, found that 66 per cent had noticed no improvement.

The remaining 34 per cent said that they had "noticed progress".

Another survey carried out between June and August then found that 98 out of 175 Para-athletes who are aiming for Tokyo 2020 believed that accessibility needed to be improved.

International Paralympic Committee President Andrew Parsons has targeted greater accessibility and a changing of perceptions as a major legacy goal of Tokyo 2020.

The lack of accessible hotel rooms has been raised as a concern, with Japan introducing new legislation in September in a bid to address the problem.

One per cent of a hotel's rooms must now be accessible, replacing the old law where any hotel with more than 50 rooms was required to have just one room available for disabled people.

At railway stations, new platforms and elevators are among the upgrades.

"We have further accelerated our barrier-free initiative at stations ever since Tokyo was elected as the host city," said Kazunori Wakita, who is in charge of Games measures at Tokyo Metro, to Kyodo News.

The survey in June and July also revealed that 36 per cent had suffered from verbal or other forms of discrimination because of their disabilities.

Japanese Para-canoeist Monika Seryu told Kyodo News: "I take part in the physical education class at my university with able-body students, many of whom aspire to be teachers.

"Because of my participation, others can learn what kind of arrangements should be made to accept students in wheelchairs."

The Tokyo 2020 Paralympics will run from August 25 to September 6.