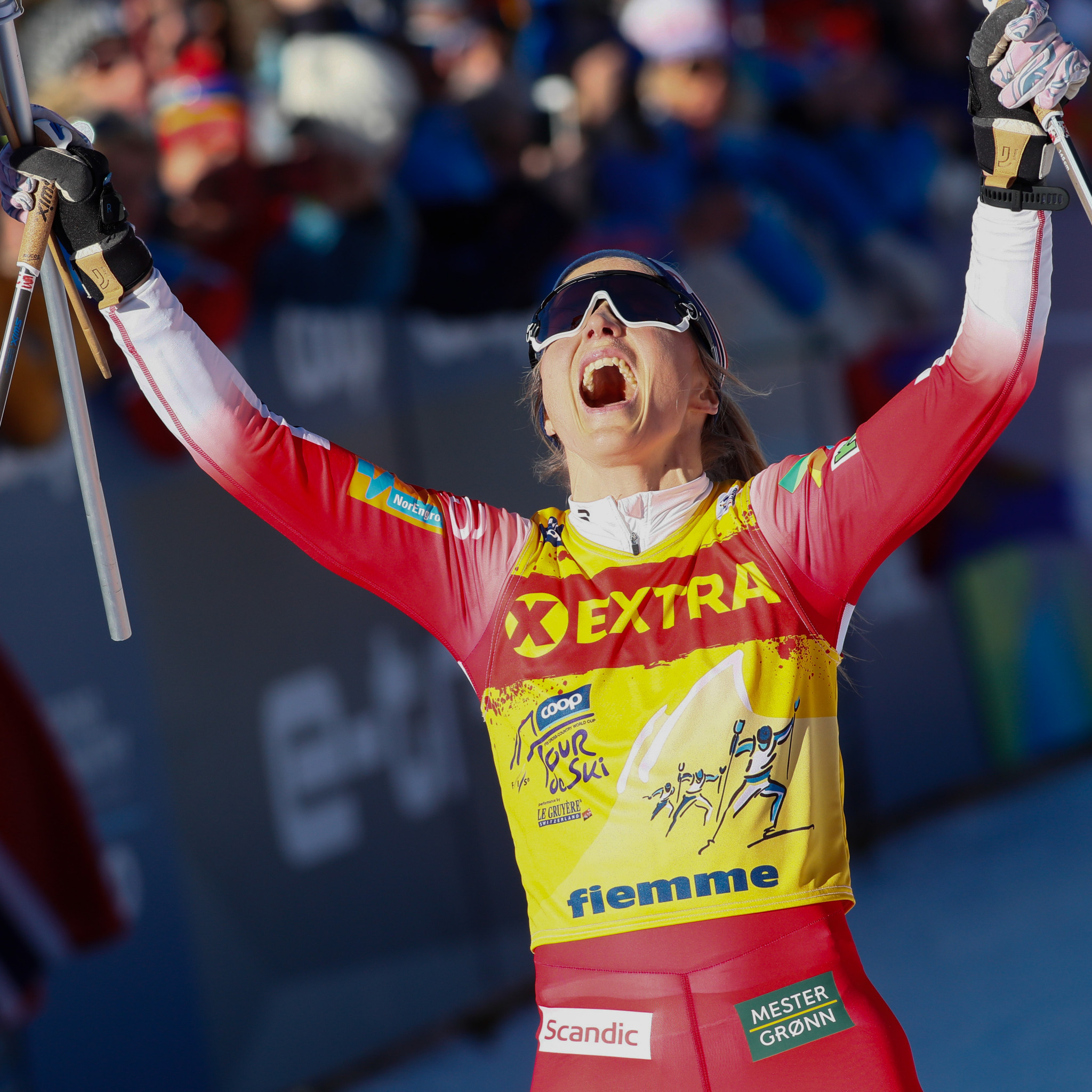 Victory in the previous day’s men’s classic sprint event at this Italian resort had enabled Klæbo - seeking to become only the second skier to successfully defend the men’s title - to move back ahead of Bolshunov by a single second.

That was still enough to see him onto the podium as overall third-placed skier, 69 seconds behind Bolshunov’s final combined time of 2 hours 58min 18.1sec.

"It is an amazing feeling," Bolshunov said.

"Even up to the final metres I was afraid to go forward because the uphill was really tricky.

"But finally by the finish line I had some power left.

"So it was just my day today."

Alexander Bolshunov WINS the 14th edition of the Tour de Ski! 💫
What a tough fight! Thank you all for this spectacular tour 💪#fiscrosscountry #tourdeski pic.twitter.com/QA22KgetXK

Only one female athlete has now won this title more times than she has - Poland’s four-times winner Justyna Kowalczyk.

Johaug may already have beaten that record but for the 18-month doping suspension she served from 2016 until 2018 after testing positive for banned anabolic steroids.

"My goal was to fight for the first place and today I did it so it has been seven hard days but I’m really, really happy now," Johaug said.

"I am really looking forward to ending this Tour de Ski because you wake every morning and are so nervous - but tomorrow I am free!"

Third place overall went to Østberg, who had used the Tour de Ski to return to action having missed the start of the season with health reasons.

Østberg, winner of fourth stage of the Tour de Ski in Toblach on New Year’s Day, finished 77.5 seconds behind her winning compatriot.