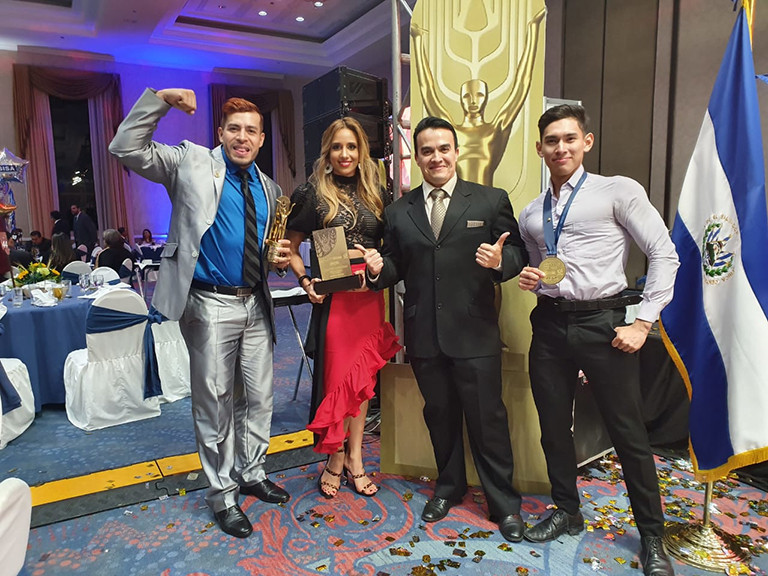 El Salvador's fitness athlete Paulina Zamora was named Female Athlete of the Year across all sports at an awards ceremony in the Central American nation.

She came out on top at the event organised by the Association of Sports Journalists of El Salvador and youth charity Foundation for Educating a Salvadoran.

Other prizes on the night included Yuri Rodriquez being named as bodybuilding star.

He also won gold in Lima, in the men's class bodybuilding event.

This meant fitness and bodybuilding provided two of the three golds El Salvador won at the Pan American Games.

Their only other winner was compound archer Roberto Hernández in the men's individual competition.

There was also a prize at the ceremony for Saul Artiga, awarded the Bodybuilding Promise Award for his success at national level.

Fabrizzio Hernández, the President of the Salvadoran Federation of Bodybuilding and vice-president of the El Salvador National Olympic Committee, was among those to attend the awards.