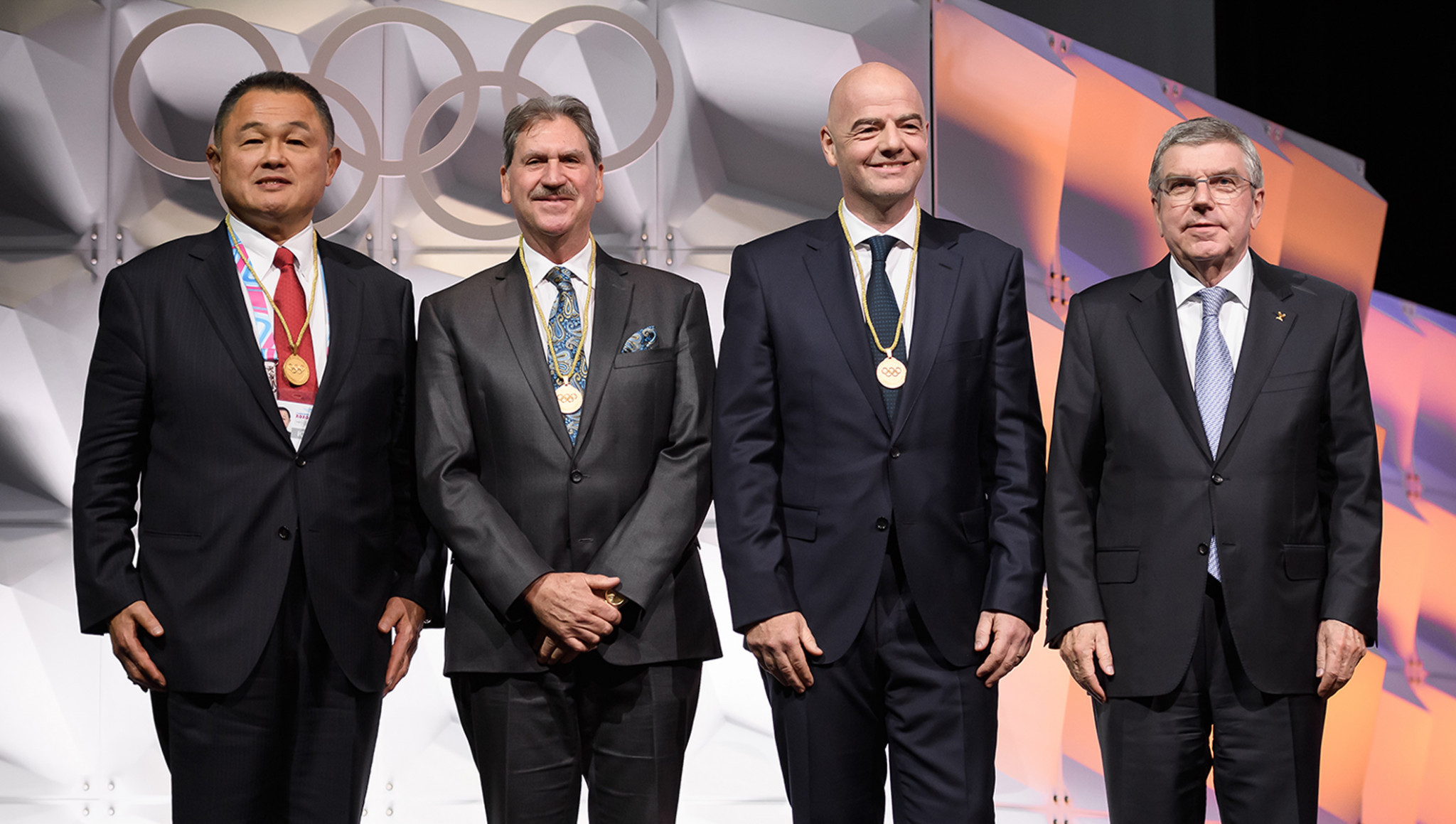 Infantino received 63 votes with 13 against, Yamashita earned 74 votes with one against Haggerty earned 70 votes at the IOC Session.

The rubber-stamping of the three officials brings the number of IOC members back above the 100 mark.

Infantino and Haggerty's membership will be linked to their role as President of their respective International Federation.

Asked after the Session how he felt about his election to sport's most prestigious club, Infantino said he was "very happy", emphasising that FIFA and the IOC already worked closely together.

Haggerty joins IOC vice-president Anita DeFrantz and Athletes' Commission member Kikkan Randall as the Americans who are part of the IOC.

"It is a great privilege to become an IOC member, I am truly honoured," Haggerty said.

The IOC was waiting for Haggerty and Infantino to be re-elected at their respective International Federations before proposing them as members.

Both won fresh four-team terms as the heads of the ITF and FIFA.

Yamashita was elected JOC President in June to replace Tsunekazu Takeda, who resigned after he was implicated in an alleged bribery scandal connected to Tokyo's successful bid for the 2020 Olympic and Paralympic Games.

The 62-year-old, winner of a gold medal in judo at the 1984 Olympic Games in Los Angeles, also effectively takes Takeda's place on the IOC - as expected - with his membership linked to his function as the head of a National Olympic Committee.

IOC President Thomas Bach admitted the choice of Yamashita was "motivated" by this year's Olympic Games in Tokyo.

Yamashita said he "never expected" to become an IOC member but promised to "work hard for the development of Olympic Movement".

The IOC membership now stands at 101 after five members departed the body at the end of 2019.

Italy's Franco Carraro had already been bestowed with the award, while Spain's José Perurena, the other departing member, had not served for 10 years.