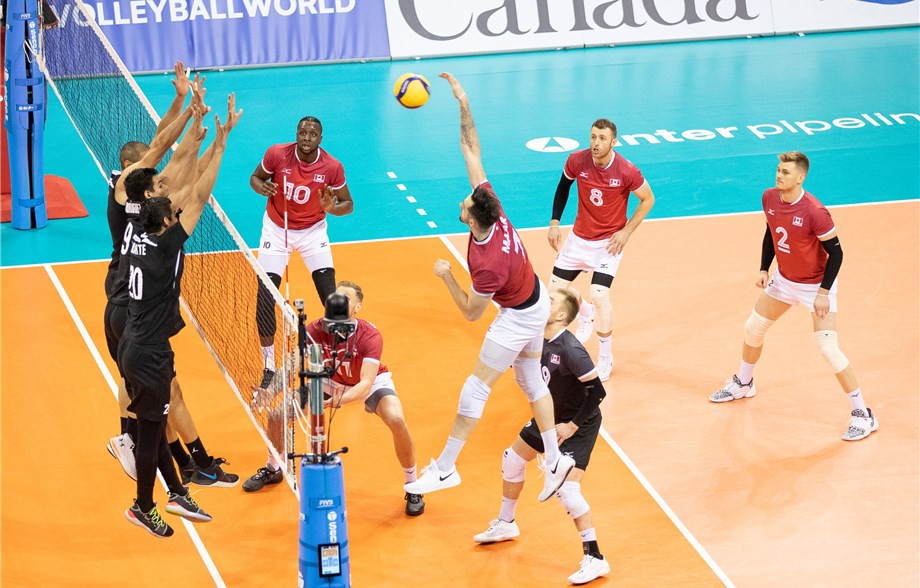 Canada got the start they wanted on the home ground of Vancouver, defeating Mexico 3-0 in their opening round-robin match in the Men's North American qualifier for the Tokyo 2020 Olympic Games.

The home team earned a 25-16, 25-14, 25-17 win at the Pacific Coliseum in the North, Central American and Caribbean Confederation (NORCECA) round-robin.

"This was the first game we've played together since last summer, so we were a little tentative and rusty at the start, but we settled down and started flowing," said Canada's head coach Glenn Hoag.

Mexico captain, Pedro Rangel, commented: "We started at a high level but afterwards Canada put on too much pressure.

"They served really well and made some big blocks."

Cuba beat Puerto Rico 25-18, 25-14, 25-19 in the other opening match, after which the winning captain Livan Osorio looked ahead to tomorrow's meeting with the hosts: "We're going to be ready for tomorrow, which will define the qualification for Tokyo.

"We are ready for tomorrow's game.

"We can't wait to play against Canada - they're a great team and we'll be ready for them."

While the Canadian men enjoyed the benefits of home advantage, Canada's women's team had to accept defeat in Santo Domingo, Dominican Republic, in the opening match of their Tokyo 2020 NORCECA qualifying event.

Thomas Black, the Canada coach, said: "It was a learning experience.

"We had the chance to win the match in the fourth set and couldn't close.

"Now we have to learn quickly and face tomorrow's match against Dominican Republic."

The 37-35, 25-14, 25-27, 25-22 scoreline reflected a dramatic struggle in which Chile’s Vicente Parraguirre and Willner Quijada of Venezuela were joint top scorers with 23 points.

Colombia also made the best possible start in pursuit of the single place on offer for the Tokyo 2020 Games, beating Peru 25-19, 25-23, 25-21 in their opening match in the Chilean capital.

Eduardo Dammert top-scored for Colombia with 13 points, while Liberman Agamez scored 16 for Peru.

The two winners will meet in the next round of matches, with Chile playing Peru.

The two events were among the 10 Tokyo 2020 continental qualifiers for men and women taking place this week under the overall auspices of the International Volleyball Federation.