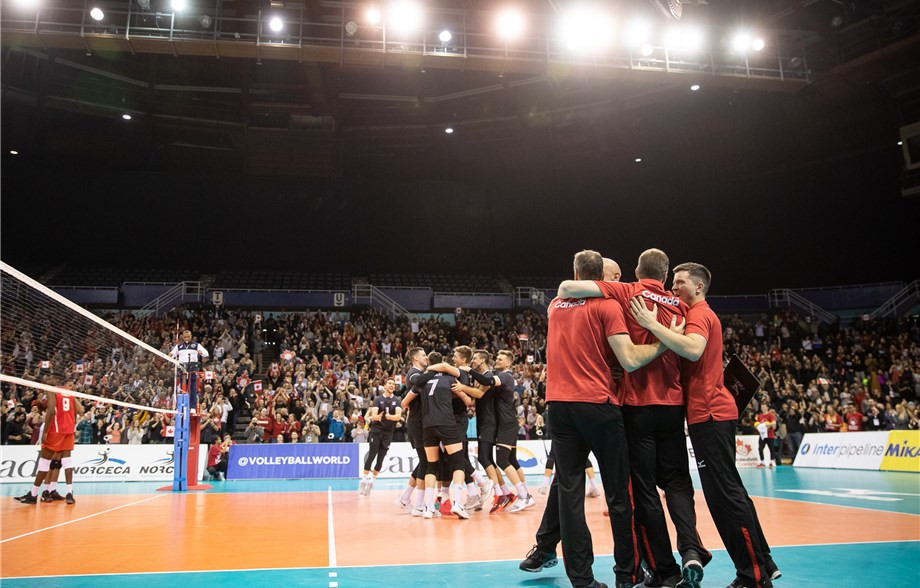 Canada battled back from two sets down to beat Cuba at the Men's Volleyball North American Olympic Qualification Tournament and are now one victory away from Tokyo 2020.

It means Canada have two wins from two in the four-team round-robin tournament which sends only the winners to this year's Olympics.

Victory over Puerto Rico in their final match tomorrow will assure them of a place in Japan.

"There's no words for this game," said Canada's Nick Hoag.

"The crowd gave us some extra energy.

"We focused in on our game plan because there were some specific things we had to do and we executed it really well.

"We had to stay aggressive and we got the win in the end.

"Our serving made a big difference.

"They weren't able to run the middle so much.

"They're really physical in the middle.

"We did ramp up the serving and put a lot of pressure on them."

Cuba have now slipped to one victory and one defeat and are joined on that record by Puerto Rico, after their 26-24, 25-23, 25-23 win over winless Mexico.

The Cubans and Mexicans will meet tomorrow.

At the Men's Volleyball South American Olympic Qualification Tournament in Chile, Colombia are in the same position as the Canadians after also recording their second victory.

Colombia have never appeared at the Olympics but will book their place in Tokyo if they beat hosts Chile tomorrow.

"Today we made some mistakes and for moments we lowered our intensity, mainly in the services," said home coach Marcos Kwiek.

"We need to keep the focus and not allow us to be carried by the emotions in our match against Puerto Rico."

Canada will meet Mexico tomorrow with both sides already out.