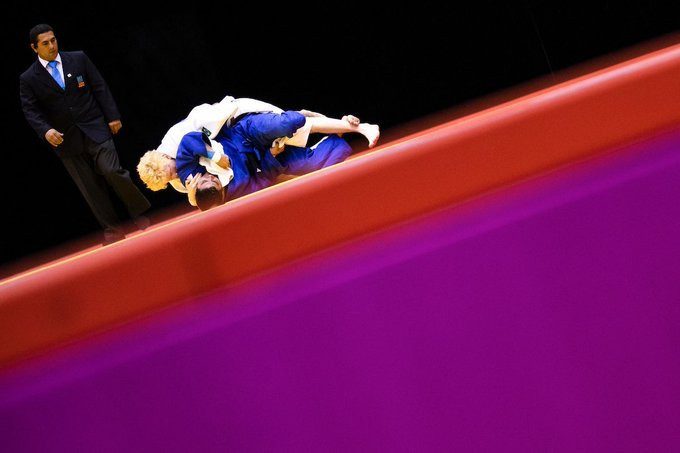 Among the South American nation’s winners was Lucia Araujo, who beat Argentina’s Laura Gonzalez 2-0 in the women's under-57 kilograms best-of-three-matches clash at the Canadian city’s Pierre-Charbonneau Centre.

Brazil’s two other female victors were Giulia Pereira and Meg Emmerich at under-48kg and over-70kg, respectively.

Pereira was the sole competitor in her category, while Emmerich defeated compatriot Rebeca Silva 5-0 in her final with the United States' Katie Davis and Cuba's Dalidaivis Rodriguez Clark taking home the bronze medals.

Silva was joined on the under-100kg podium by silver medallist Benjamin Goodrich of the US and third-place finisher Isao Rafael Cruz Alonso.

Completing the over-100kg podium were the US’s Robert Anderson and Trey Lampkin.

Hosts Canada and Mexico each had two gold medallists today.

After receiving a bye through the first round, Gagné beat Brazilian Maria Nubea Dos Santos Lins by ippon in golden score and Karla Cardoso, also from Brazil, in just over a minute in the final.

"I felt very prepared mentally today and 90 per cent of the fight is about mental preparation, so I feel like if that’s ready, everything is fine," the Canadian said.

The event was the first of three judo qualification events for this year's Paralympic Games in Tokyo.

There will be further Tokyo 2020 qualification opportunities at Grand Prix events in English city Nottingham on April 11 and 12, and Azerbaijan’s capital Baku on May 11 and 12.