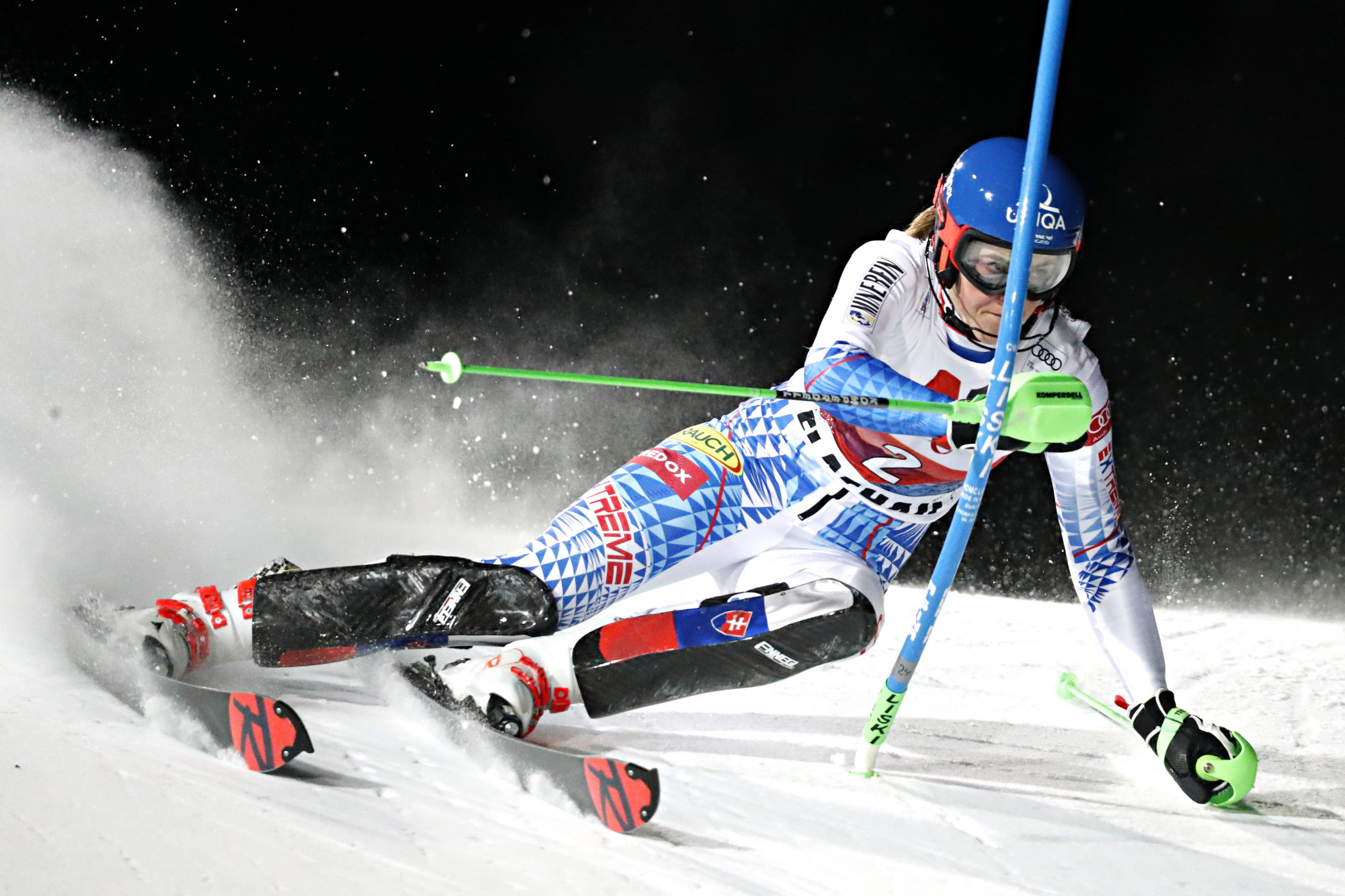 The 24-year-old giant slalom world champion followed up her victory in Croatia's capital Zagreb earlier this month by triumphing in 1min 53.65sec.

Sweden's Anna Swenn-Larsson was runner-up in 1:53.75, while double Olympic champion Mikaela Shiffrin of the United States rounded off the podium in 1:54.08.

Vlhová's win was a repeat from last year and sees her close the gap on Shiffrin at the top of the FIS Alpine Skiing World Cup slalom standings to 80 points.

Swenn-Larsson is up to third place with 235 points.

She did it for the second time here in Flachau and this is the 12th victory for @PetraVlhova 👏🏻👏🏻👏🏻‼️‼️‼️ pic.twitter.com/GmvZjagnxW

In the overall standings, Shiffrin leads the way on 886 points, with Vlhová her nearest challenger on 613.

Italy's Federica Brignone, who did not compete today, has dropped to third spot with 565 points.

She last failed to do so in Swiss village Lenzerheide in January 2018, when she did not finish.