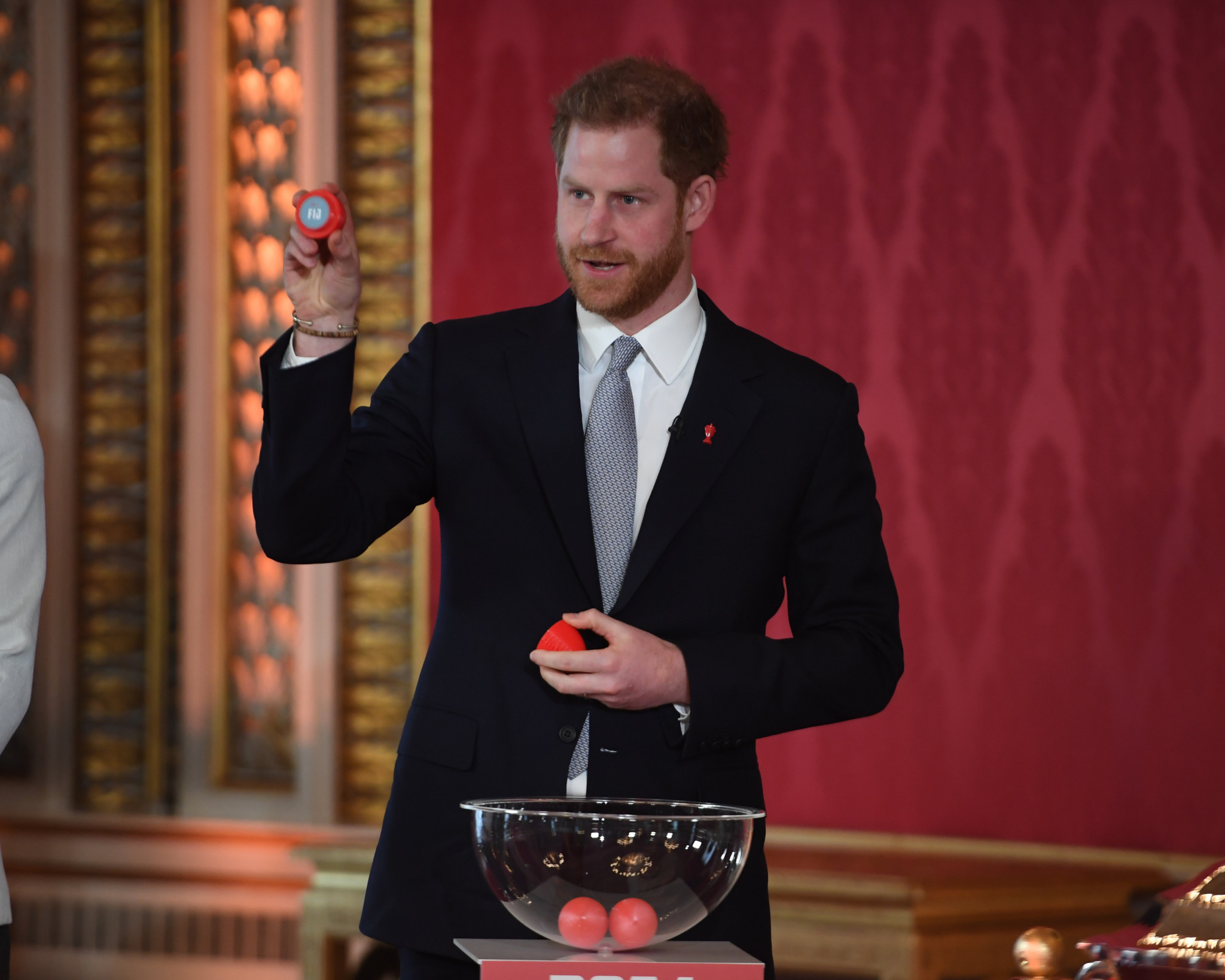 The three draws for the 2021 Rugby League World Cup (RLWC2021) took place today at Buckingham Palace, where Prince Harry made his first public appearance since announcing last week that he and his wife plan to step back as senior members of the Royal Family.

The men's, women's and wheelchair tournament draws were completed concurrently at the iconic venue.

Hosts England have been drawn alongside Samoa, France and Greece in Group A of the men’s event.

England will play Samoa in the opening match of the tournament at St James' Park in Newcastle on October 23.

Defending champions Australia, who beat England in the 2017 final, are in Group B with Fiji, Scotland and Italy.

Group C is made up of New Zealand, Lebanon, Jamaica and Ireland, while Group D comprises Tonga, Papua New Guinea, Wales and the Cook Islands.

England will get the women's tournament underway when they take on Brazil at Headingley Stadium in Leeds on November 9.

The home nation's other Group A fixtures will see them play Papua New Guinea and Canada, while in Group B, holders Australia go up against New Zealand, France and the Cook Islands.

In the wheelchair event, England have been drawn alongside Australia, Spain and Norway in Group A.

Their opening fixture will be against Australia at the Copper Box Arena in London on November 11.

France, Wales, Scotland and the United States make up Group B.

The RLWC2021 draws were overseen by an external observer from Deloitte to ensure all procedures were followed correctly.

The event will be a landmark for the sport, with the three tournaments held simultaneously for the first time.

It culminates with a double-header men's and women's final at Old Trafford in Manchester on November 27.

"The draws have been a fantastic example of where this tournament is aiming to be in 2021," Jon Dutton, chief executive of RLWC2021, said.

"We want to deliver a truly world-class event next year and we're really excited by the first three fixtures that have come out from today's draws.

"We look forward to announcing the full schedule of games along with ticket prices in the next few months.

"We are hugely excited to welcome the competing nations to what will be the pinnacle of rugby league competition as we look to deliver the biggest and best Rugby League World Cup of all time."

🏉 The #RLWC2021Draw is now complete! Here is confirmation of what happened 👇 #RLWC2021 pic.twitter.com/O5iVFdlXiX

Prince Harry met representatives of the 21 nations playing in the RLWC2021 prior to the draws.

It comes just over a week after he and the Duchess of Sussex, Meghan Markle, released an extraordinary statement announcing plans to "step back" from their current roles.

Talks involving The Queen, Prince Harry, the Prince of Wales and the Duke of Cambridge to discuss the couple's future were held on Monday (January 13) at Sandringham Estate.

The Queen released a statement agreeing to their wish to step back as senior members of the Royal Family, become financially independent and splitting their time between the United Kingdom and Canada.

Prince Harry has been a patron of the Rugby Football League (RFL) since December 2016, when he succeeded The Queen.

The Duke also presented the 2019 Challenge Cup trophy to the winners Warrington Wolves at Wembley Stadium in August.

His and Meghan's statement said they would continue to honour their duty to The Queen, the Commonwealth and their patronages.