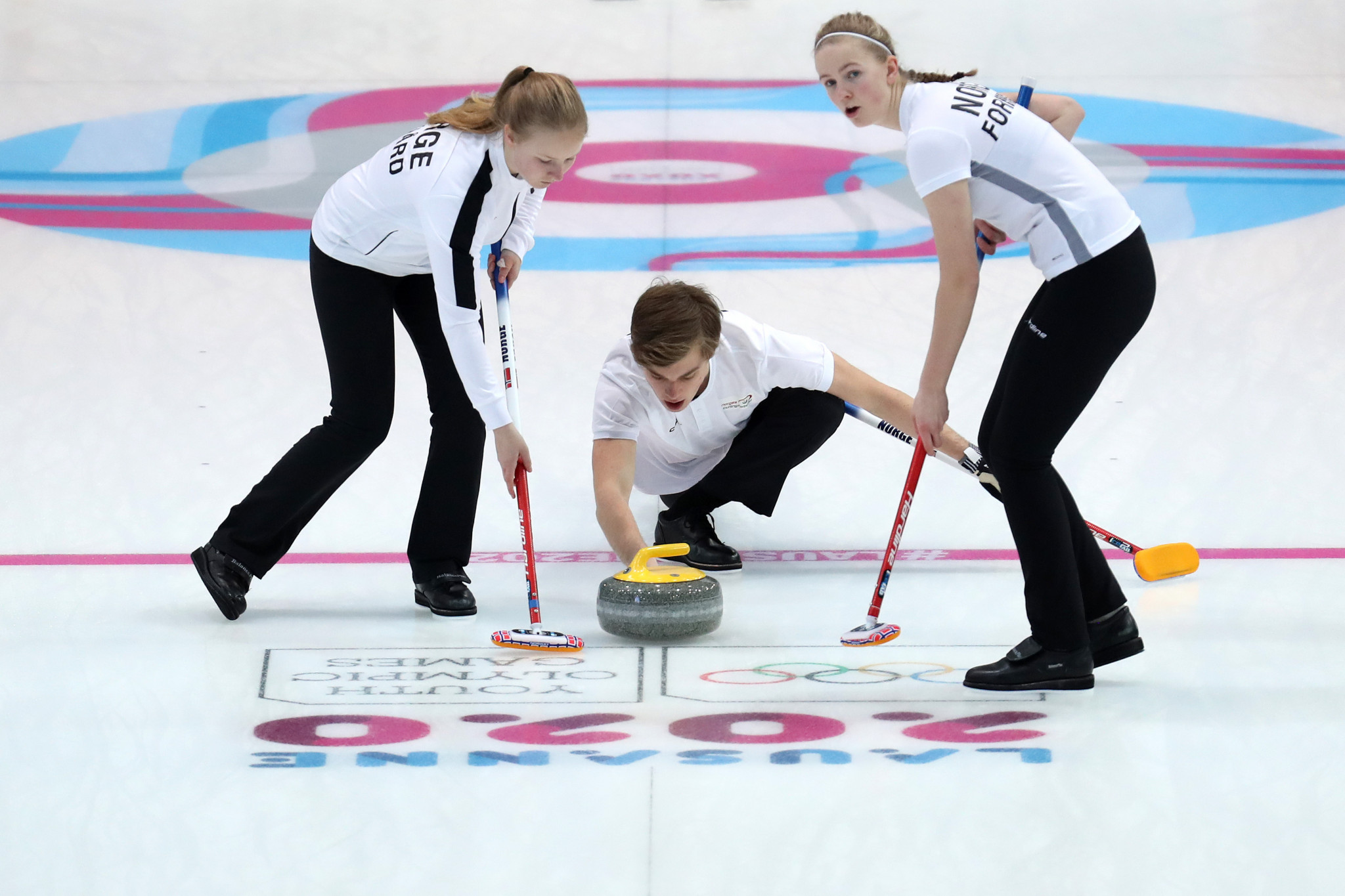 Norway edged out Japan in an extra end to clinch the mixed team curling gold medal at the Winter Youth Olympic Games in Champéry.

The Norwegian rink of Grunde Baraas, Nora Oestgaard, Lukas Hoestmaelingen and Ingeborg Forbregd earned a narrow 5-4 victory in a tense final at the Palladium de Champéry.

Trailing 4-2 going into the final end, Japan scored twice to level the contest and sent the gold medal game to an extra end.

Following a low-scoring start to the final, Norway took a 2-0 lead in the fourth end as they capitalised on a heavy draw from Japanese skip Maeda.

The Japanese rink responded with single scores in the fifth and sixth ends to square the final at 2-2.

Norway appeared to have taken the upper hand when Buraas managed two in the seventh, although he would have been disappointed it was not three.

A perfect shot from the Japanese team at the conclusion of the eighth end restored parity, but it was Norway who prevailed in the extra end, making a hit and stay take-out to score the deciding point.

"I think the biggest moment was of course the last end, but also we had a steal in the fourth end, that was pretty big,” said Norway's skip Hoestmaelingen.

"He [Maeda] was unlucky and drew a little bit too far, but then they got a steal back, it was a draw.

"Then their second point in the last end was also a really, really key moment for them."

Curling competition at Lausanne 2020 resumes on Saturday (January 18) with the opening games in the mixed doubles tournament.