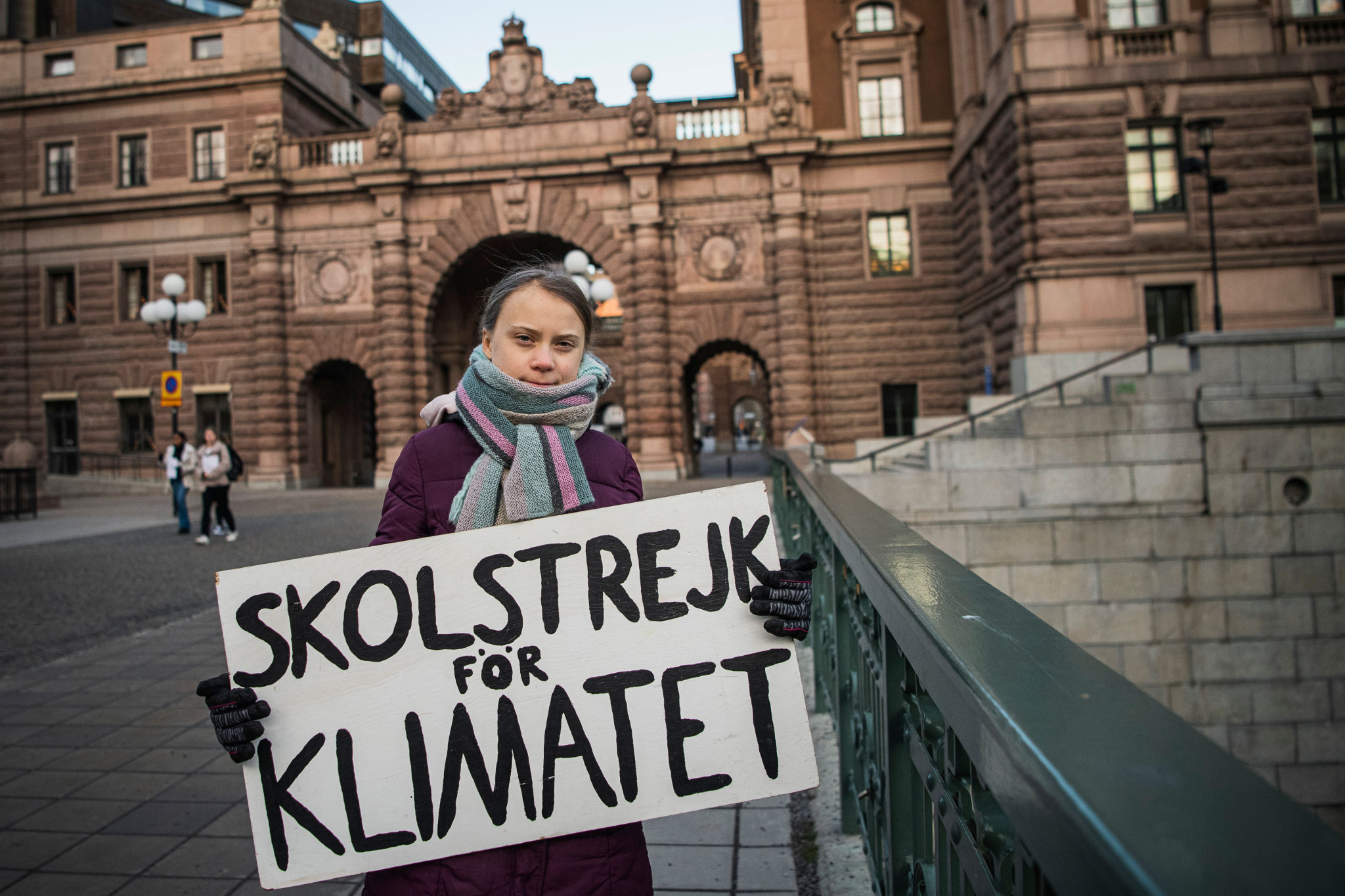 The 17-year-old first began an individual protest in August 2018, but the movement has grown since.

Thunberg has since addressed the United Nations and encouraged around four million people to join a global climate change strike, which took place on September 20.

She is expected to be present tomorrow at an event at the main train station in Lausanne, with signs having been installed to advise travellers of the demonstration beginning at 10.30am.

The event reportedly marks the one-year anniversary of the first climate strike protests in Switzerland.

Thunberg, the 2019 TIME Person of the Year, is expected to travel from Lausanne to the World Economic Forum in Davos.

The event will take place from January 21 to 25.

Athletes at Lausanne 2020 have also spoken of their concerns about the climate and highlighted their own efforts to create long-term change.

"We have a lot of competitions in the north of Norway and I try to take the train as much as possible,” Norwegian speed skater Julie Berg Sjoebrend said.

"As a team we started doing that last year, too, for the last race of the season.

"It was a long trip but it was socially fun, we watched films together.

"Greta Thunberg has been quite an inspirational figure.

"I think as sports people we have to set a good image for others."

When asked by insidethegames whether the International Olympic Committee (IOC) planned to meet with Thunberg, a spokesperson said: "We are always open for a dialogue and she is aware of this."

IOC President Thomas Bach referenced climate change as one of the areas the organisation's new Future Host City Commissions would consider when examining the potential impact on the Olympic Games.

Bach previously claimed climate change had led to a reduced number of candidates bidding for the Winter Olympics, with ski resorts instead opting to prioritise investment in summer sports.

"The mandate of the [Future Winter Host] Commission is not only to look for future hosts, but the mandate also expressively says this commission should consider what impact climate change has, or will have, on winter sports and the organisation of the Olympic Winter Games," he said last week, regarding Sapporo 2030's candidacy.

"This dialogue which we hope we can formalise after the Japanese Olympic Committee decision will already be from the very first moment about this very long-term effect.

"This is another advantage of this new procedure and in this way we can address some of the challenges already at an earlier stage."

The new headquarters of Olympic House has also been listed as one of the most sustainable buildings in the world, according to the US Green Building Council.

International Federations and National Olympic Committees will also be rewarded "through carbon offsets" if they can demonstrate willingness to tackle greenhouse gas emissions as part of a joint scheme between the IOC and Dow, the organisation's official carbon partner.

Figueres had called for the IOC to use their "unequalled platform" to promote and influence other organisations and the public to take action on climate change.