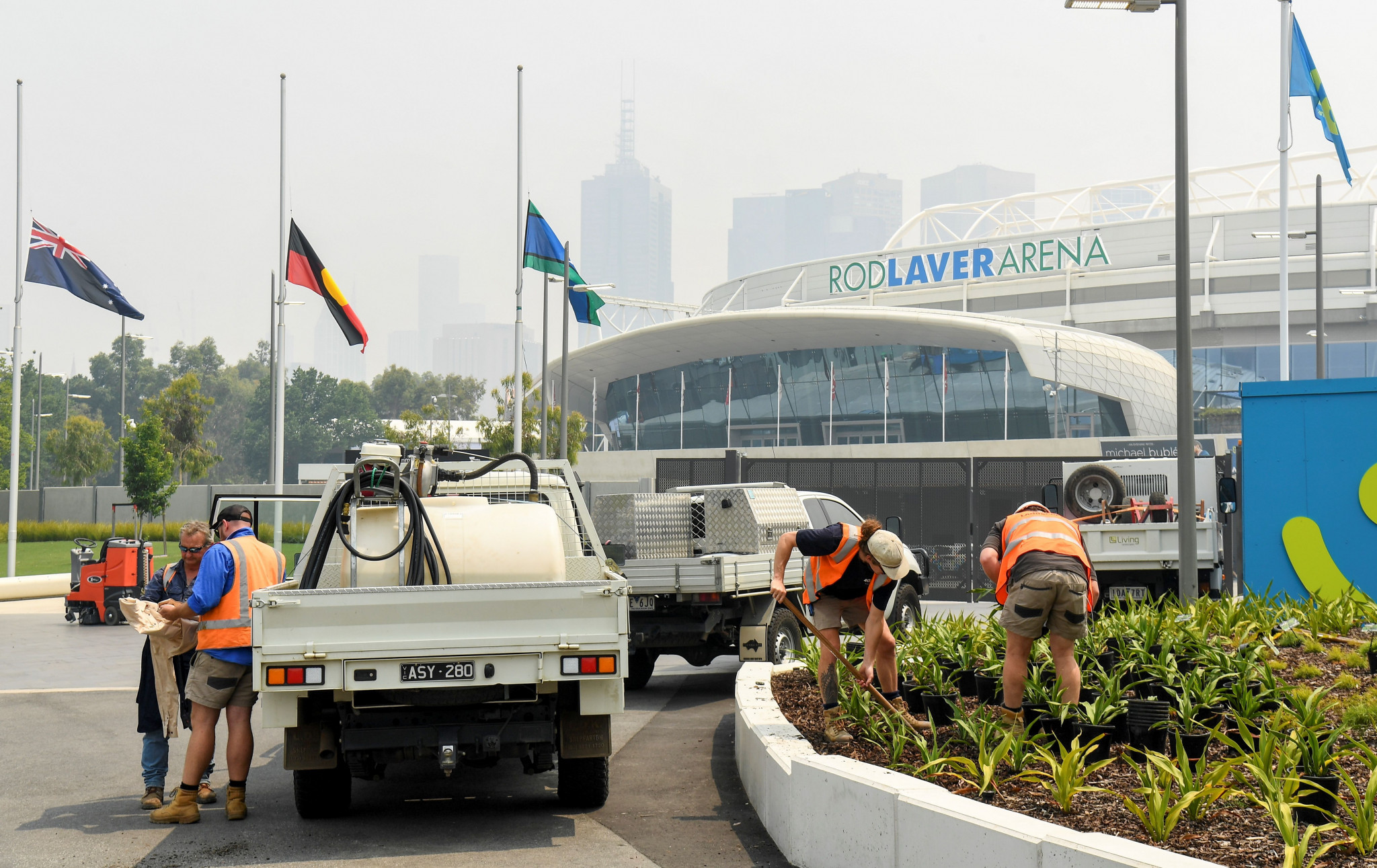 The Australian Open, the first Grand Slam tennis event of the year, is set to go ahead, despite serious concerns around air quality in the region.

Bushfires have raged in Australia for months, with Melbourne being blanketed in smoke.

Numerous players have been affected by the conditions, including Slovenia's Dalila Jakupović having to retire from her Australian Open qualifier following a coughing fit, and a match involving Maria Sharapova at a warm-up event in Kooyong being suspended.

But tournament director Craig Tiley is adamant the event will start on Monday (January 20) as scheduled and finish on time.

He understood the concerns of the players, but said the tournament organisers had spoken with a wide range of respected opinions.

"It's made more complex and is more confusing by going on an app, because there are different apps and websites that will give you different readings.

"We've been through the journey on extreme heat and we know when players respond to extreme heat, it's in many different ways.

"One thing I can say is this is about trusting the medical and scientific advice - we care deeply about the players.

"Our medical team were satisfied with the condition in which the players were competing as per all the research and the data and the science they have, but they also make an assessment."

The tournament has scheduling flexibility, with three environments to play matches and outdoor courts - roof cover is available on Rod Laver, Margaret Court and Melbourne Arena.

However, there is a great deal of concern amongst numerous players, with Great Britain's Liam Broady the latest to express his anger.

He lashed out at an email sent to the players by Tennis Australia and the Association of Tennis Professionals Tour defending the conditions, claiming it "boils his blood" that he had to play his first-round qualifier on Tuesday (January 14).

The 26-year-old claims he was "gasping for air" on his way to defeat against Belarusian Ilya Ivashka.

"The more I think about the conditions we played in a few days ago, the more it boils my blood," Broady posted on social media.

"We can't let this slide.

"Citizens of Melbourne were warned to keep their animals indoors the day I played qualifying, and yet we were expected to go outside for high-intensity physical competition?

"Where is the protection for players, both male and female?"

There were no problems with air quality today, as qualifying continued, with heavy rain having brought in cooler conditions.