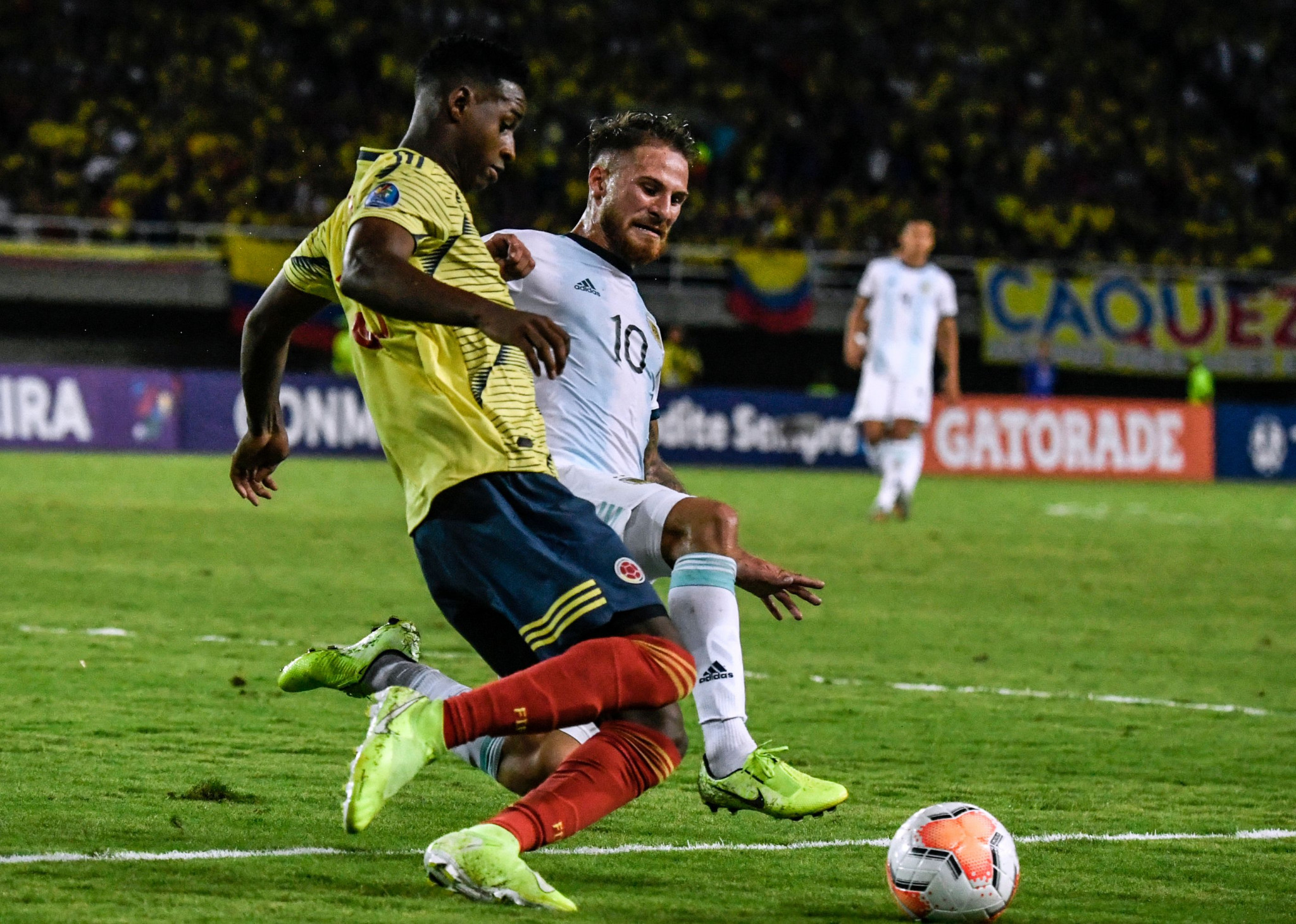 Argentina came from behind to beat hosts Colombia 2-1 on the first day of the South American Football Confederation (CONMEBOL) Pre-Olympic Tournament.

Jorge Carrascal gave the home side the lead after seven minutes at Estadio Hernán Ramírez Villegas in Pereira, as the race for two spots in the men's tournament at Tokyo 2020 began.

Double Olympic champions Argentina are bidding for another gold medal after claiming back-to-back wins at Athens 2004 and Beijing 2008.

It turned out to be a bittersweet game for Mac Allister, who is of Scottish dissent, as the midfielder was sent off for a second bookable offence with three minutes remaining.

In the day's other Group A game, Chile cruised past Ecuador 3-0 with all of the goals arriving in the second half.

Ecuador were reduced to 10 men before 30 minutes had been played after Jordy Alcivar was shown two yellow cards.

Jackson Porozo then put through his own net to give Chile the lead shortly before the hour mark, and Camilo Moya made it 2-0 on 76 minutes.

Iván Morales scored a third in the fourth minute of added time to add extra gloss to the score.

The Rio 2016 gold medallists will square off against Peru at Estadio Centenario in Armenia.

Uruguay will meet Paraguay in the day's other game.

The top two teams in each group will advance to another group of four, from which the top two will qualify for Tokyo 2020.

Men's Olympic football is an under-23 sport, although three overage players are allowed in each squad.