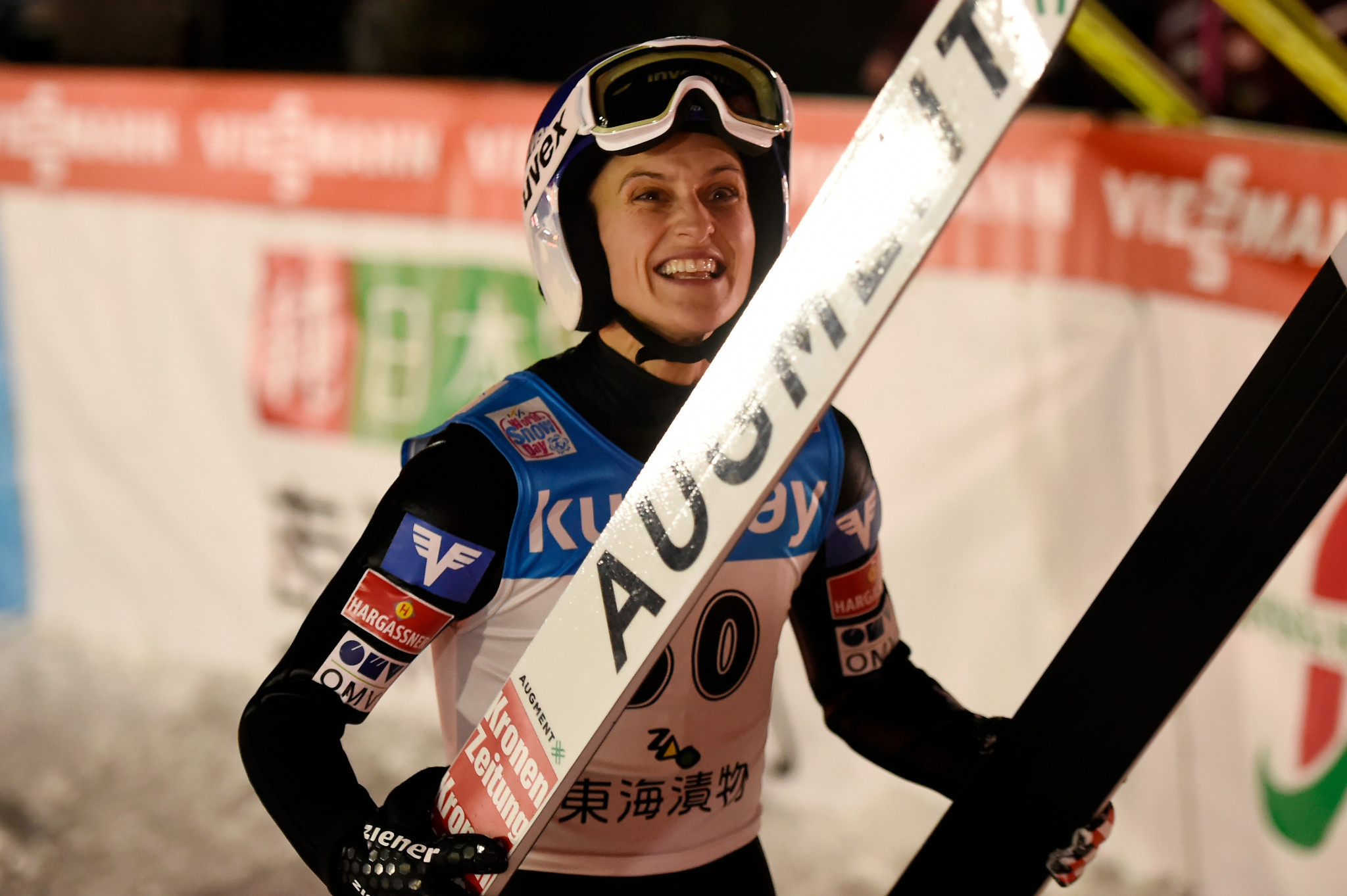 Eva Pinkelnig continued her superb form in Japan as she won on the Women's Ski Jumping World Cup circuit for the third event in a row.

The Austrian triumphed today in Zao to make it two individual victories at the Yamagata hill in three days.

She also won the second competition held in Sapporo last Sunday (January 12) with her three Japanese victories remarkably the only World Cup wins the 31-year-old has managed in 70 attempts.

Pinkelnig, who also helped Austria to the team title in Zao, flew out to 99 metres and 95m today for a winning points tally of 226.5.

Lundby, who won the opening two competitions on home snow in Lillehammer, continues to lead the overall standings, however.

After seven events she has 510 points, but Pinkelnig is now only one behind on 509.

The women's season resumes in Râșnov in Romania on Saturday (January 25), with the first of two competitions.