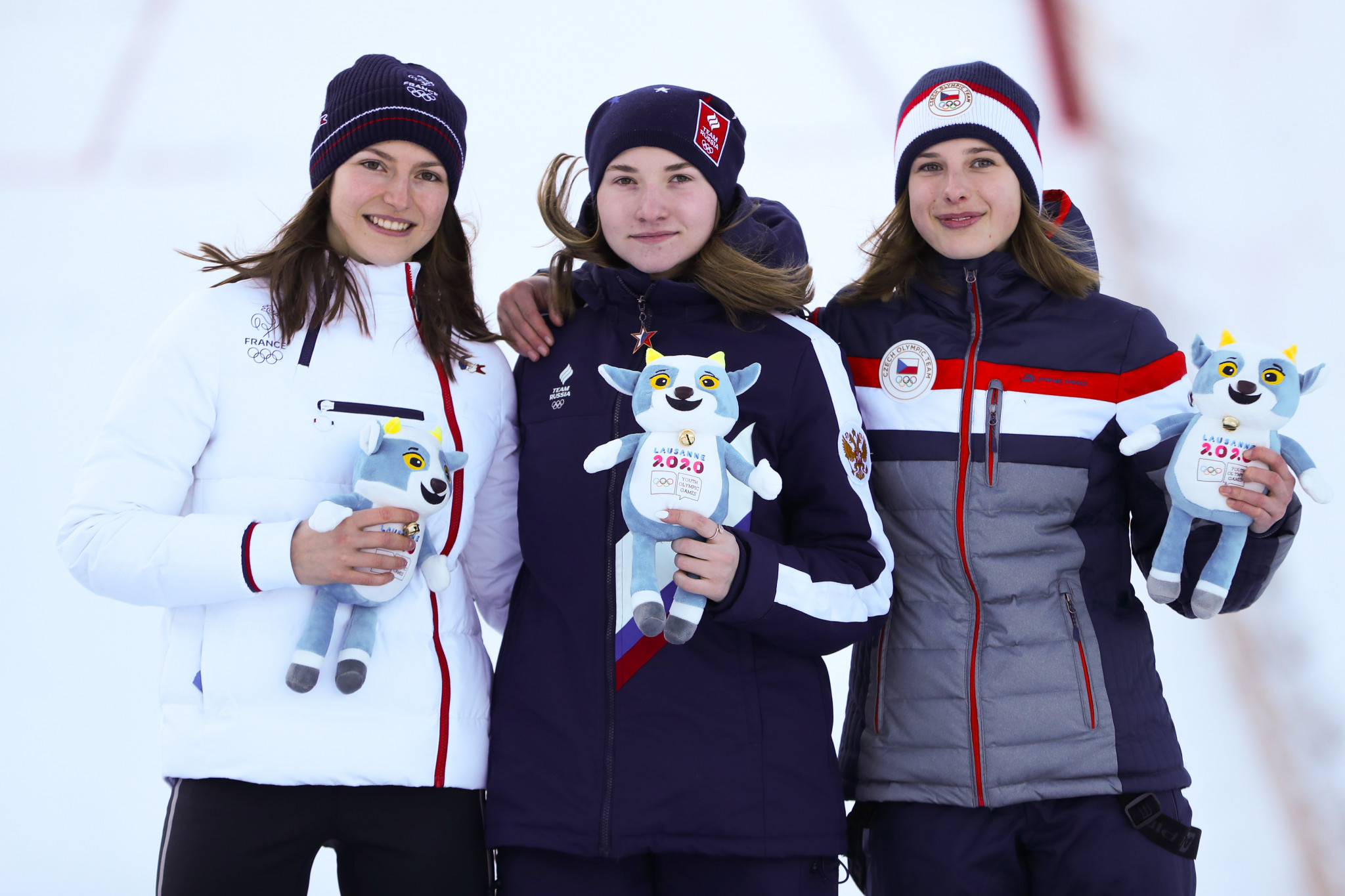 Shpyneva produced a superb final jump to move up from second position in the standings in the women’s event at Les Tuffes Nordic Centre over the border in France.

France’s Josephine Pagnier had led the competition at the halfway mark, scoring 124.2 points to Shpyneva’s 119.8 in the opening round.

A score of 109.8 points in the second round saw Shpyneva keep the pressure on her rival, Russian moving onto a total of 222.8

It put the pressure on Pagnier, who was only able to manage a score of 98.6 points.

It meant Pagnier had to settle for the silver medal before her home crowd on 222.8 points, ending 6.8 points behind the winner.

Czech Republic’s Štěpánka Ptáčková leapt onto the podium by achieving the second highest score in the final round with 104.9 points.

Ptackova finished the competition with 214.6 points in total, with her effort pushing Austria’s Julia Muehlbacher down from third to fourth place on 205.9.

Woergoetter ensured there was no change at the top of the men’s ski jump standings, delivering the furthest jumps in both rounds of the event.

It proved a convincing victory, with his nearest challenger finishing over 10 points adrift in the standings.

Slovenia’s Mark Hafnar secured the silver medal with a tally of 247.1 points.

He was sandwiched between two Austrians on the podium, David Haagen earning the bronze medal.

Haagen, second after the opening round, completed the podium with a score of 244.5 points.

Ski jumping competition is due to conclude tomorrow with the team event.