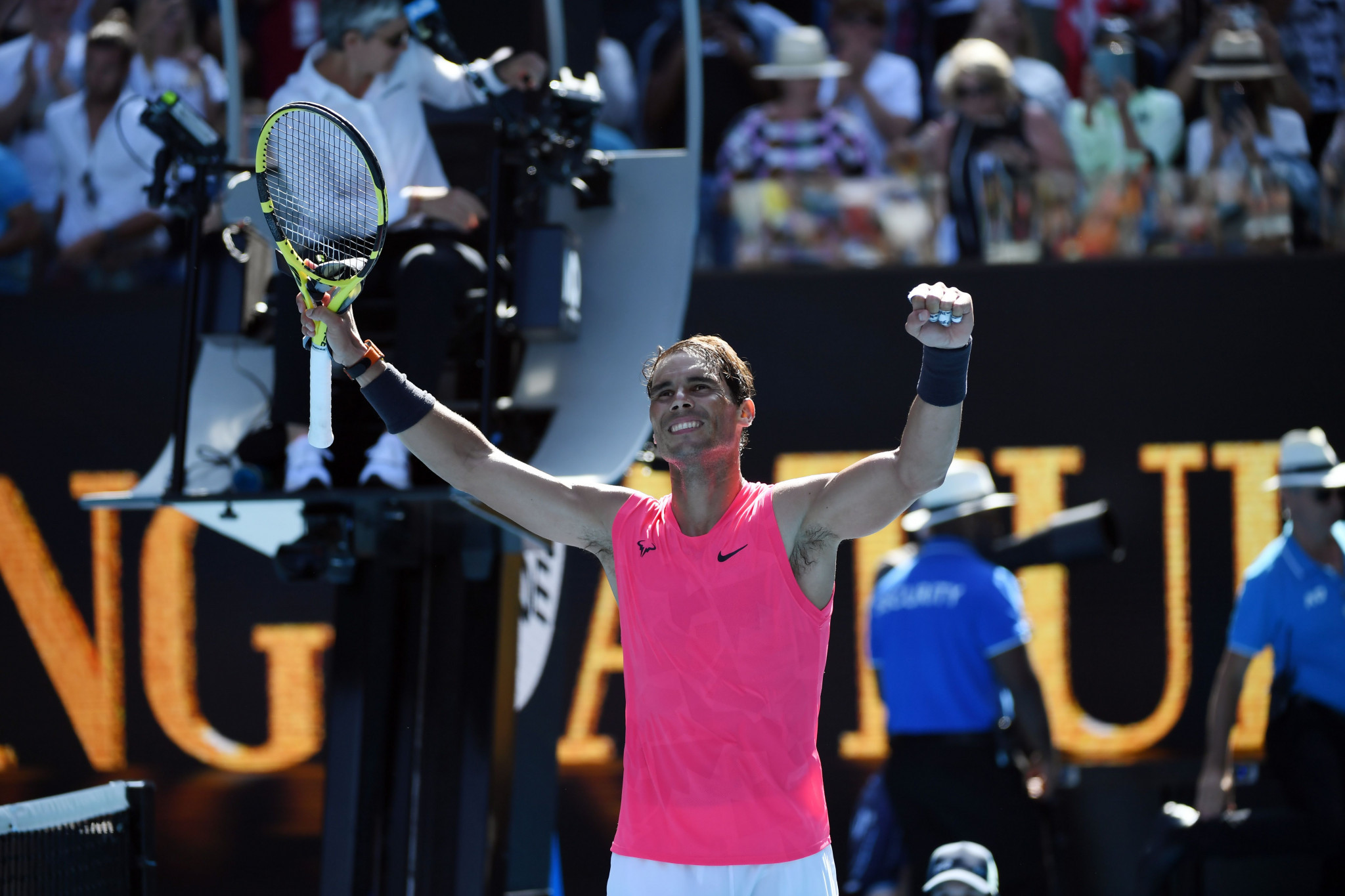 World number one Rafael Nadal eased through his first-round tie on day two of the Australian Open.

It continues the 33-year-old's quest for a 20th grand slam singles title, and a second in Australia after his 2009 triumph.

Dellien was Nadal's practice partner as a 17-year-old at the 2011 French Open, the grand slam the Spaniard has won 12 times to earn himself the nickname the King of Clay.

He is now the first Bolivian to have played at the Australian Open, but Nadal blew him away.

"He's a fighter, he has a great story behind him," said Nadal, who would draw level with Swiss legend Roger Federer if he claimed his 20th grand slam.

"I'm happy for him that he's playing at a very high level.

"It's a positive start for me here.

"What you want in the first round is just to win, and if it's in straight sets, it's better."

Alexei Popyrin went through against 28th seed Jo-Wilfried Tsonga, the 2008 finalist, after the Frenchman retired with a back injury.

Twelfth seed Fabio Fognini came from two sets down to beat American Reilly Opelka 3-6, 6-7, 6-4, 6-3, 7-6 in a bad-tempered affair, which saw the US player clash with the umpire and the Italian smash his racket.

"It's tough for me to tell what's going to happen in 12 months' time," said five-time Grand Slam champion Sharapova, who admitted she might not return to Melbourne.

"I haven't thought of my schedule moving forward from here yet."

Britain's 12th seed Johanna Konta was the biggest casualty of the day, going down 6-4, 6-2 to Ons Jabeur of Tunisia.