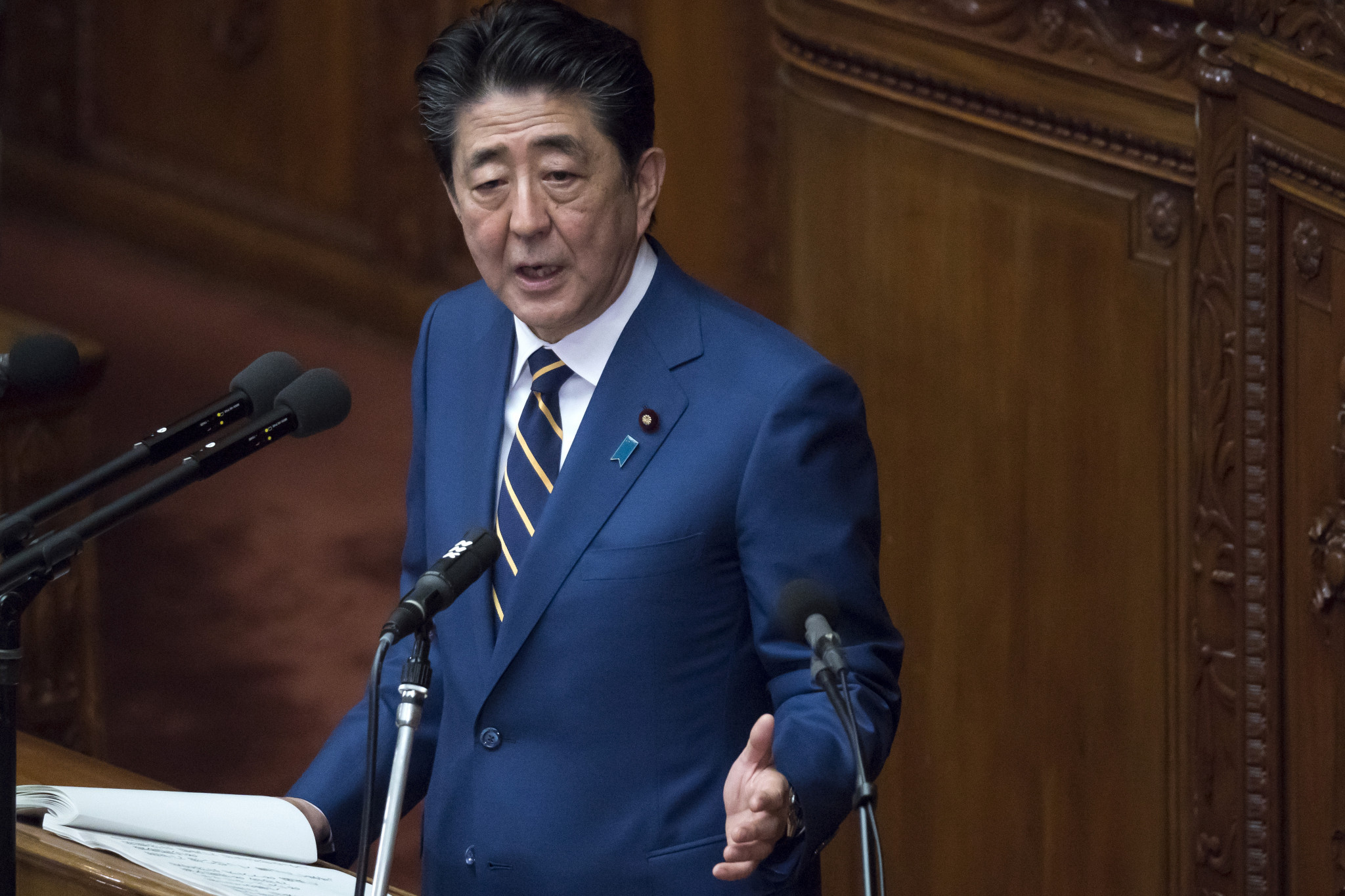 Japanese Prime Minister Shinzō Abe has said this year's Olympic and Paralympic Games in Tokyo will mark a new era for the host nation.

Abe made the claim during his policy speech at the start of the regular session of the National Diet in Tokyo.

He began by recalling the last time Tokyo hosted the Olympics in 1964, seen as marking Japan's return to the global stage after its defeat in World War Two.

"The first-ever live broadcast of an Olympics," Abe was reported as saying by The Straits Times.

"As the entire world watched, the final runner entered the National Stadium, Olympic Torch in hand.

"It was a 19-year-old youth from Hiroshima, born on the day the atomic bomb fell, and his dynamic running showed that our nation had fully recovered from being flattened by bombings and, full of confidence and pride, proclaimed to the world Japan was embarking on an era of rapid growth."

Referring repeatedly to the Olympics, Abe sought to link the event to his policy ambitions.

He also stated Tokyo 2020 will bring all the people of Japan together to walk forward together into a "new age", after more than two decades of economic stagnation.

The Torch Relay for the Olympics is due to begin in Fukushima, struck by one of the worst natural disasters ever to hit Japan when an earthquake and tsunami triggered a nuclear disaster in 2011, on March 19.

Around 16,000 people lost their lives and Tokyo 2020 organisers, and the International Olympic Committee, are attempting to use the Games to aid the recovery of the region.

Abe labelled Tokyo 2020, scheduled from July 24 to August 9, as the "Recovery Olympics".

"We are going to make dramatic reforms on the matters that affect the shape of our country, including social security," Abe was reported as saying by The Japan Times.

"A new Reiwa era has begun.

"The Olympics and Paralympics are ahead of us.

"As we are filled with a lively feeling for the future, now is the time to implement them.

"We can't carry out responsibilities for the next generation if we procrastinate."