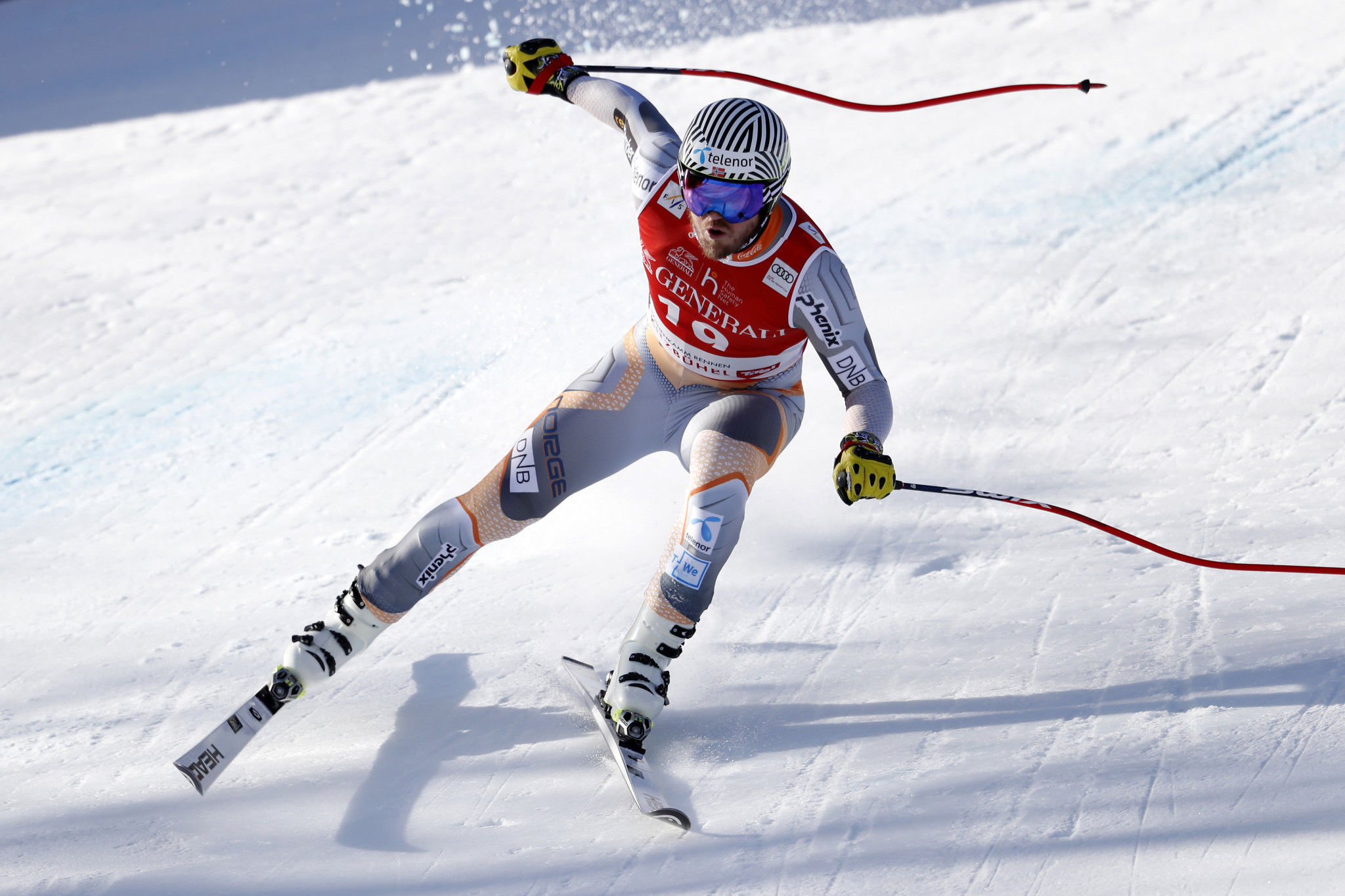 It was the 13th World Cup super-G win of the Sochi 2014 gold medallist's career, and his first since November 2018.

The race was the first of three, with downhill and slalom scheduled for tomorrow and Sunday, respectively, at an event where more than 80,000 spectators are expected on the Hahnenkamm slopes.

The 34-year-old Jansrud finished in 1min 14.61sec to hold off the challenge of fellow Norwegian Aleksander Aamodt Kilde and home skier Matthias Mayer, joint second at 0.16sec back.

No(r)way!! 🇸🇯 @Kjansrud is back on top of the podium at @hahnenkammrace in front of teammate @AleksanderKilde and local hero @matthiasmayer_! Jansrud scores the "double" in Kitzbühel, after winning DH on the Streif in 2015! #fisalpine pic.twitter.com/8F0VLy5HxB

Kilde now stands second in the overall men’s World Cup rankings after 22 of 44 races on 671 points, behind fellow Norwegian Henrik Kristoffersen, who has 691 and is expected to contest the slalom - in which he also leads the World Cup standings - and France's Clément Noël.

Mayer's result has established him in fourth place in the overall rankings on 592, ahead of Italy's Dominik Paris, whose season was ended by a serious knee injury while training earlier this week.

Jansrud is now joint-second in the World Cup super-G standings on 236, behind Mayer on 264,

He shares that position with Kilde and Austria’s Vincent Kriechmayer, who was sixth today at +0.79.

Last year's winner of this event, Josef Ferstl of Germany, had a less happy experience, finishing 36th, 2.10 behind the winner.