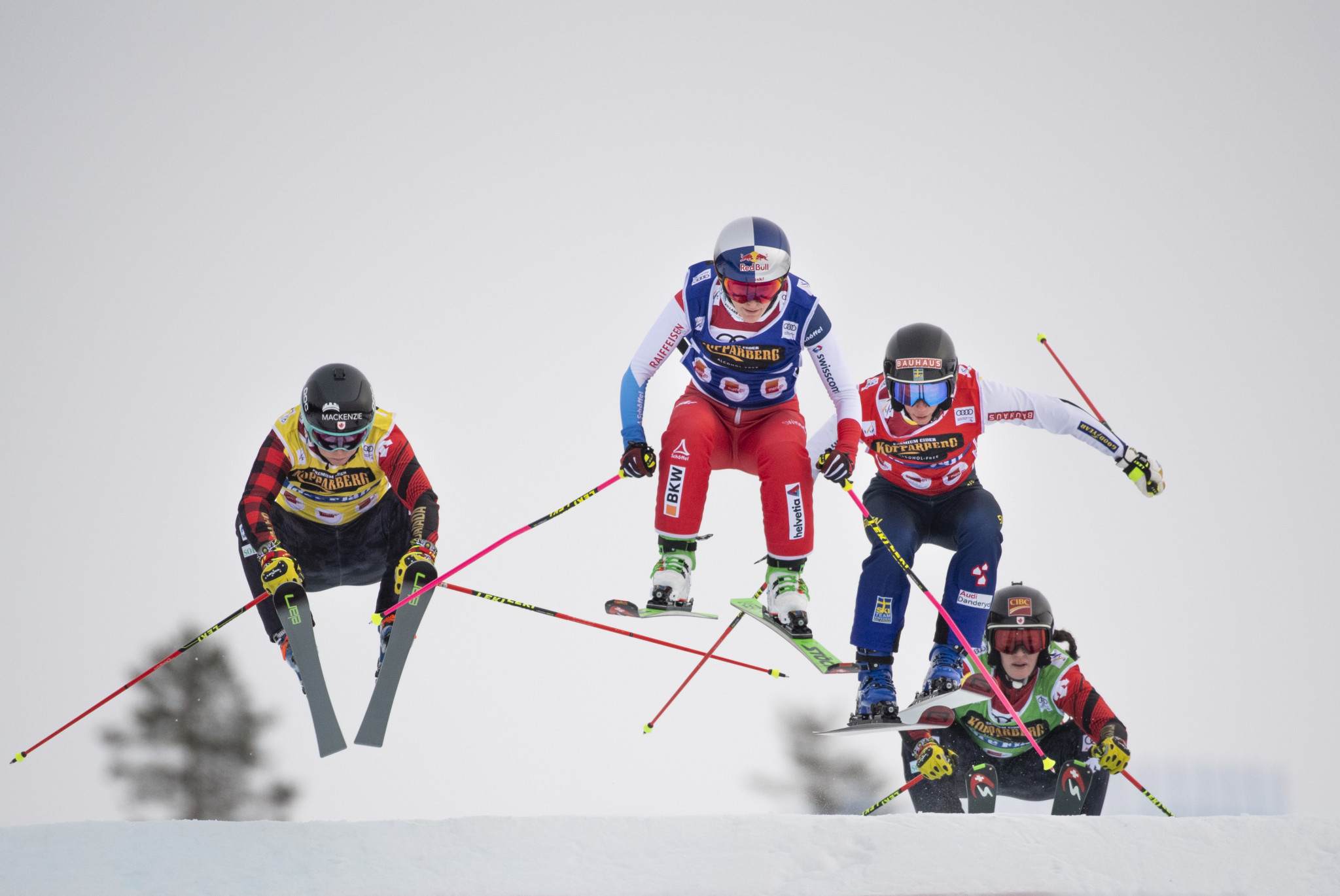 Näslund headed into the final having won all of her previous heats while Smith, the Olympic bronze medallist from Pyeongchang, aimed to close the gap in the World Cup standings.

The Swede and Canadian Marielle Thompson started well, with Smith and Thompson's compatriot Brittany Phelan struggling to get out of the gates.

While Phelan sat in the backseat, Smith made her move, taking the highest line on the negative turn, giving herself enough momentum to take her into the lead.

Soon after Phelan overtook her teammate in the final jumps while Smith managed to hold off a pressing Näslund, defending her win here from last year.

“It is really cool," said Smith, "It was my 100th World Cup start today, so I am really happy to win this race.

"It is always a lot of fun being here in Idre with such a great track.

"It is also great to have my family here for this occasion, they come here every year to cheer me on.”

The Swiss were as successful on the men's side as Ryan Regez made it two for two in gold medals.

Andersson, like Näslund, was fast out of the gate but Regez quickly gained the lead on an early turn.

Yet, the negative turn would be the crucial moment in the race as Leman and Place took advantage of a high line to go into first and second.

However, the Swiss skier mastered the roller section and had a double-pass on the Canadian and Frenchman completed just before the line, knocking the Swede off the podium completely.

“I was having a really great race up until the finals, where I messed up the start completely," said Regez, "But I then managed to pass, I got in the lead and then I got totally blown off by the negative turn, but I managed to hit the elements perfectly in the bottom section and just take the win.”

Näslund leads the World Cup standings ahead of Smith and Thompson, with Regez closing the gap on Kevin Drury in the men's standings, after Drury suffered a crash in the heats.