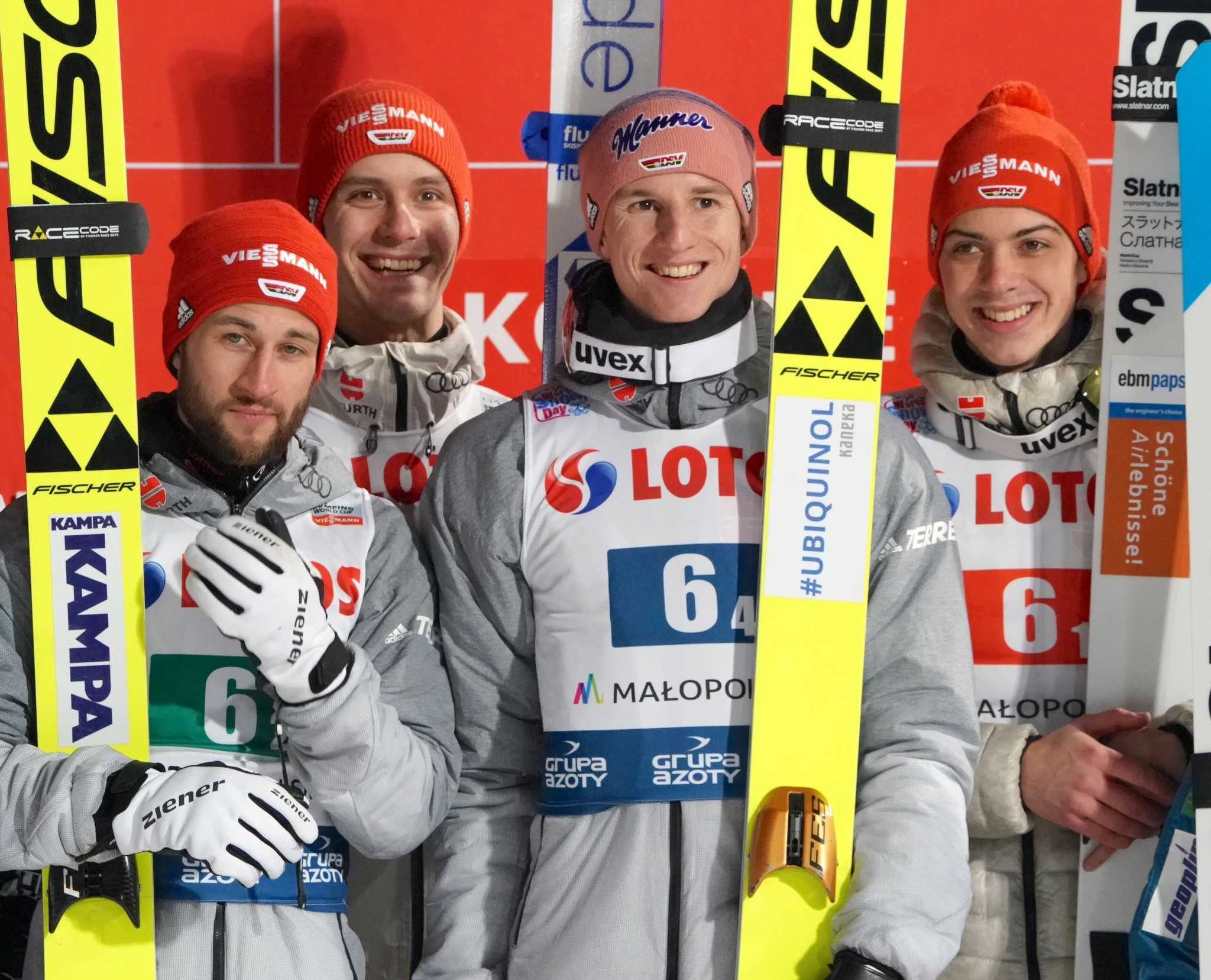 Their victory saw them secure back-to-back titles, having topped the podium at the Polish resort last year.

The result saw Germany move up into third place in the Nations Cup standings on 2,592 points.

Despite finishing off the podium, Austria maintained their lead and have 2,946 points, while Norway remain in second on 2,757.

Dawid Kubacki of Poland will be aiming for a home triumph.

He is currently in imperious form, having taken the Four Hills title and triumphing in a Titisee-Neustadt double-header last weekend.