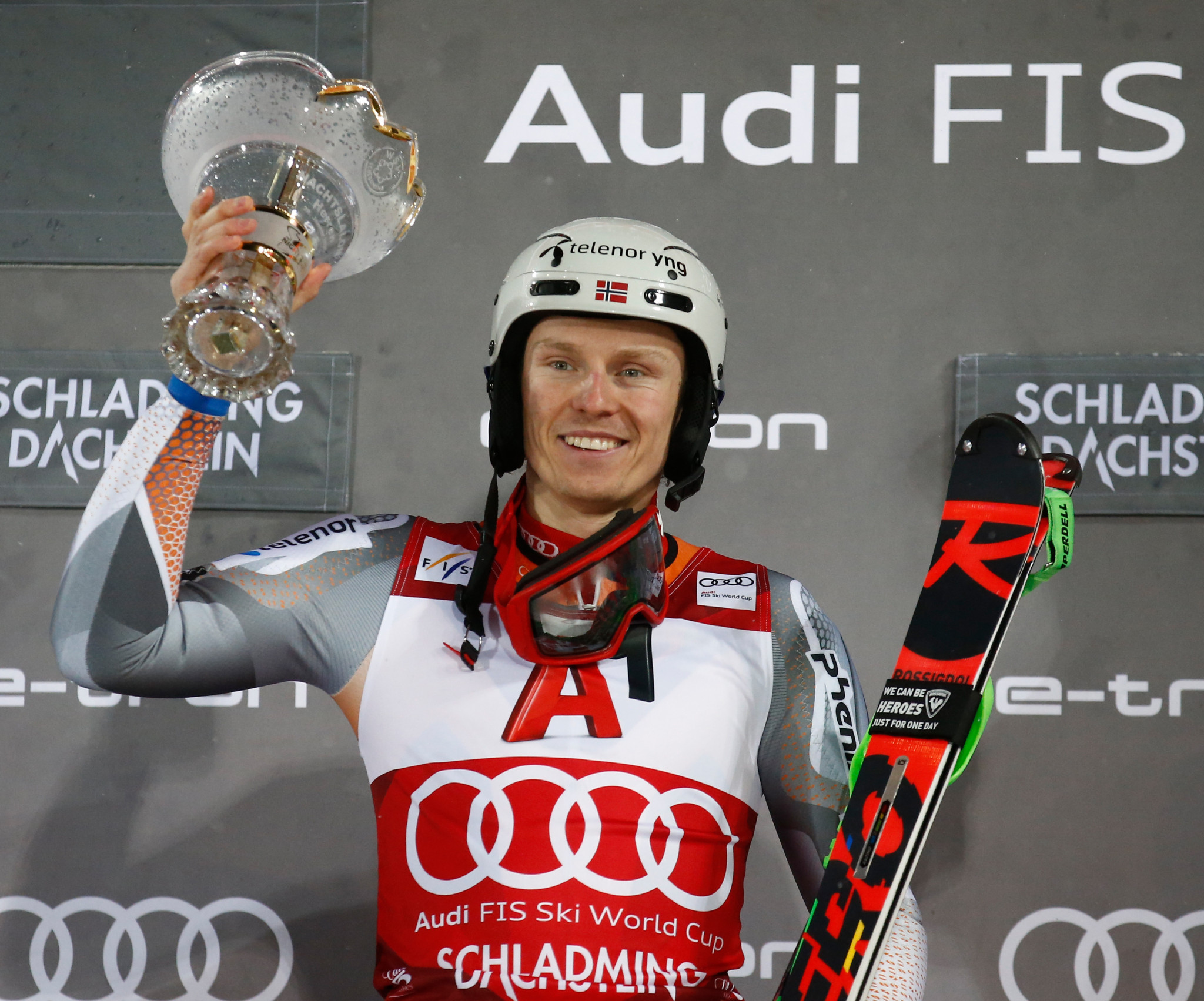 The 25-year-old clocked a time of 1min 42.37sec to beat nearest challenger Alexis Pinturault of France by 0.34 seconds on the Planai course.

Switzerland's Daniel Yule, winner of the slalom event in Kitzbühel on Sunday (January 26), was a further 0.49 seconds behind in third place.

Victory for Kristoffersen is the fourth of his career in the Schladming slalom.

It moves him onto 841 points at the summit of the FIS Alpine Ski World Cup overall standings.

Pinturault has risen up to second place with 722 points, while Norway's Aleksander Aamodt Kilde, who did not compete today, has dropped to third with 700.

In the World Cup slalom standings, Kristoffersen is out in front with 552 points.

The men's FIS Alpine Skiing World Cup season is due to continue in German town Garmisch-Partenkirchen this weekend.

A downhill event on Saturday (February 1) will be followed by a giant slalom competition on Sunday (February 2).