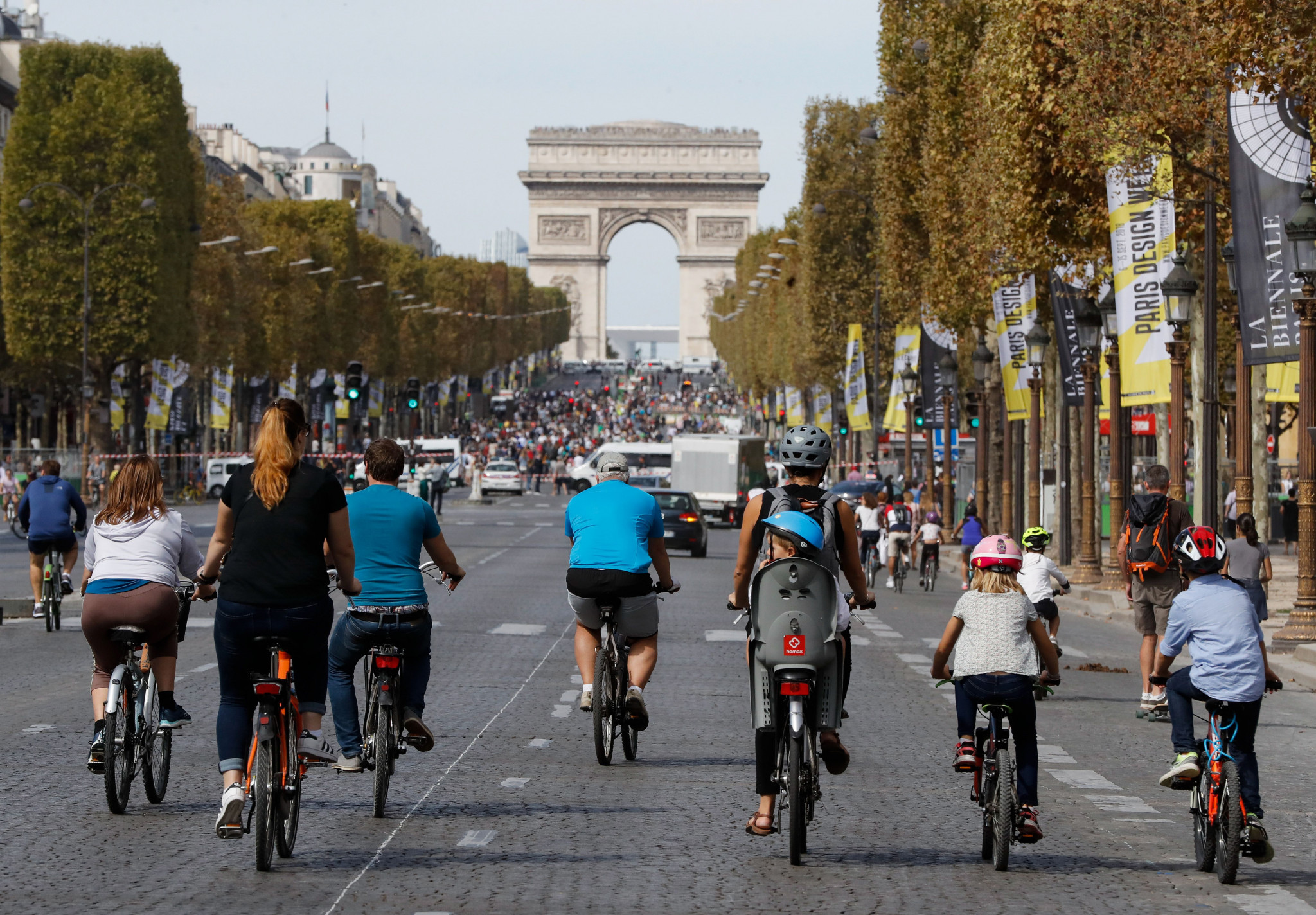 Paris Mayor Anne Hidalgo is pledging to make every street "cycle-friendly by 2024" if she is re-elected in March.

The current Mayor and Socialist Party candidate for the upcoming election wants to introduce a cycle path to every road in the capital, while making key roads inaccessible to motor traffic.

it is part of her "ecological transformation of the city" to improve the "daily life of Parisians".

Having launched "Plan Velo" in her first term, Hidalgo wants the implementation of segregated cycleways on all bridges, along with replacing inner-city car parking with allotments and children's playgrounds.

This includes the Olympic cycle loops linking to every Olympic site and the territories.

The Paris 2024 project is doubling the number of bicycle lanes by the end of this year, allowing 70 per cent of spectators to be no more than a 30-minute bike ride away from the city's Olympic sites.

The Olympic and Paralympic Village at Paris 24 is also focused substantially on sustainable development, with 100 per cent of the Olympic family and spectators using clean transportation and total green energy during the Games.

More than 26 hectares of biodiversity will also be created on the Olympic sites in Seine-Saint-Denis, thanks to the Games

Paris is not the only city to examine the cycle-friendly concept, with London having experimented with car-free days last September, shutting 20 kilometres of city roads on a Sunday.

While Mayor Sadiq Khan was encouraged by the response, nothing has been suggested to widen the idea beyond a few days.